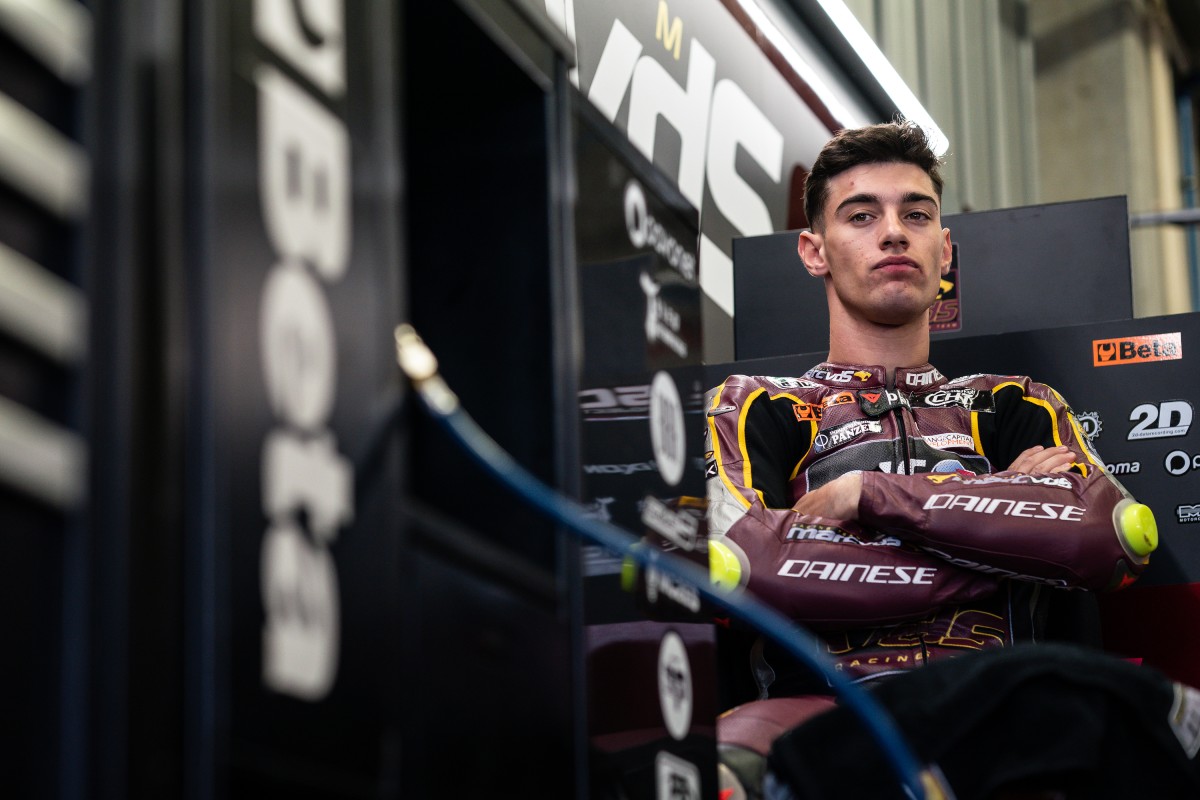 Tony Arbolino and Sam Lowes were two of eleven riders to crash out in the rain at the same corner in the early laps of a chaotic Portuguese Grand Prix, but both riders are physically OK.

The Moto2 race got underway in dry conditions at the Algarve International circuit, but rain began falling at the start of the race, making the riders’ job extremely difficult as they were riding on slick tyres.

The rain gradually intensified until the moment the leaders entered turn two on the ninth lap. Eleven riders crashed in total due to the rain, including Elf Marc VDS Racing Team riders Tony Arbolino and Sam Lowes, who were inside the top nine.

Unfortunately, neither rider could bring their bikes back to pit lane within five minutes, meaning both were ineligible to take to the grid for the restart, which was held over seven laps.

Sam started from a solid sixth place on the grid, but had a tough first lap and dropped back to eleventh place.

Lowes was recovering places and biding his time in the far from perfect conditions, despite the rain falling before his crash on lap nine.

The Briton was in some pain after he was struck by another rider’s bike in the gravel trap, but medical checks confirmed he is thankfully OK.

It’s not good that they restarted the race with the back of the grid. That was a bit strange. I honestly felt quite good in the first race. I was taking my time because of the rain but I felt good on the bike. Then we came to turn three. I crashed so fast that I don’t understand what happened. There were many bikes going either side of me so we were quite lucky. But that’s two races in a row where I’ve scored no points. It was more because of the situation than my mistake. Anyway, we’ll look forward to Jerez, which is a track that I like. This weekend I was a lot more competitive so we can hope to start in a good way.

Tony was fighting for the leading positions from the first laps, thanks to an excellent start from fourth on the grid.

The young Italian was sitting in fifth, within touching distance of the fight for the lead, which included Aron Canet, Cameron Beaubier and Ai Ogura, before he crashed on the ninth lap.

It was a strange situation and a dangerous situation. It was raining from the first lap. We saw it on the screen but the first rider was pushing and it was a race. I was hoping the rain would stop but it kept falling. But I knew it would be dangerous at one point, with more water on the asphalt. In the end it was like this. It was a really dangerous crash. It was possible that some riders had a worse outcome today. But we are all safe and, honestly, this is the most important thing. We need to understand what happened in this situation. For me, after two or three laps you could see it was raining and it was better to put out the red flag than finish like this. But we were in the first group and making good pace, so we need to keep working like this.