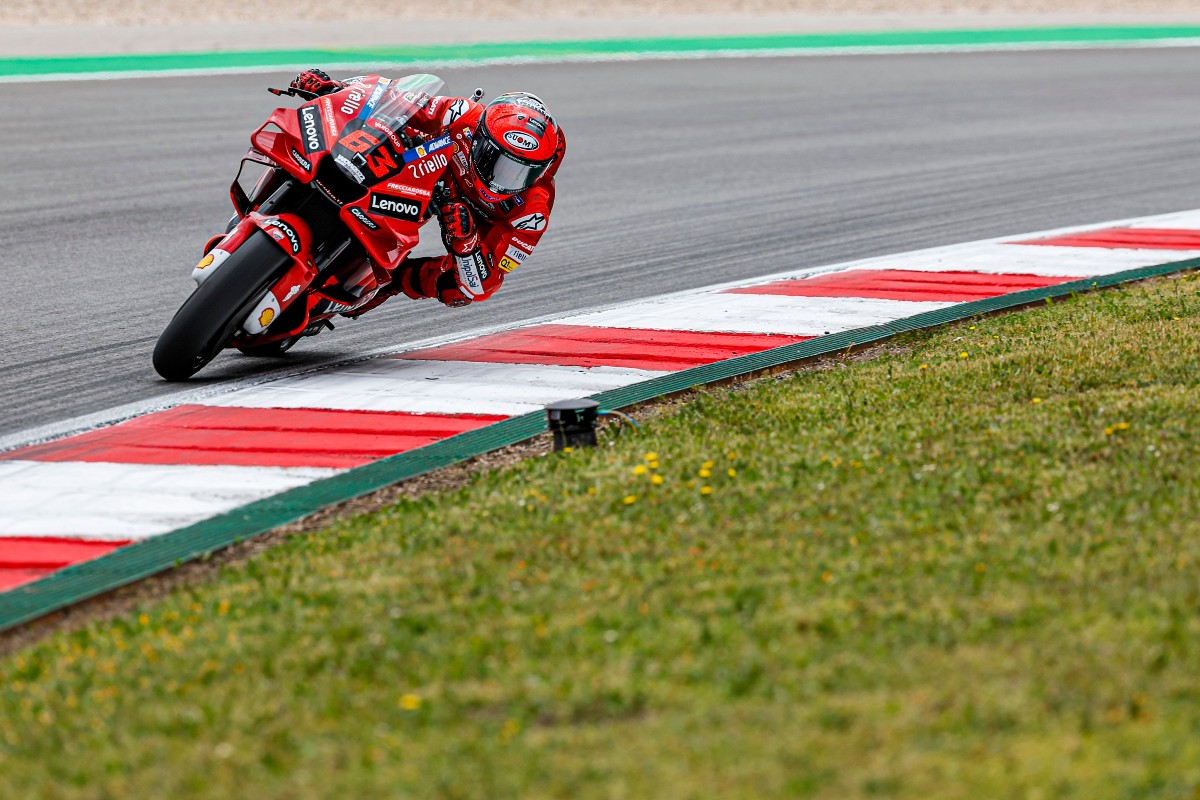 Pecco Bagnaia made a remarkable comeback at the Portuguese GP, held this afternoon at the Autodromo Internacional do Algarve near Portimão. The Ducati Lenovo Team rider suffered a nasty crash in qualifying yesterday, leaving him with a heavy injury in his right shoulder.

After receiving clearance from the Federation’s doctors to take part in the Grand Prix this morning, Bagnaia had to start from the last position on the grid. Pecco was able to control the pain making a remarkable comeback to take eighth place in the final corners after a heated battle with Pol Espargaro. Thanks to today’s result, Bagnaia scores important points for the general standings, which sees him climb to tenth place, 38 points off leader Quartararo.

On the other side of the garage, it was an unlucky race for Jack Miller. The Australian rider, who started from fourth place on the grid, was leading an intelligent race, managing to reduce his gap to Zarco and Mir, who were fighting for the second position. However, Jack lost the front while trying to overtake Mir at turn 1 and crashed, dragging his opponent to the ground. After the GP of Portugal, Miller is ninth in the overall standings, tied on points with his teammate.

Ducati retains the lead in the manufacturer’s standings, 36 points ahead of KTM, thanks to Johann Zarco’s second place on the Ducati Desmosedici GP of the Pramac Racing Team.

Our goal today was to finish eighth, and we did it, so we can be happy. It wasn’t easy, but my team and the Clinica Mobile did a great job, putting me in a position to race. I tried to stay calm at the start, but it wasn’t easy. Then, fortunately, I was able to find my pace and my feeling with the bike was incredible even though we had little time to test it in the dry. I’m satisfied with the result, and now I’ll try to rest and recover as much as possible ahead of Jerez.

At the beginning of the race, I tried to manage to save the tyres until the end. I had a good pace, and my feeling was improving lap by lap. When the others started to suffer, I felt I had more than them: I caught Mir, and when I thought I was close enough, I tried to pass him on the inside. I touched the brake a little, and maybe I ended up on a wet patch (still present at Turn 1) and crashed, bringing him down too. I am sorry, and I apologise to him and my team. We’ll try again next week at Jerez.

The Ducati Lenovo Team riders will be back on track in less than seven days for the Spanish GP, scheduled from 29th-1st May at the Circuito de Jerez Angel Nieto in Jerez de la Frontera.