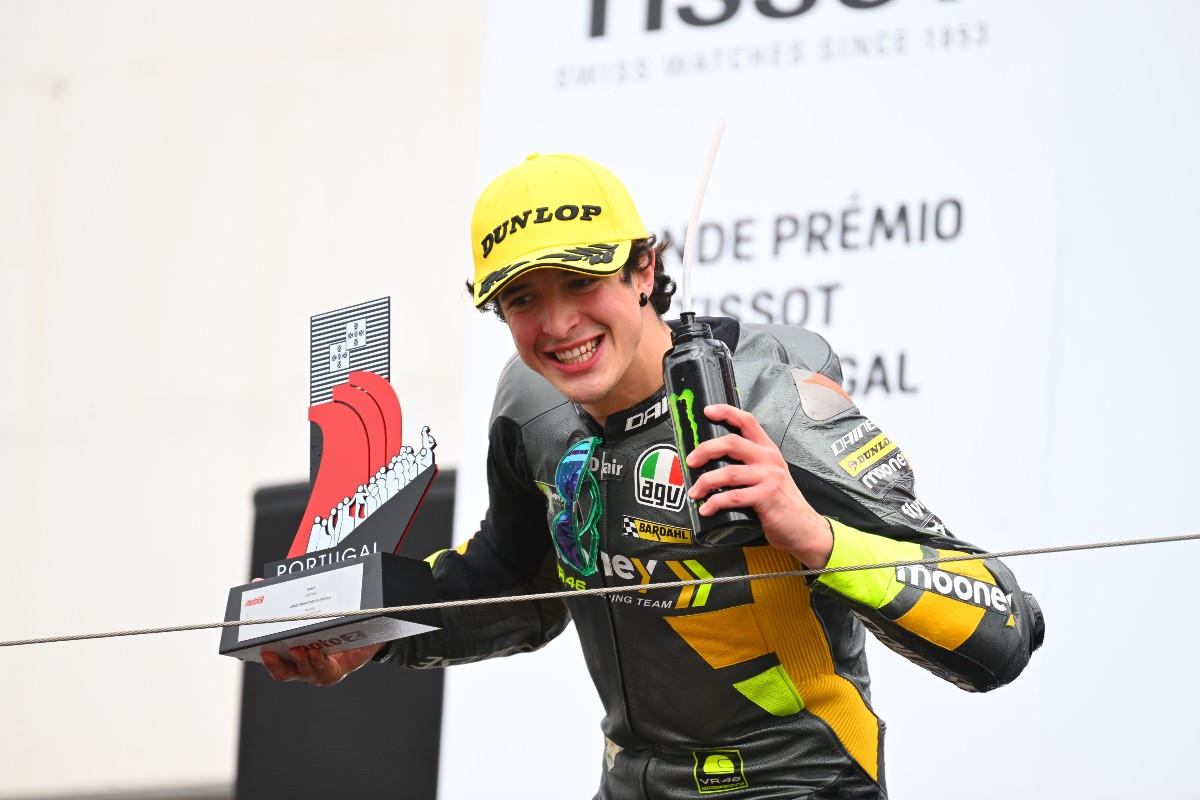 Celestino Vietti crosses the finishing line of the Portuguese GP, reduced to just seven laps after the group crash and the red flag immediately after the first start, in second place and conquered the fourth podium of the 2022 season, consolidating his provisional leadership in the general standings. A bad crash instead for Niccolò Antonelli who suffered a hard hit on his left side.

Starting from the 13th position of the grid on the first start and in P11 at the time of the accident that involved eight riders due to the rain that suddenly began to fall in the Algarve circuit area, Celestino was immediately among the protagonists. Third at the second start, he picked up the pace of the riders fighting for the podium and in the last lap he took the second place. With today’s points, he confirms the provisional P1 in the general standing with 90 points (34 points ahead of Ogura).

Complicated Sunday instead for Niccolò Antonelli, who crashed during the third lap of race 2 when he was in the points area in 12th place (P17 at the second start). A bad crash and a hard hit to his left side forced him to a more in-depth medical check-up at the Portimao Hospital to exclude further consequences.

For both of them next appointment scheduled at Jerez de la Frontera in just seven days for the Spanish GP.

An unexpected result after a difficult qualifying yesterday. In the dry I have struggled and was only expecting points for the race. The podium was a surprise: in race 1 I was lucky not to get involved in the crash, while in race 2 we knew we could do well but we didn’t have to take too many risks. I tried do to my best on the last lap and it went well. The Team did a great job, they managed the tension and the particular situation of today in the best possible way. This podium and these points are crucial for the Championship.

A real shame about the crash, because after the second start I had a good pace and I was in the points when I crashed. I took a bad hit to the side, I hope nothing serious, but in the hospital I will do all the necessary investigations to exclude complications.

#PortugueseGP
Get All Our Latest News Sent Direct To Your Inbox
Join 30,253 other subscribers.
Follow on Social Media
Get the VROOM Podcast
Download our Vroom.GP App