Deniz Öncü close to first podium with 4th in #PortugueseGP 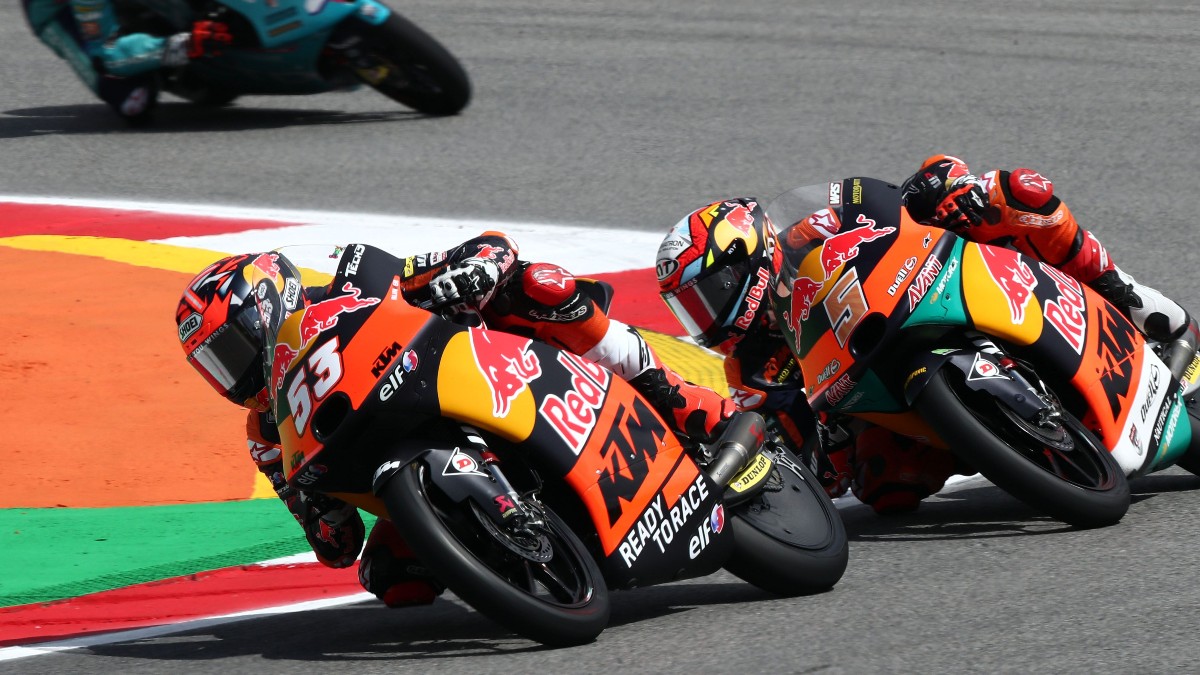 The Red Bull KTM Tech3 team was eager to start the Grande Prémio Tissot de Portugal from the pole position today, its first of the season. Deniz Oncu had an impressive qualifying day on Saturday which saw him get the fastest lap of the weekend after coming back from qualifying 1. Following two days of rain, the sun was out in Portimao this morning, meaning that the Moto3 class was set for twenty-one laps on a dry track.

Turkish rider Deniz Oncu set the fastest lap of the warm up session, thus getting the Red Bull KTM Tech3 crew confident that a good result was possible. Deniz was starting from the pole position for the second time of his career, and took an incredible start when the lights went out at 11:20 local time (GMT-1). He immediately took the lead after the first corner, and led the entire first lap.

Very quickly, Deniz was amongst the group of five riders who dug the gap with the rest of the class, all riding with the same pace, faster than the others. On lap 9, he registered his fastest lap of the weekend in 1’48.543, while entertaining the audience with some good fights with the likes of Sergio Garcia, Jaume Masia and Ayumu Sasaki. Oncu entered the final lap in fourth position and did not manage to get enough aspiration in the straight to overtake. He did his best to grab some positions, but it was unfortunately not enough. He misses out on his first podium of the season by 0.100 seconds behind ex-team mate Ayumu Sasaki, and finishes in P4, his fourth top 5 of the season, meaning that he adds another thirteen points to his counter in the Moto3 championship and remains fifth after five races.

Unfortunately, Adrian Fernandez was unable to ride this weekend following his crash on Friday morning. He broke two of his fingers (left hand), but is confident that he will be able to attend the Gran Premio Red Bull de España to be held in Jerez in a week’s time.

We had a good weekend. We started with wet conditions and I got my first pole position of the season. We had a good race and had some good fights with the four other riders. I got confused today and ended up making a big mistake as I thought that we still had one lap to go, and I had prepared myself to attack in the final lap. When I saw the chequered flag, I was so disappointed with myself. I finished in P4, which is still good. Next week, we are going to Jerez, and we will try to do our best again.