Double DNF for Bastianini and Di Giannantonio in #PortugueseGP 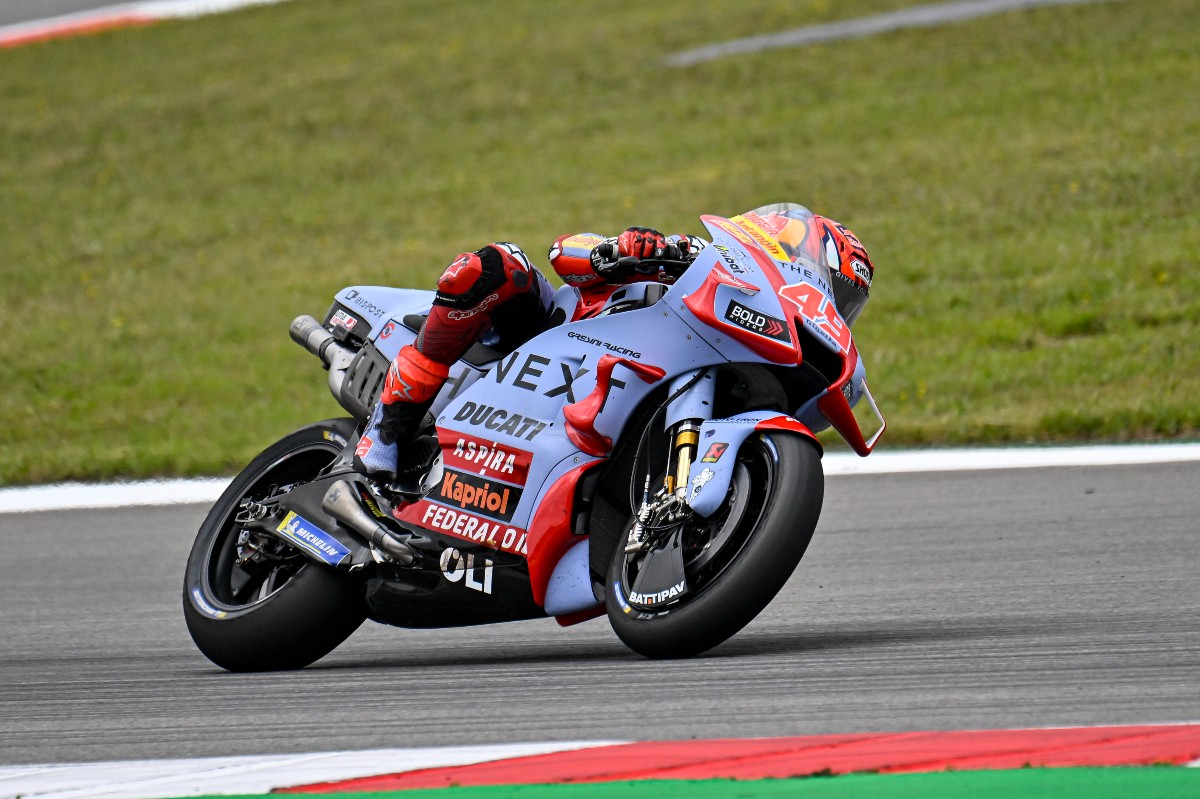 The Portimao race weekend ended too early for Enea Bastianini who has not been very lucky on Portuguese soil this time. After yesterday’s crash at turn five, the Italian rode through the pain – thanks also to painkillers – and was able to put together a great comeback in the early stages as he made up some positions straight away.

With 16 laps left in the race, however, he crashed out at turn eight, fortunately without further consequences. His first DNF of the season – in what has been otherwise an incredible start to the year – cost the Italian rider the championship lead, which is still only a few points away.

Despite not enjoying the best of starts, Fabio Di Giannantonio displayed a solid race pace on a track he almost never rode upon on a MotoGP bike in dry conditions. Unfortunately, a technical issue with three laps to go postpones his first world championship point-scoring weekend (Diggia was 16th and less than a second away from a top-15 finish). He will have another go at it in less than a week at Jerez de la Frontera, the venue hosting the sixth GP of the season.

We started on the right foot and we were having a good race. Unfortunately I lost three laps behind Espargaró and once I got past him, knowing I had lost a lot of time, I maybe pushed a bit too hard and crashed. It could have been a great comeback and we had the potential to do well. The bike on the dry was behaving very well and the goal now is to rest for a few days and be ready for Jerez.

Too bad for that problem at the end of the race. I had settled into a good rhythm in the last six/seven laps and I may have caught Bezzecchi for what would have been my first championship point. I was improving lap after lap and understanding the bike a lot better. We’re still far but we’re working hard and we will get there.

#PortugueseGP
Get All Our Latest News Sent Direct To Your Inbox
Join 25,263 other subscribers.
Follow on Social Media
Get the VROOM Podcast