Points for Marini and Bezzecchi with 12th and 15th in #PortugueseGP 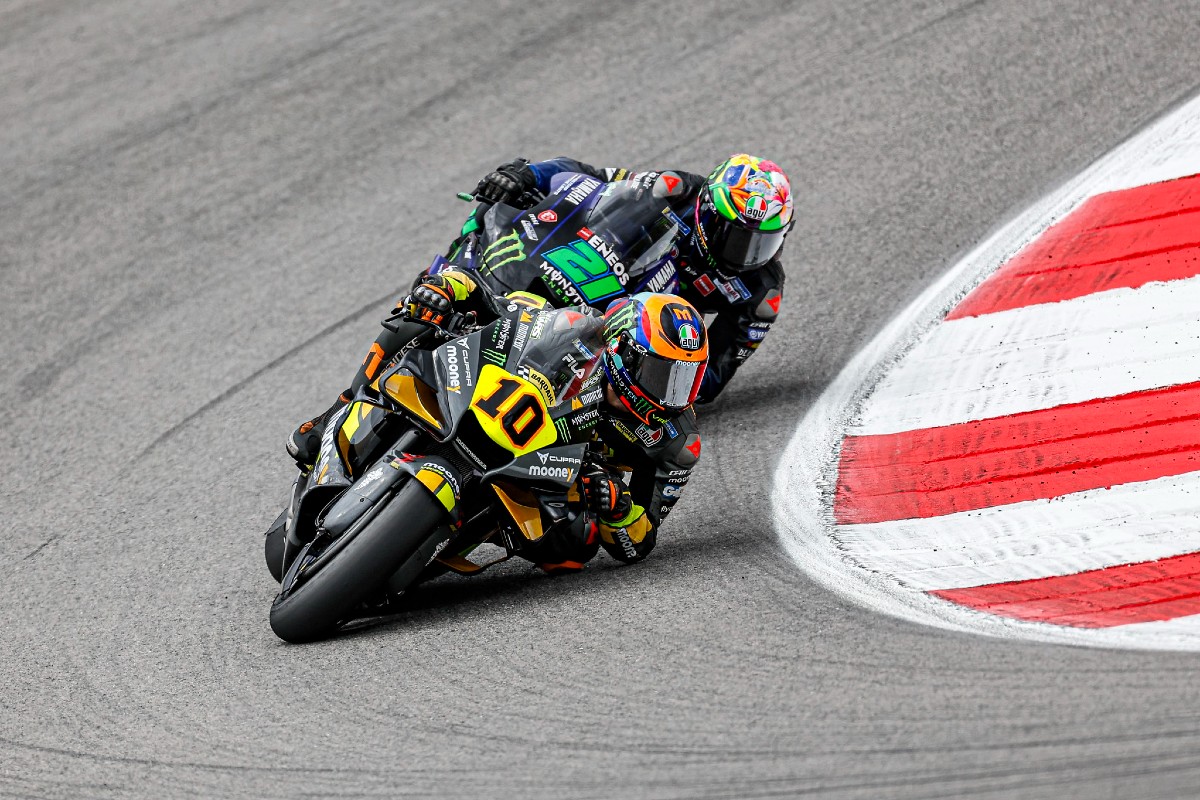 On the Ducati Desmosedici GP, Luca Marini and Marco Bezzecchi hit the points zone for the Mooney VR46 Racing Team at the Portuguese GP at Algarve circuit.

18th in the warm up (1’41.330), starting from the eighth position of the grid and after a difficult first laps, Luca managed to impose his pace in the final and climb the ranking up to the 12th overall place and hit the points for the fourth time during the season (P16 in general standings 14 points).

A more complicated start than expected also for Marco who yesterday scored the sixth place in qualifying and today struggled to keep the same pace in dry conditions closing the warm up in 20th place (1’41.787). 19th after the fourth lap, he is in P15 under the chequered flag (19th in the overall standings, 8 points currently best rookie).

For both of them, the next appointment on the track is scheduled in just seven days at the Angel Nieto circuit in Jerez de la Frontera for the Spanish GP.

Overall a race that leaves me a bittersweet taste in the mouth, we finished in P12, but for the first time this season, I had a very good feeling in the final laps and could recover positions. It was a complicated Sunday, during the whole weekend we did not ride in dry conditions and at the start I have struggled to pick up the pace. I got a bad start, with the clutch I wasn’t perfect and many riders took advantage of it. In any case, there is something positive in this race that we need to bring to Jerez next week and even more in the post-race testing session.

A difficult race, we knew it because we have never ridden in dry conditions. In any case, we bring home a point, with a bit of luck, but we were hoping for a better pace. We need to gain experience, because in these conditions we had no references today. Let’s analyse the data well and make a step forward in Jerez.

#PortugueseGP
Get All Our Latest News Sent Direct To Your Inbox
Join 25,261 other subscribers.
Follow on Social Media
Get the VROOM Podcast