First podium of the season for Jorge Navarro after chaotic #PortugueseGP, crash for Aron Canet 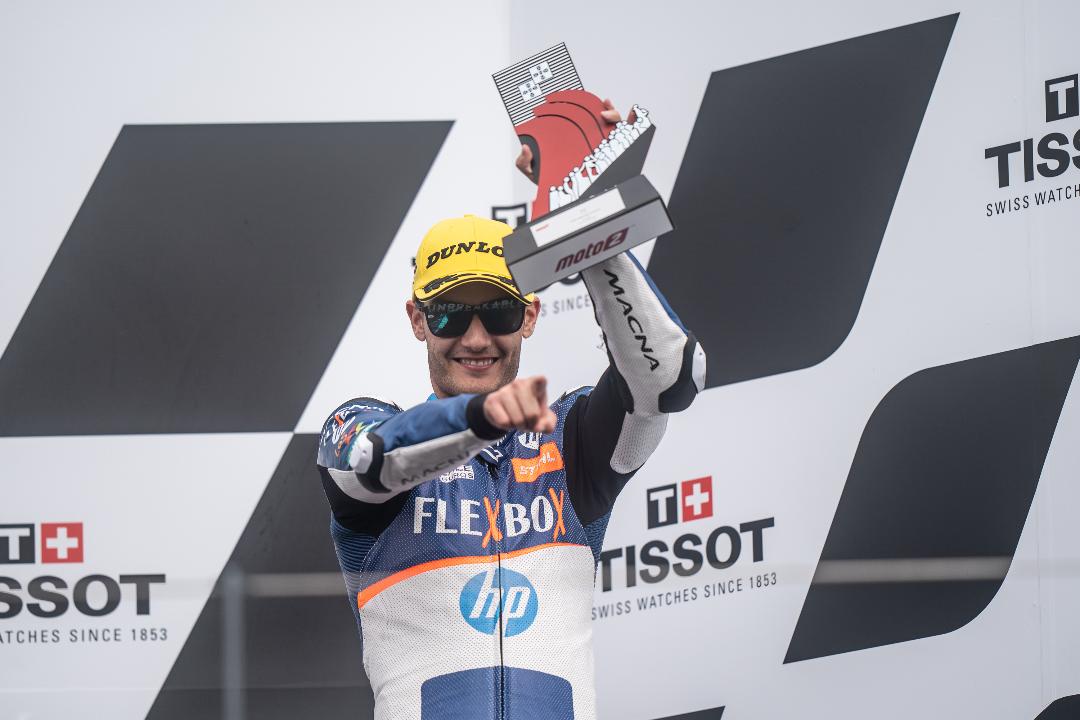 After starting from pole position, Arón Canet made a good start and, despite losing a position, he quickly got back into the lead and led the Grand Prix. When he was setting his own pace and trying to open a gap with respect to his rivals, he went down in a multiple crash of several riders due to the rain that was falling, which forced the red flag to be raised and the race to be stopped, a decision which race direction should have been made earlier. A fall with physical consequences to be regretted for the Canet, fracturing the left radius and the little finger and he will have to undergo surgery.

His teammate, Jorge Navarro, has had the best race. Sito Pons’ pupil had a good first race, climbing several positions until the race was stopped. In the second, a 7-lap sprint race, he has already left with the good feelings of the first and has placed himself in the front group, crossing the finish line in third position, thus adding the first podium and closing in an excellent way the Weekend.

Crazy day today. The race has been with changing conditions, with a red flag, it has been a bit chaotic. In the second race we have achieved a good result, achieving the first podium of the season in very complicated track conditions. I want to thank the team for their work, the people around me who always support me and the sponsors. I take this opportunity to send a message of encouragement to Arón, who was very unlucky today and was injured and I hope he recovers soon.

It’s a shame today’s crash caused by the rain. I was leading the race and I’m sad. I hope it doesn’t happen again and that the race direction stops the race earlier, since the risk of the riders is played with. Now we travel to Barcelona to operate on the left radius and see the fracture of the little finger, since the injuries are more serious than we thought.