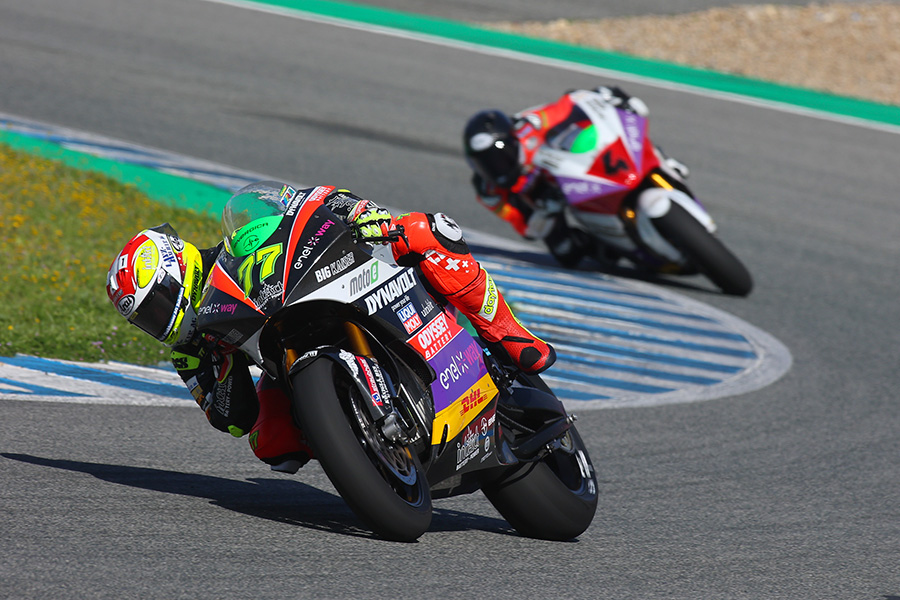 After a good few months to recharge, the FIM Enel MotoE™ World Cup will soon be back in action. The classic Circuito de Jerez-Angel Nieto is the venue as the class of 2022 get ready to race, with a new era about to begin: the bikes have lost 15kg, Q1-Q2 qualifying starts, and there are two races every single weekend.

Jerez is a venue all know as the track hosted not one but two pre-season tests for the Cup, but some have the edge on experience. The two current riders to have won at the venue are Dominique Aegerter (Dynavolt Intact GP MotoE™) and Eric Granado (LCR E-Team) – two expected challengers this season too – and two-time Cup winner Jordi Torres (Pons HP 40), another expected frontrunner, has been on the podium at the track. The fight between the three has already thrilled – and spilled – before, and 2022 promises another titanic showdown.

2019 Cup winner Matteo Ferrari (Felo Gresini MotoE™), meanwhile, looks to have got his mojo back a little more in 2022 if the test timesheets are anything to go by, and Hector Garzo (Tech 3 E-Racing) is back with a bang. The former podium finisher returns to MotoE™ this season and put in the fastest lap overall at the test, looking to fight for the Cup this season.

The likes of Miquel Pons (LCR E-Team), a race winner last year, and Mattia Casadei (Pons Racing 40), already a podium finisher, can’t be counted out, but we will have to wait a little longer to see the return of Bradley Smith (WithU GRT RNF MotoE™ Team). After a crash at the 24h of Le Mans, the Brit is sidelined for the MotoE™ season opener and will be replaced by Lukas Tulovic – the German likewise an experienced electric runner.

There are some intriguing rookies this season too. Xavi Fores (Octo Pramac MotoE), multiple podium finisher in WorldSBK, joins the fold, and Marc Alcoba (Openbank Aspar Team) – fastest rookie in testing – switches WorldSSP machinery for MotoE™. Alex Escrig (Tech3 E-Racing) is another as the Spaniard joins from dominating the European STK600 Championship, the same position Fermin Aldeguer was in at the start of his MotoE™ adventure.

The new Q1-Q2 format means qualifying takes place on Friday at 16:50, before Race 1 gets underway at 16:25 on Saturday. Race 2 then sees the field head out at 15:30 on Sunday, completing a packed weekend of track action for the FIM Enel MotoE™ World Cup.

#SpanishGP
Get All Our Latest News Sent Direct To Your Inbox
Join 25,261 other subscribers.
Follow on Social Media
Get the VROOM Podcast