Bagnaia storms to record pole position at the #SpanishGP, 4th for Miller 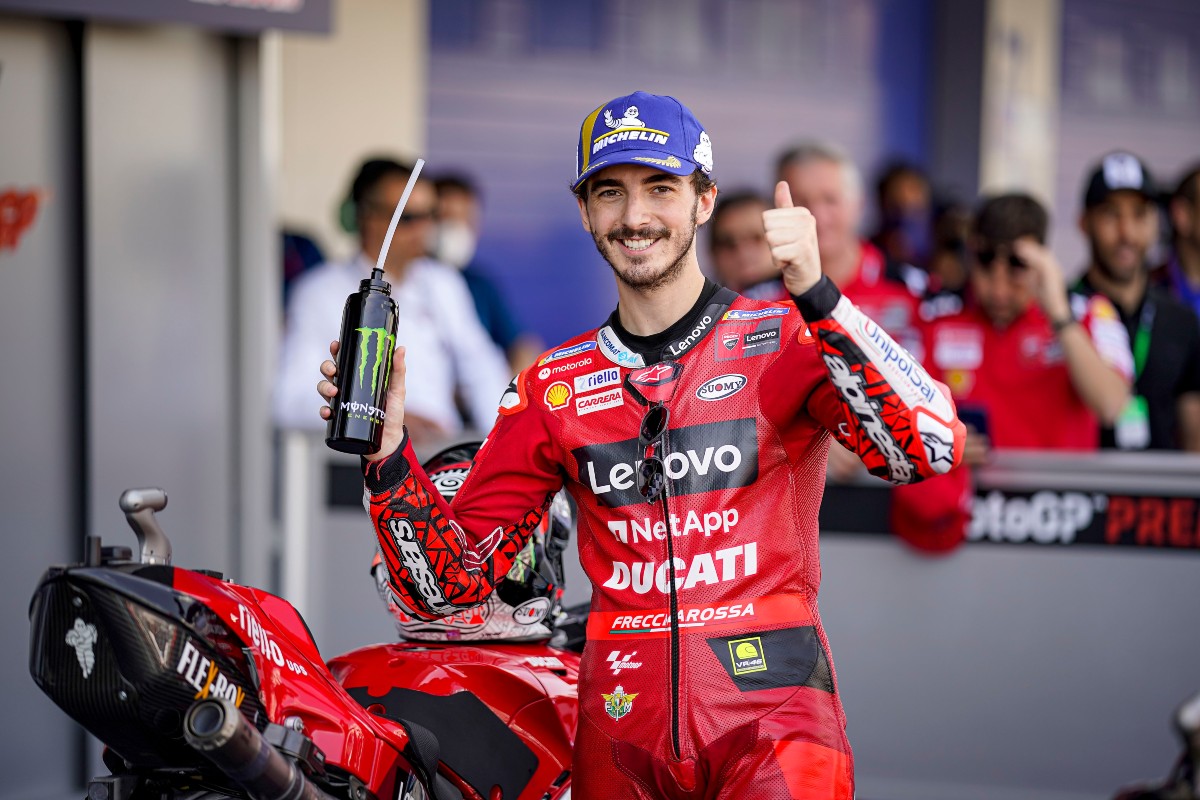 Francesco Bagnaia dominated Day 2 of the Spanish GP, the sixth round of the 2022 MotoGP World Championship, held at the Circuito de Jerez – Angel Nieto in Andalucia this weekend.

After setting the fastest time in this morning’s FP3 and FP4 sessions, the Ducati Lenovo Team rider impressed everyone in qualifying as he scored an extraordinary record-breaking pole position. As he returned on track in the final minutes of Q2 with the soft tyre, Pecco rode impeccably, increasing his advantage in the last two sectors of the track and completing the lap in a sensational 1:36.170, 414 thousandths faster than the previous circuit record. It is Bagnaia’s seventh MotoGP pole position and his first this season, after the Algarve GP held in Portimão at the end of October last year.

Jack Miller will start from the second row of the grid from the fourth position. Tenth after FP3, the Australian rider also went straight into Q2, where he posted a good time in 1:37.049, missing the front row by just 116 thousandths.

It was a perfect lap, maybe the best I’ve ever done in my career. I was able to push hard, and the bike followed me perfectly. Since the first race in Qatar, we have always worked well, and now we are at a very high level. Even if it took us a few races, we’re finally here in pole position. I don’t want to say I’m back because I’ve never gone away, but for sure, this season, we didn’t have an easy start. We needed to do laps with the new bike, and finally, we were able to show its true potential. I think Fabio Quartararo still has something more than us, but we got closer today. Let’s see how tomorrow’s race goes, as higher temperatures are expected than today.

I’m pretty satisfied. Nowadays, in MotoGP, it’s important to be able to start the race from the first two rows of the grid, so fourth place in qualifying definitely puts us in a good position for tomorrow. In FP4, I did a long run of 16 laps, and I was pretty consistent, although not very fast. Before Q2, we made a modification that seems to have solved the issue. So I’m calm and confident that I can have a good race tomorrow.

The MotoGP riders will be back on track tomorrow at 9:40am for a 20-minute warm-up, while the Spanish GP will get underway at 2:00pm CEST over a 25-lap distance.