Albert Arenas ninth and DNF for Jake Dixon in Jerez 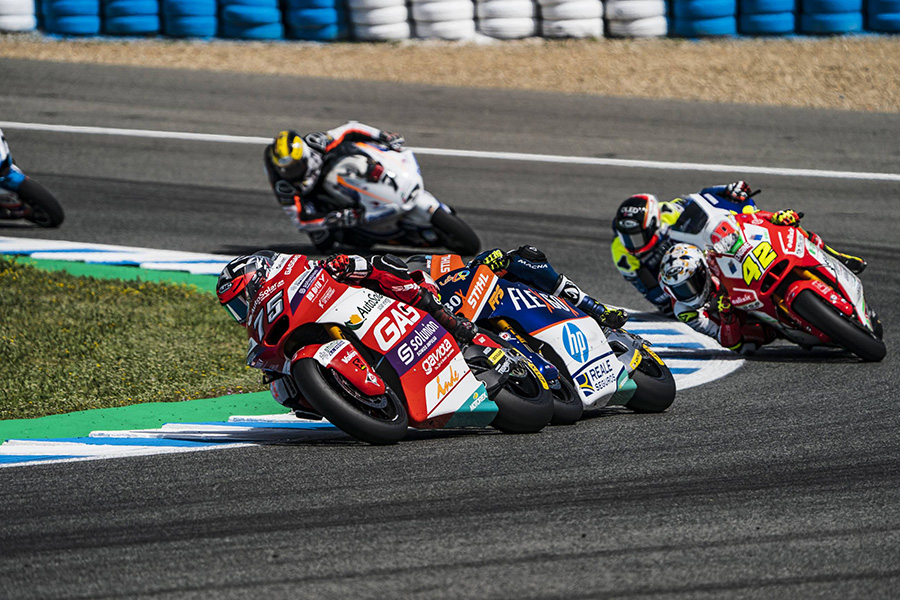 Celestino Vietti’s three main rivals cut points from him today at the Spanish Grand Prix. The Italian finished sixth, about nine seconds off the podium occupied by Ai Ogura, Aron Canet and Tony Arbolino. Despite this, he still hasn’t lost all the advantage he achieved in Portugal, when all three went down and he finished second. Now he is 19 points ahead of the Japanese, 30 over Arbolino and 31 over Aron Canet, who raced in Jerez a few days after having surgery on the injury that occurred in the Portuguese Grand Prix.

Albert Arenas has returned to the top 10 with a ninth position in Jerez, in a race that his teammate Jake Dixon was unable to finish due to a crash. The Autosolar GASGAS Aspar rider has made an upward race, and from the fourteenth place in which he was placed during the first laps, he has fought to recover positions until finishing ninth. His teammate, who until the third free practice session of the grand prix had been the fastest rider on the track, was unable to match that speed in qualifying and, when he was coming back from P11 today, he crashed in an incident with another rider. With these results, Jake Dixon is now twelfth, three points ahead of Albert Arenas, thirteenth. The next race for the Moto2 riders will be the weekend of May 15 at Le Mans (France).

9th Albert Arenas (+18,980):
“I think we can be satisfied and it feels that every time we’re out there we are closer and closer. We know where we have to improve and we have to execute the plan. We’re taking some points home and after Portimao it was important to have a solid race here. It was a bit tricky at the beginning of the race but this was our maximum today. Looking ahead we’ll keep try to working on how we can be better.”

Jake Dixon (DNF):
“Not ideal. I made a mistake in qualifying which did not give us the best position on the grid but I started to come back through and reached P6 or P7 when unfortunately me and Fermin came together. He ‘left the door open’ so I went up the inside and then had to brake harder because he was closing the line and that closed the front and we both went out. Sorry to him and his team because I never want to take anyone out. So, again fast but no real result. We have a test next week and we’ll work hard to try and improve the little areas that we have but, overall, I feel good on the bike. Our luck just needs to change and it will be good.”