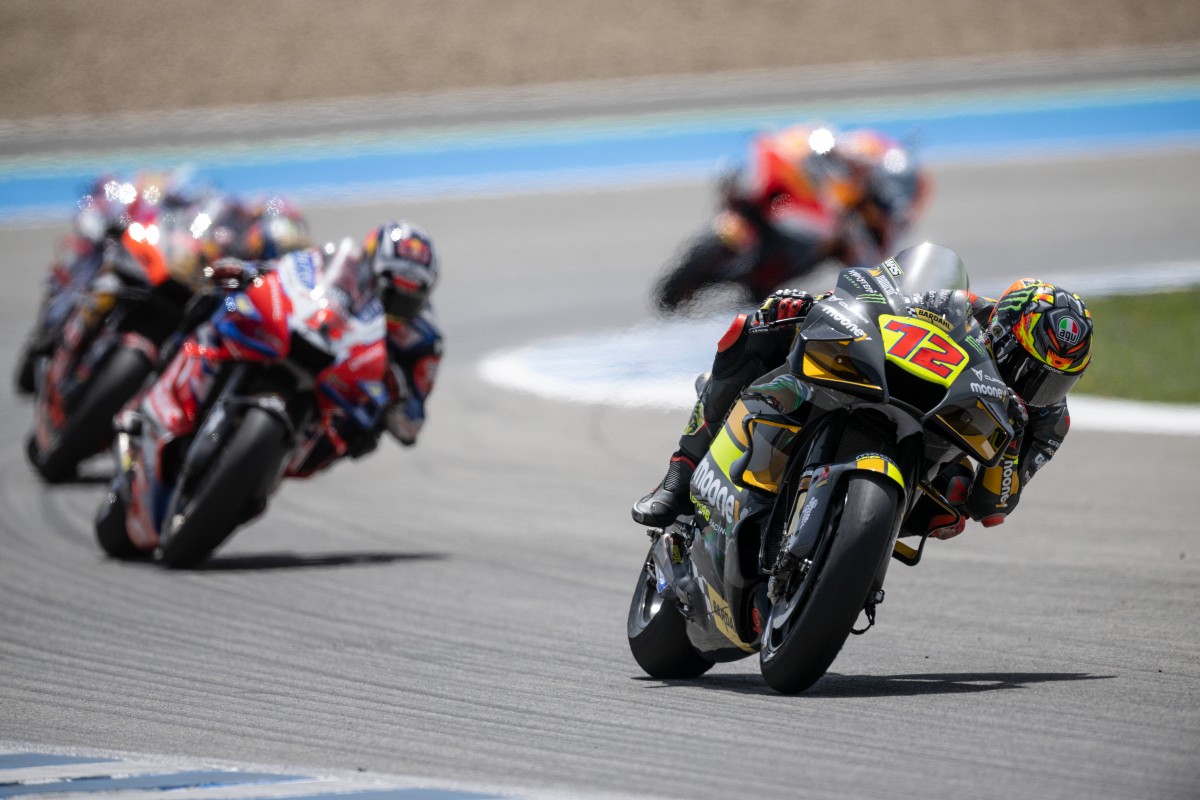 Marco Bezzecchi closes the weekend of the Spanish GP, which took place today in Jerez de la Frontera, in ninth place, first among the rookies, hitting for the second time this season the top 10. Once again at the finishing line, Luca Marini was close to the points area in 16th place.

Eighth yesterday in qualifying after the access into the Q2, Marco confirms the good feelings on the Ducati Desmosedici GP and the good race pace expressed in the FP4, managing to keep the rhythm of the group fighting for the top 8 until the last lap. With today’s points he is in the P18 in the general standings (15 points), first among the rookies.

A more complicated weekend than expected instead for Luca who started from the 19th box on the grid. After a good start (he climbed up till the P14) he struggles to keep pace in the second half of the race and loses points in the final. He is 19th overall with 14 points.

For both, next appointment on the track as early as tomorrow morning, again here at the Angel Nieto circuit in Jerez de la Frontera for a day of official MotoGP tests.

I am very happy, I managed to stay in the group of the top guys and I am happy for the whole Team. They did a great job and Ducati is also supporting us at 100%. We started strong already from Friday, we didn’t give up and today we had a great race. A shame for the overtaking of Enea (Bastianini) in the very last lap, but we have to bring home all the positive things. In Portimao I have struggled, the weather change on Sunday did not help me, while here we were constant in all the sessions. Let’s continue like this and do our best on tomorrow’s test day as well.

I’m obviously disappointed with the race, but I didn’t expect a very different result after the free practices and qualifying. The positive is that I managed to be consistent throughout all the laps, even though the pace was two, three tenths slower than our opponents. We made some changes in the warm up and I felt good in riding. Tomorrow there will be a day of testing: it is the right time to make an important step forward.