Brad Binder 10th and Miguel Oliveira 12th in the #SpanishGP 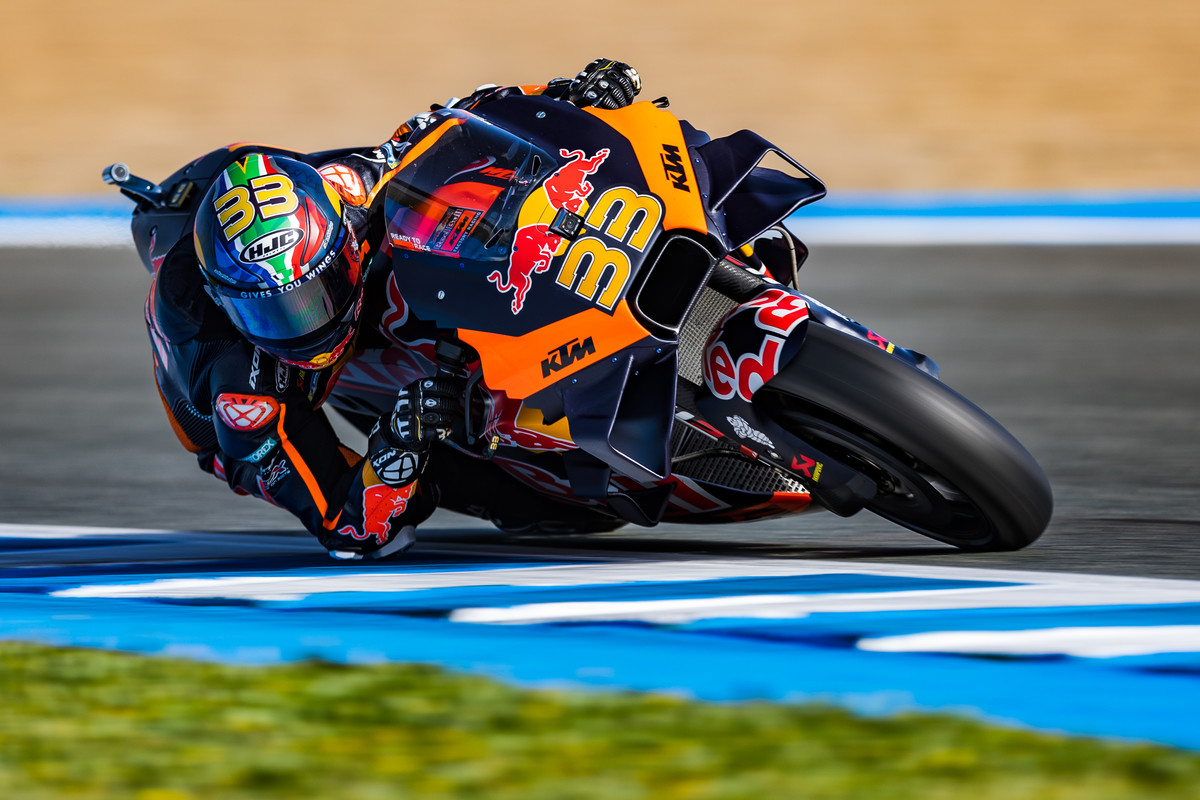 KTM’s MotoGP wing faced some adversity early in the Gran Premio Red Bull de España. Tech3 KTM Factory Racing’s Raul Fernandez faced a late fitness test on his right wrist and was not cleared to compete. Miguel Oliveira’s qualification plight on Saturday did not go to plan despite some very promising race-pace in FP4 and the Portuguese had to start the sixth round of the season at a warm and sun-kissed Jerez circuit from 21st on the grid. Brad Binder and Remy Gardner filled 15th and 18th positions; 18th representing a highest qualification berth yet for the rookie and current Moto2 World Champion.

With Jerez busy with fans and back to its bustling and noisy best, the 25-lap MotoGP race got underway in the highest temperatures yet across the second consecutive weekend of action on the Iberian Peninsula. The Red Bull KTM Factory Racing riders were optimistic about their speed across the race duration and both Oliveira and Binder went about regaining ground as soon as the red grid lights disappeared.

They sliced their way up to the fringes of the top ten but the duo was plagued by a rear tire glitch that inhibited their maximum performance. Binder, who was looking for a positive turnaround after his unlucky fall and DNF in Portugal seven days previously, managed to reach 10th and Oliveira ride to 12th – a decent recovery of almost ten places.

Gardner steered a damaged KTM RC16 to 20th in a long and demanding race. The Australian was clipped by another rider in the second turn and lost his left aerodynamic structure, creating stability and downforce problems for the remaining 24 laps.

Before MotoGP encounters the contrasting corners and demands of Le Mans the first mid-season IRTA test will mean more laps and speed at Jerez. The full day of work on Monday allows the team and riders to further refine their race machinery for 2022 and then the SHARK Grand Prix de France welcomes the championship on May 14-15.

Brad Binder:
“A really difficult weekend for all of us. This is a track I really love but we weren’t able to have the race we wanted. I had a big vibration come from the rear wheel so I did my best to get as many points as possible but this problem made it hard to fight with the guys. It upset the bike on corner entry and made it hard to stop. I’m frustrated because we expected more but today wasn’t the day.”

Miguel Oliveira:
“We cannot say we are happy with the result but coming from the back of the grid it was what we could achieve. I had rear tire vibration and have to work out how that happened. We scored some points, so that’s something and we have a working day ahead of us tomorrow to try and improve the bike further.”