Brilliant second podium of the year for Arbolino – 3rd in the #SpanishGP, Lowes DNF 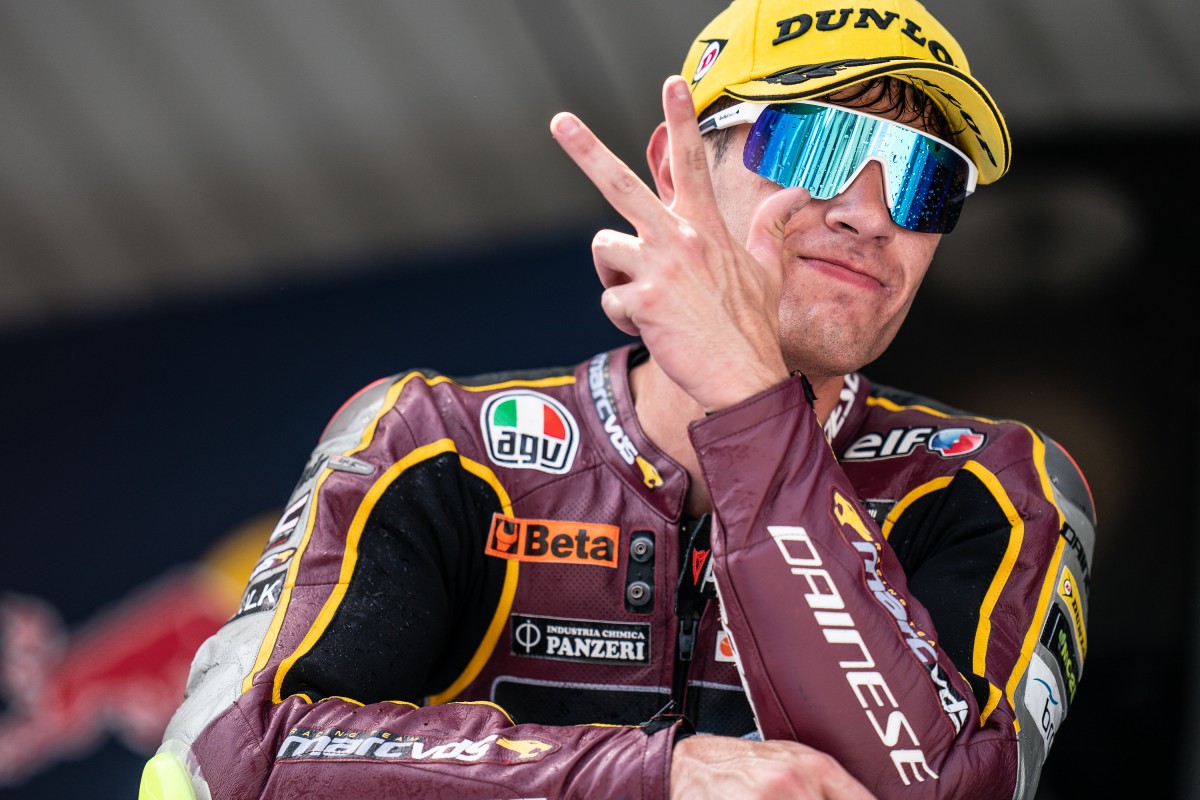 Tony Arbolino collected a crucial third place at the Circuit of Jerez Angel Nieto after vying for victory in the early laps while Sam Lowes unfortunately crashed out of the fight for the lead.

For the first time since 2019, a crowd of 58,132 were in attendance at the Circuit of Jerez Angel Nieto to watch the Spanish Grand Prix in person.

Conditions for the 23-lap Moto2 race were punishing for Elf Marc VDS Racing Team riders Tony Arbolino and Sam Lowes, who had to deal with track temperatures of 39 degrees.

From his third front row start of the year, Tony began strongly and was firmly involved in the victory fight in the race’s first half.

From the eighth lap, the 21-year old was challenging Ai Ogura and Aron Canet in a three-way fight for victory. But with two thirds of the race completed and feeling some discomfort in his right arm, Tony settled for third and 16 crucial points.

The Italian’s second podium of the year is excellent for his championship challenge. He sits third overall with 70 points, 30 off leader Celestino Vietti.

Honestly, it was such a tough race. We had to adapt my riding style and I needed to understand the conditions. They weren’t so easy, and were the most difficult of the weekend. It was so tough. But I’m so happy with the result. After half-distance I started to manage the race, because I started to feel some pain in my right arm due to some arm-pump. I just had to try and control it. But the feeling was there. This is a podium so we need to be happy. I want to thank the crew and everyone in the garage. They are doing an amazing job. They are working as hard as me, they really believe in me so I’m really proud.

Sam’s preparation for a victory fight got off to a great start as he topped morning warm-up with a time of 1’41.587 during a strong six-lap run on Dunlop’s soft rear tyre option.

After a tough start, from which the Briton dropped back to ninth, Sam recovered to fourth, in the victory fight and had the pace to get to the front when he crashed out at turn eight on the eighth lap.

When I set off on the warm-up lap, I made a really bad start. Then I made a bad start in the race. At turn one I nearly hit some people so on the first lap I was quite far behind. But after that I felt under control. I was coming through and passing the guys. You really enjoy a race like that because you’re coming forward and have the pace. At that point it was really fun to be involved in the leading group. I need to see what happened with the crash. I don’t really know. I think I lost the front on the patches and then when I touched the throttle to get out of the corner, it maybe just offset the bike a bit and we crashed. It’s a shame. It’s my first mistake of the weekend. We just need things to go my way and we’ll see what happens.