Double DNF for Aldeguer and Fenati in unlucky #SpanishGP 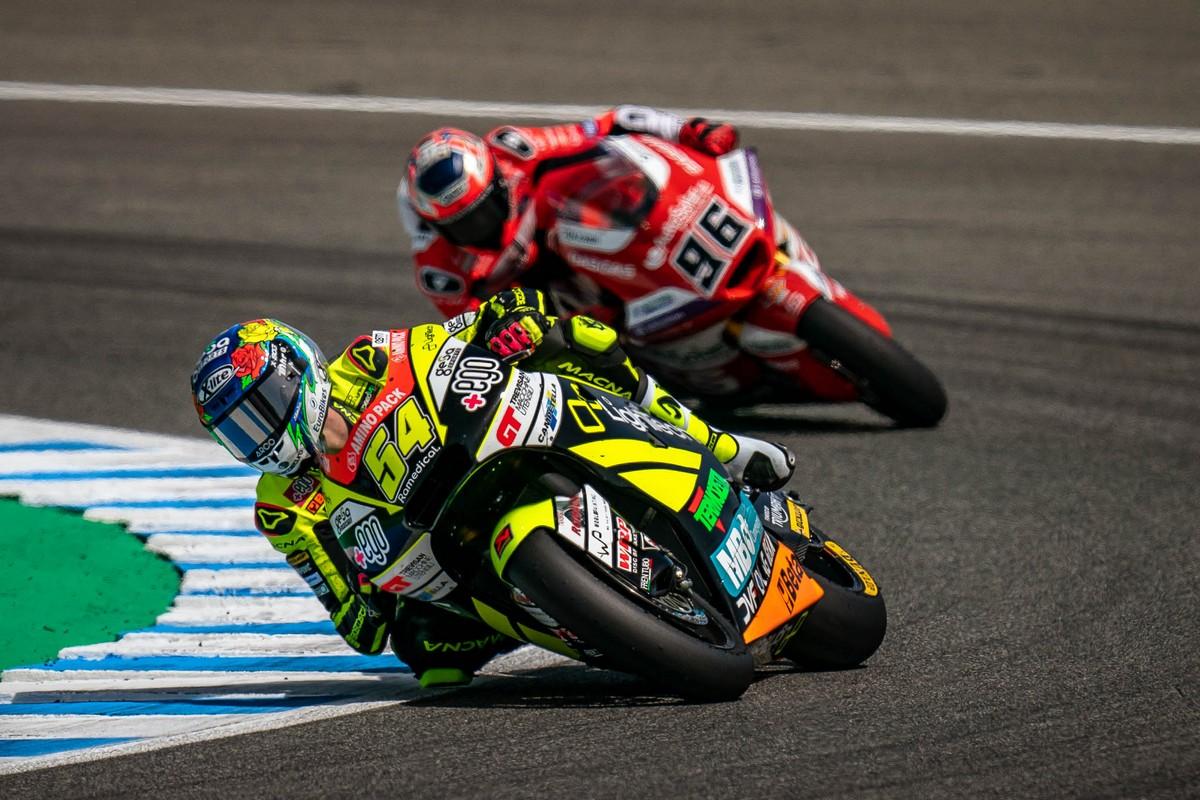 The sixth round of the Moto2™ World Championship in Jerez de la Frontera proved to be a weekend to forget for the LighTech SpeedUp as they leave Spain empty-handed.

Once again bad luck falls on Aldeguer and shatters an almost perfect weekend. Fenati also crashes down after a few laps.

From the fifth spot on the grid, the 17-year-old Spaniard started very well, reaching third position after the first corners and then fourth at the end of the first lap. Some difficulties at the beginning of the race before finding the rhythm in which Fermin lost positions, but on lap eight he was already fifth behind Fernandez chased by Vietti and Dixon fighting hard and demonstrating an excellent pace. On the following lap he suffered the attack of the two and during the attack of Dixon the latter slipped to the ground hitting Fermin and ending his race for the podium of the Spanish Grand Prix.

A complicated race for Romano Fenati which ended after only three laps with the crash at turn nine. For the number 5, the desire to recover and do well after a weekend of ups and downs was very high but a mistake on the fourth lap ended the possibility of recovering and reaching the goal for the points set by Romano. Both riders are unharmed.

Incredibly another crash, luck is not on our side. I’m really disappointed because I felt very good with the bike, but that’s how the races are and we have to look forward, accumulating experience and improving especially in the first part of the race. We are showing how competitive we are at every race, let’s take the positive from this weekend and continue to work in this direction.

Unfortunately the weekend ended badly. We have always had problems under braking and we have not been able to solve it without compromising too much the feeling we had with the setting studied on Friday and with which I felt very comfortable. Starting from the rear is always a lottery in an attempt to make a comeback and in overtaking a rider I crashed. We learn from mistakes to grow and improve from the next race.

#SpanishGP
Get All Our Latest News Sent Direct To Your Inbox
Join 30,242 other subscribers.
Follow on Social Media
Get the VROOM Podcast