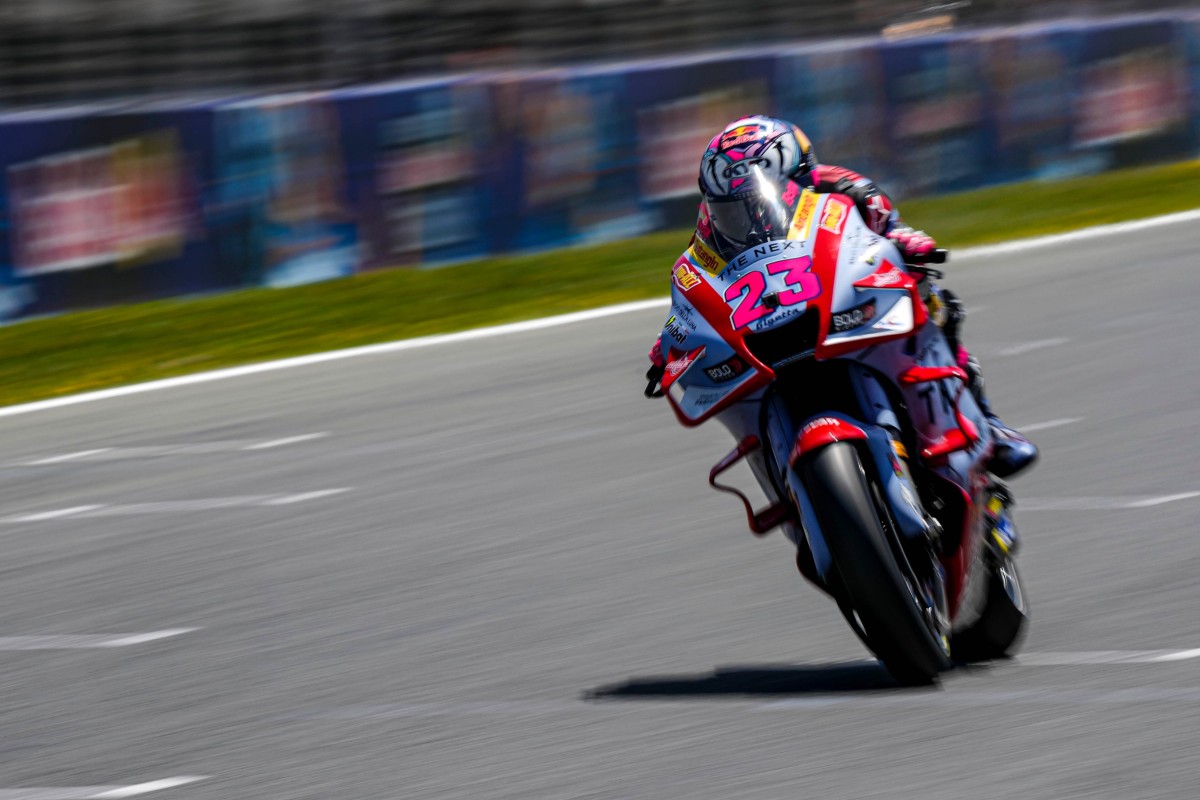 It was overall a positive weekend for Team Gresini MotoGP who is back in the points with Enea Bastianini, as the Italian was eighth at the finish line in the sixth Grand Prix of the season at Jerez de la Frontera. The result was not a given for the rider #23, who struggled to find the right feeling with his Ducati Desmosedici GP21 machine.

Things went differently in the race as Enea did an amazing job in staying focused and finding the right pace in a race that was also affected by the high temperatures on the track. After a not-too-exciting start, Bastianini managed to move up the order as he bagged eight valuable points for the title race.

Fabio Di Giannantonio was able to complete yet another race, although he could not finish in the top 15 despite showing he had the pace to finish in the points. His 18th place at the line surely left a bittersweet taste in the Italian rider’s mouth. The two riders will be back on track tomorrow for an important day of official testing (from 10:00 to 18:15 GMT +2), which will help them gathering more data in order to better prepare for the upcoming races.

I can’t say I’m happy with my eighth-place finish… but all things considered, we did the best we could. We managed to score some valuable points at the end of a weekend in which we struggled to find the feeling with the bike I was hoping for, and therefore tomorrow’s test couldn’t have come at a better time. I would like to leave Jerez with clearer ideas and be back riding the way I did at each event prior to this one.

It was a positive race after all. Unfortunately I lost some positions at the start, but we surely made a step forward in terms of gap to the front. The group battling for points was not far, but we still have to improve. We managed during the weekend to get better with the rear-end, and tomorrow we will focus on the behaviour of the bike under braking.