Third consecutive podium for Masia in #SpanishGP, 9th for Holgado 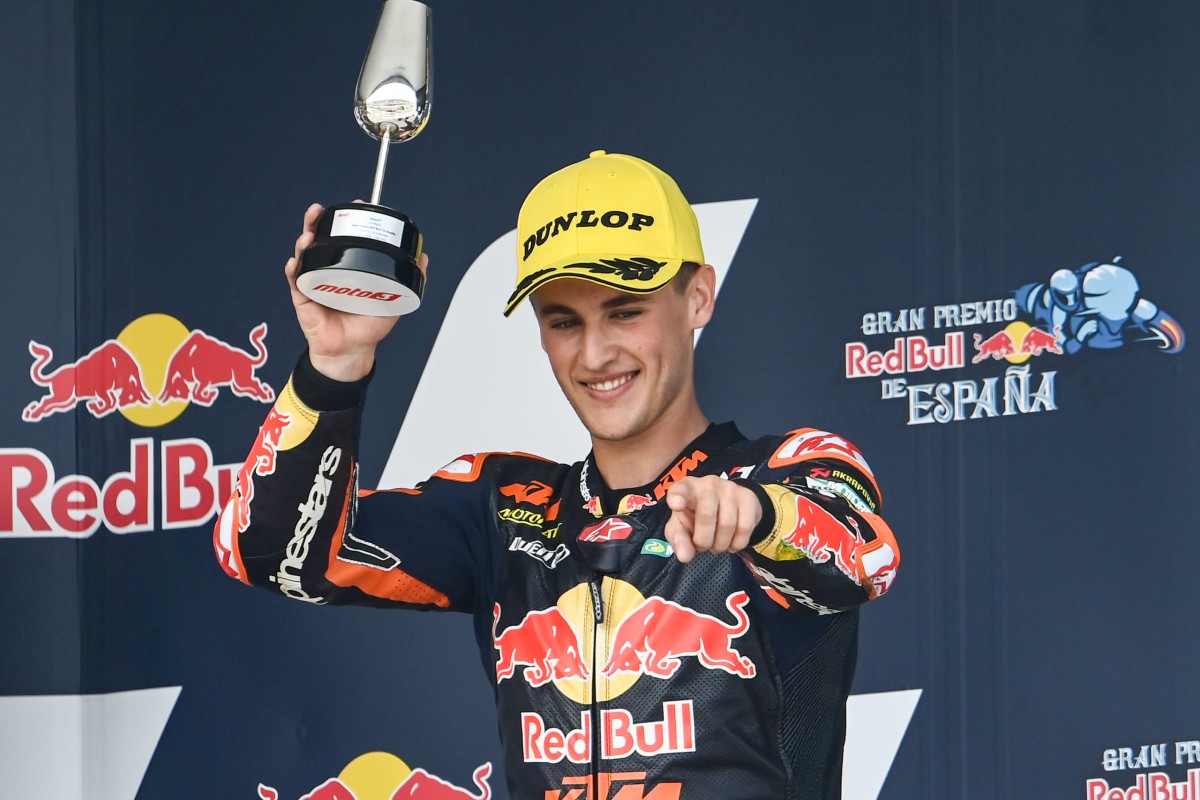 Red Bull KTM Ajo Moto3 concluded the Spanish Grand Prix well, thanks to a podium for Jaume Masia. The Spaniard enjoyed a great battle to get third position and rack up his third consecutive podium in the 2022 season. Dani Holgado would move up 10 positions from the start to finish the contest in a hard-fought ninth place.

After qualifying on the front row of the grid, Masia took advantage of his position, made a good start and placed third on Lap 1. He tried to escape along with two other riders at the head of the race, but the constant overtaking between them allowed the competitors from the chasing group to hunt them down as they passed the halfway point of the contest. The Red Bull KTM Ajo talent battled it out with nine other rivals for victory, going on to lead the race at various points. Finally, after a tight finale, Masia claimed a hard-fought third position.

Holgado had a strong start to the race, going from 19th on the grid to seventh on Lap 6. The Red Bull KTM Ajo rookie tried to join the chasing group, to attempt to break away with them and make contact with the leaders of the contest. Despite giving his all, the Spaniard rode in the second pack, battling with three other riders to get into the top 7. Holgado eventually placed ninth.

Masia occupies 4th position in the championship with 70 points. Holgado is 15th with 23. Now the Red Bull KTM Ajo Moto3 duo will enjoy a week off, before traveling to Le Mans for the French GP from May 13-15th.

I am very happy with today’s race. I was planning the attack at the end, but it’s hard to fight because there are so many riders trying to get there. At the start of the contest I was nervous because I was the only one on hard tyres. My goal was to get a good start and latch onto the leading group. I put all my effort into it and, halfway through the race, I felt very comfortable with the bike. Overall, I am satisfied with how the weekend went. I am happy about the podium and the points that we achieved. At Le Mans we will push for more.

It has been a super positive day. In the warm-up we already felt very well on the bike. We started the race motivated and with clear ideas, having resolved everything that was pending from yesterday. We took that step forward that we needed and we had a very good contest, riding fast. I am very happy with the result. I want to thank the team because they did a great job so that I could improve. Now we already have our sights set on Le Mans.