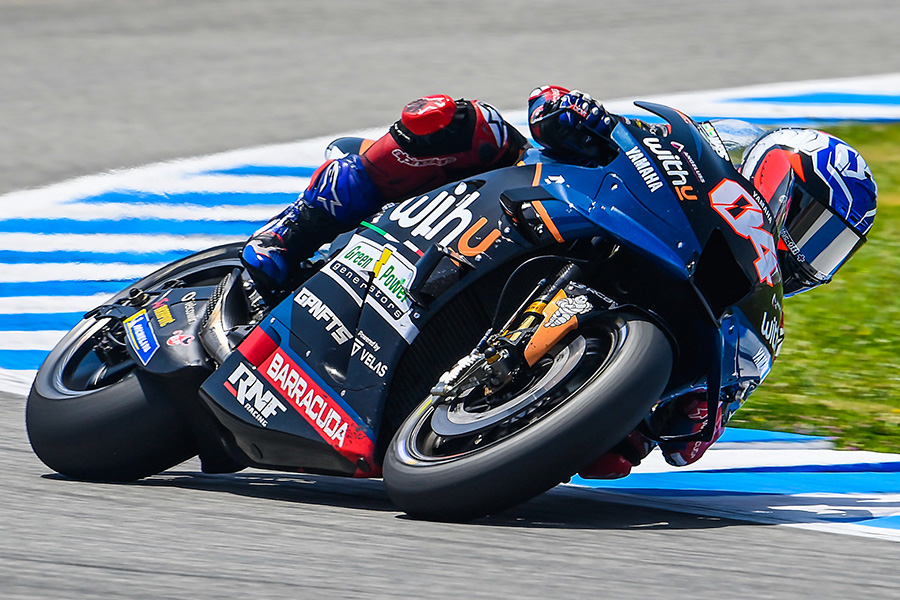 A sunny and well visited Circuit de Jerez-Ángel Nieto awaited teams and riders today for the sixth round of the 2022 MotoGP World Championship in the South of Spain. Yet, it turned out to be a difficult race day for WithU Yamaha RNF MotoGP Team, that was fighting hard to succeed.

Andrea Dovizioso launched the Spanish Grand Prix from P23 on the grid and crossed the line for the first time in P21. Like before, he struggled to find a rhythm in the initial laps, but did personal best times around half-way through the race, where he also found his way into the top 20 and even until P17. Although he fought hard to keep decent times, he started to drop a bit with 10 laps to go, but still managed to see the chequered flag in 17th.

On the other side, Darryn Binder came off a rocket start and was storming to P18 just in the first lap, after starting from 25th on the grid. He made up another position in lap five and while fighting to get closer to the points, he unfortunately went down, which was a first race crash in his rookie campaign.

In the rookies standings, he still keeps second position and luckily came back to the garage without any harm. So, the South African is eager to test in Jerez tomorrow and more than ready to repeat his strong race performance in Le Mans in less than two weeks’ time.

“I didn’t expect a good race, to be honest. I didn’t have strong front grip and I saw all the other riders around me struggling with that. It was very strange that nobody at all from the first lap straight braking in the middle of the corner and it was very difficult. It happened already in the past in Jerez, sometimes it is like this in the race. It’s very strange, but when you see the lap times from the front group you are a bit surprised because without the grip, this was impossible. It’s pretty bad, I expected to be able to push, but I couldn’t from the first lap. So, I just tried to survive and finish the race somehow.”

“I’m super disappointed that I crashed. Honestly, I’m still more happy with this race than Portimao. I’d rather crash out of fighting amongst the other guys than riding around last. At least in this race in the first laps, I was able to fight with the other guys and I felt like I was faster. I managed to make a nice pass on Marini at turn nine and was just behind Morbidelli and I think I got a little bit too excited. Going into turn two, I didn’t do anything too crazy, I had a little movement in the rear and the front closed. I wish I could have hung around a couple more laps and follow Morbidelli, but it is what it is. The grip was quite low today even in Warm Up, I felt I was doing a good job to getting the power down, I passed quite a lot of guys in the first laps already and I was feeling really strong. Overall, I feel like I know exactly what I need to work on. I’m really excited for tomorrow to try all sort of things and focus on these points and try to improve in that direction.”