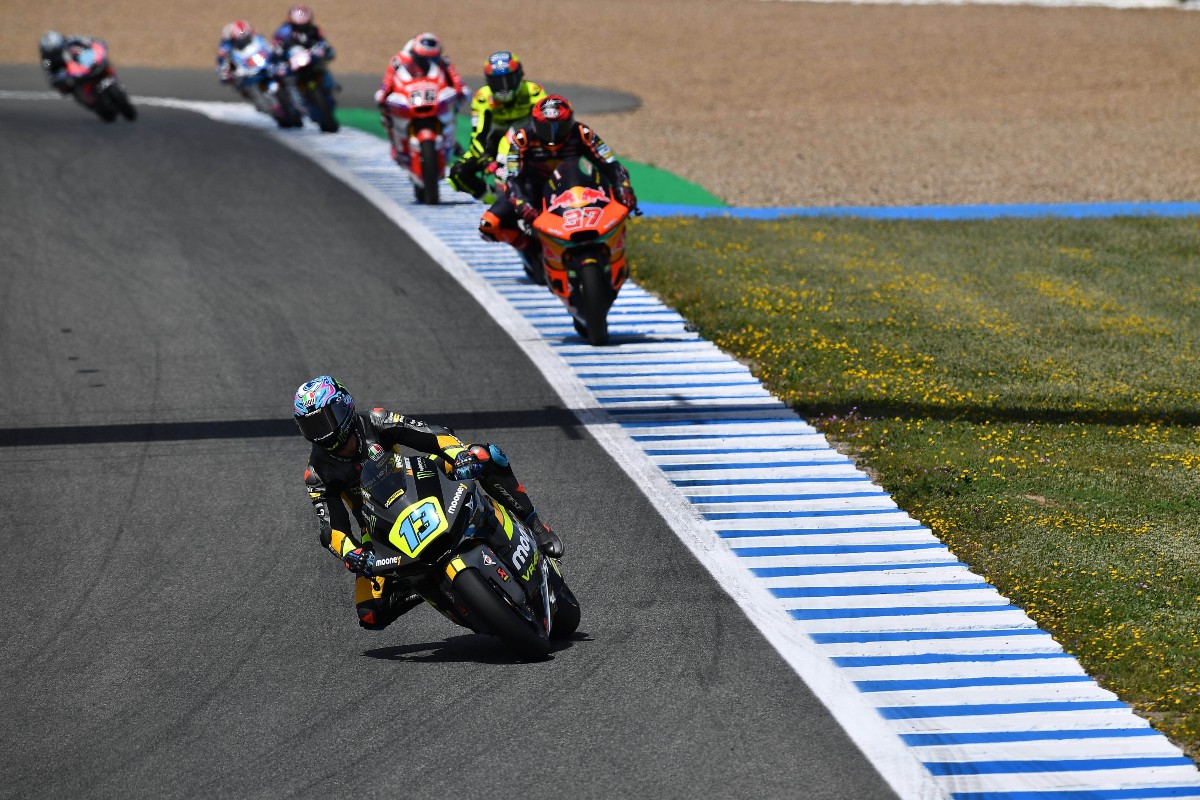 Celestino Vietti crosses the finishing line of the Spanish GP at the Angel Nieto circuit in sixth place and confirms the P1 in the overall standings with 100 points (P2 Ogura, 81 points). 23rd Niccolò Antonelli.

Starting from the sixth position of the grid on his Kalex, Celestino struggles to keep the pace of the group fighting for the podium and with a constant pace up to the chequered flag, he hits an important placement.

More complicated Sunday instead for Niccolò Antonelli, 23rd. Penalized yesterday with a first long lap after qualifying, in the race he is forced to a second penalty that makes him lose the contact with the group. An abnormal pain in his right arm then in the final laps, forces him to give up positions.

Next appointment scheduled for the weekend, between Thursday and Friday, the private testing session at Barcelona – Catalunya circuit before leaving for Le Mans for the French GP (May 15, 12.20 pm CET).

We bring home the positive of this race and 10 points for the standings. I’m not entirely happy, I have struggled all the weekend, especially today with the front tire. We knew it wasn’t our GP, I was losing in terms of pace two, three tenths each lap compared to the strongest guys. In any case, I made a nice step forward since Friday, we have understood and worked on many aspects. We full use the Barcelona testing session to reduce the gap.

A difficult and very hard race conditioned by the two long laps. I didn’t have a bad start, I had a good pace, but I made a mistake in the execution of the first long lap and I was forced to a second penalty. A shame because I was unable to close the gap also due to the pain in my arm that we need to investigate once we return to Italy tomorrow.