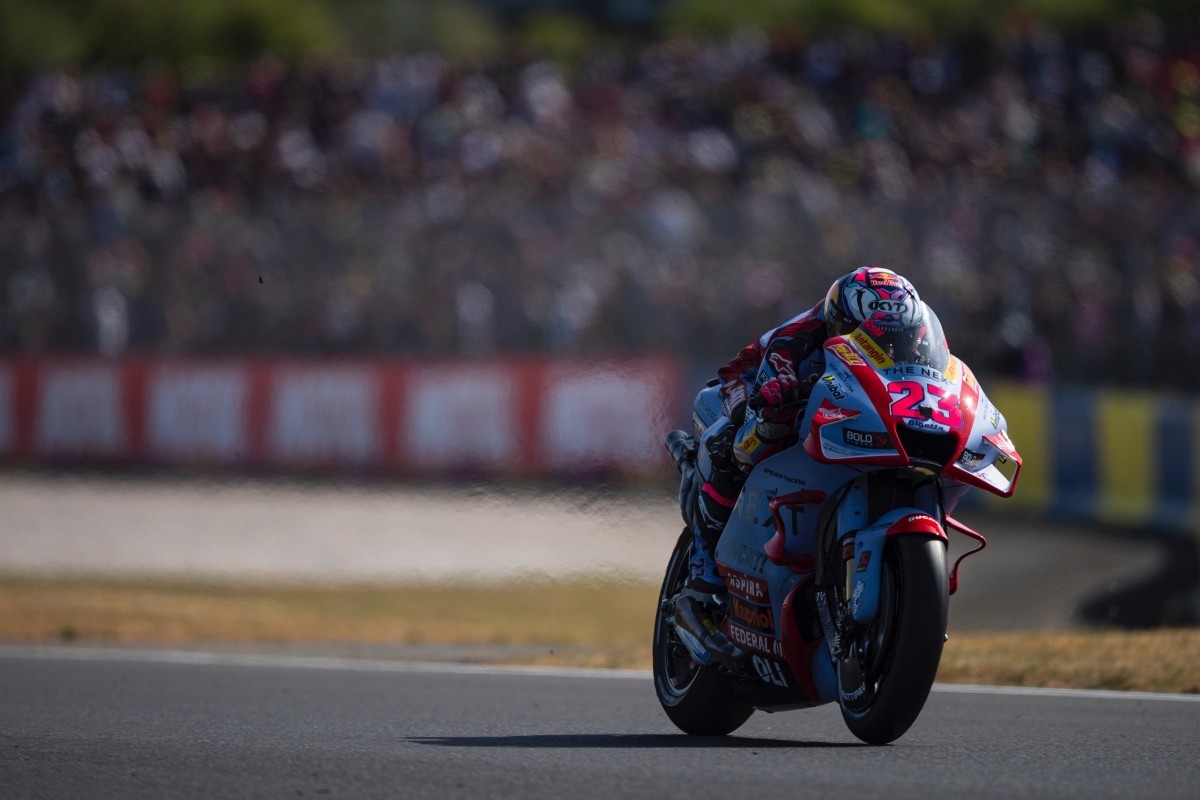 It is another Saturday to remember for Enea Bastianini and Team Gresini MotoGP, a combination that keeps shining after the fifth place secured in today’s French Grand Prix Qualifying. The rider #23 was only 0.261secs away from Bagnaia’s pole position and one tenth away from the front row.

Enea will line-up tomorrow in the middle of row two, alongside the two home riders Quartararo and Zarco. With four Ducati machines in the top six, Enea will surely be able to play a big role, even in case of a wet race. The weather will be as unpredictable as usual at Le Mans, a track where also Fabio Di Giannantonio may play a bigger role.

The rider #49, who has clearly improved from the Jerez test onwards, has continued his learning curve aboard the Desmosedici machine as he finished with a top-ten worth lap-time. He will head row six tomorrow, with the top 15 as a clear goal.

Things went well today, even though the front row was really within reach. We have shown we can be fast throughout the whole weekend and that hadn’t happened in the last GPs. So we can say we’re back. We had some technical issues during the weekend, but we’ll be ready tomorrow and in case it rains, to be starting near the front will surely be an advantage. Looks like Fabio (Quartararo) has a great race pace, but we’ll try to stay attached to him.

I’m only half happy with today. On one side, we made another little step forward, from the other I was expecting something more. We tried some adjustments that unfortunately didn’t fully work and we lost our way a little. The others have improved more, that’s it. Too bad because in qualifying we did play our cards right. If it rains tomorrow, it’ll be my second time with a MotoGP bike in these conditions. We will try our best.