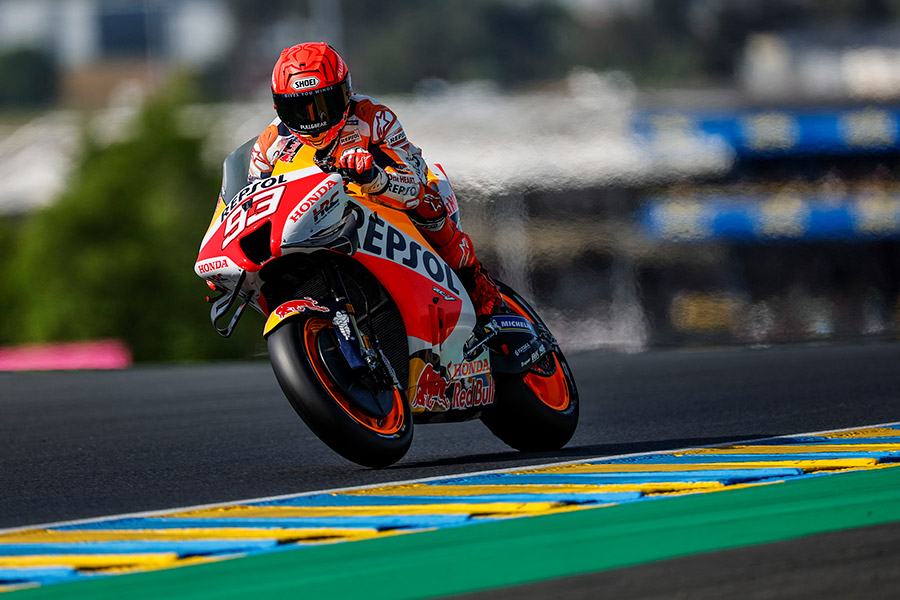 Marc Márquez was fourth in the first Free Practice session of the day –improving his times from Friday–, and made the cut for Q2. In FP4, a crash in the final minutes, coming into Turn 9, prevented him from improving further, and he placed thirteenth.

In qualifying, with only his second bike available, the Repsol Honda Team rider set a best time of 1:31.148. This will allow him to start from tenth position, on the fourth row of the grid.

Pol Espargaró was ninth in FP3, after suffering a small crash at Turn 7, and twelfth in FP4.

In the final qualifying session, a rider aborting his hot lap got in the way of the final attempt by the Repsol Honda Team rider. He finally finished eleventh, with a time of 1:31.526.

“This morning our feeling and our pace was not bad, we also did a good lap – OK I followed Quartararo but I was feeling good and find good speed. In the afternoon with the warmer conditions, from FP4 I was not feeling as good as before with the bike and in the second run I was working a lot on my riding but I had a small crash. I went out in Qualifying with new tyres quite hopeful, but the speed simply was not there, nor was the feeling. We need to understand why. Normally I can adapt better to the conditions, but I couldn’t find the way today. But when you look at the lap chat, our rhythm is not that far and I think we can be fighting in the second group.”

“Today was a tough day, especially when the temperature rises because we struggled to match our speed from the morning. In the morning I was able to pass into Q2 even after the crash and already we knew the afternoon would be difficult. We didn’t maximise our performance in Qualifying because I found Johann on my last lap but at the end of the day I don’t think this made a big difference. A good start will be important tomorrow and with a long straight we have some potential to gain early positions and aim to be fighting with the second group.”