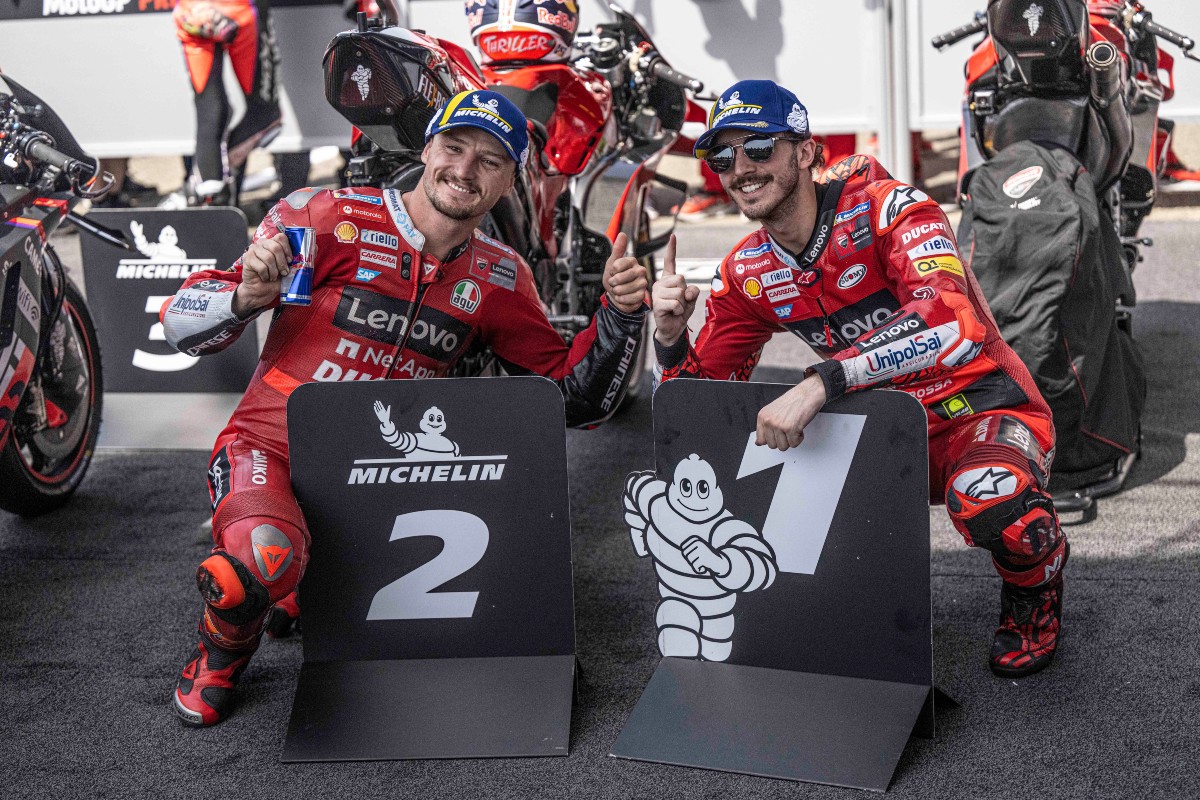 The Ducati Lenovo Team dominated qualifying for the French GP at Le Mans, the seventh round of the 2022 MotoGP World Championship held this weekend at the historic Bugatti Circuit in the Sarthe region.

Pecco Bagnaia took his second consecutive pole position this season, setting a new all-time circuit record in 1:30.450. The Italian rider thus brings to eight the number of pole positions obtained so far in MotoGP with Ducati, equalling Loris Capirossi. In addition to being the Borgo Panigale manufacturer’s first pole position at Le Mans, and the 60th in the premier class, this is also the 50th conquered by the factory team in MotoGP.

Jack Miller’s performance was also excellent as he finished second behind Bagnaia, completing an all-Ducati Lenovo Team one-two. As he has been fast from the very first sessions, Miller could also take advantage of his teammate’s references to set the second-fastest time in 1:30.519 in qualifying, just 69 thousandths off the pole.

It was definitely a positive day for us! This morning I had a great feeling with the bike, and then I struggled a little more with the higher temperatures this afternoon. However, the team made a small modification that improved my feeling and allowed me to be faster. I am happy, and I think I managed to get closer to the pace of Quartararo, who, in my opinion, is still the man to beat here. The conditions could be different tomorrow, so we’ll have to assess how to approach the race.

I’m happy with how this weekend is going and the fantastic one-two finish in qualifying for the team. I had a great feeling with the bike from the start, and my pace is good. In FP4, I unfortunately crashed, but the team guys did an incredible job setting the bike up for Q2 in such a short time. Also, I have to thank Pecco. Having him as a reference definitely helped me today. I am satisfied and confident that I can have a good race tomorrow, even if it rains.