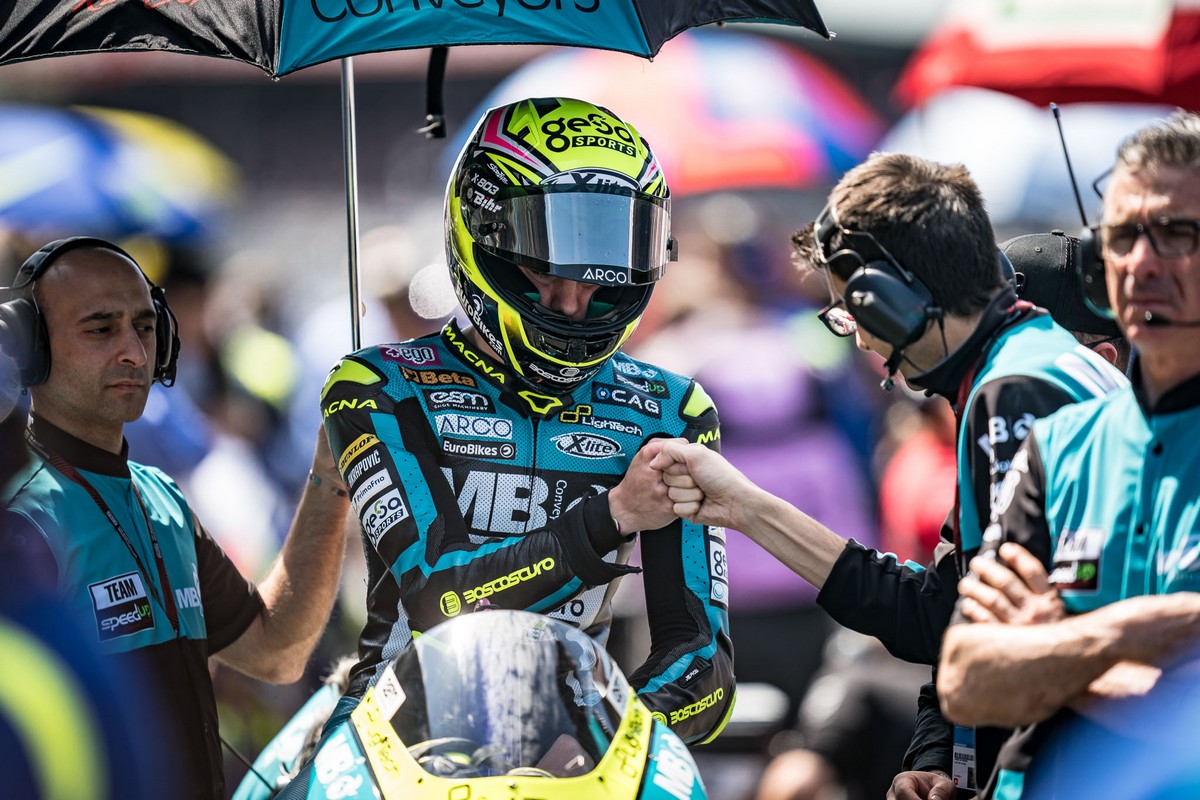 So much disappointment in the MB Conveyors SpeedUp box that once again was excluded from the fight for the podium. Lopez and Aldeguer thus left France empty-handed following crashes in the first laps of the race.

On his return to the World Championship in the intermediate class, Alonso Lopez at the French Grand Prix was immediately talked about by impressing with his speed and determination on track. A weekend to date at the top for the Spaniard born in 2001, with direct access to Q2 and sixth place on the grid which became fifth after Lowes’s unfit. Unfortunately, the bitter conclusion came in the race with the crash at turn 6 of the fifth lap caused by the error of another rider who knocked Alonso out of the race.

Even for Aldeguer, the weekend in France ended early with a crash at turn 6 of the second lap. Too bad, because the 17-year-old had managed to greatly improve the sensations on the bike and the progress achieved in the morning warm-up led to the illusion of a comeback race.

I’m really very sad about how this weekend turned out, even though it’s been a dream so far! I didn’t expect to be at this level, I’m super happy with the sensations I had and with my team. We hope that luck is on our side in the next races. We leave France with more experience and with a great desire for Mugello! Thanks to Luca for the opportunity!

Unfortunately another crash! Bad luck continues to be ours! We didn’t deserve this result, because we knew we could finish in the top positions. We continue to work in anticipation of the next race, I can’t wait to get back on track!