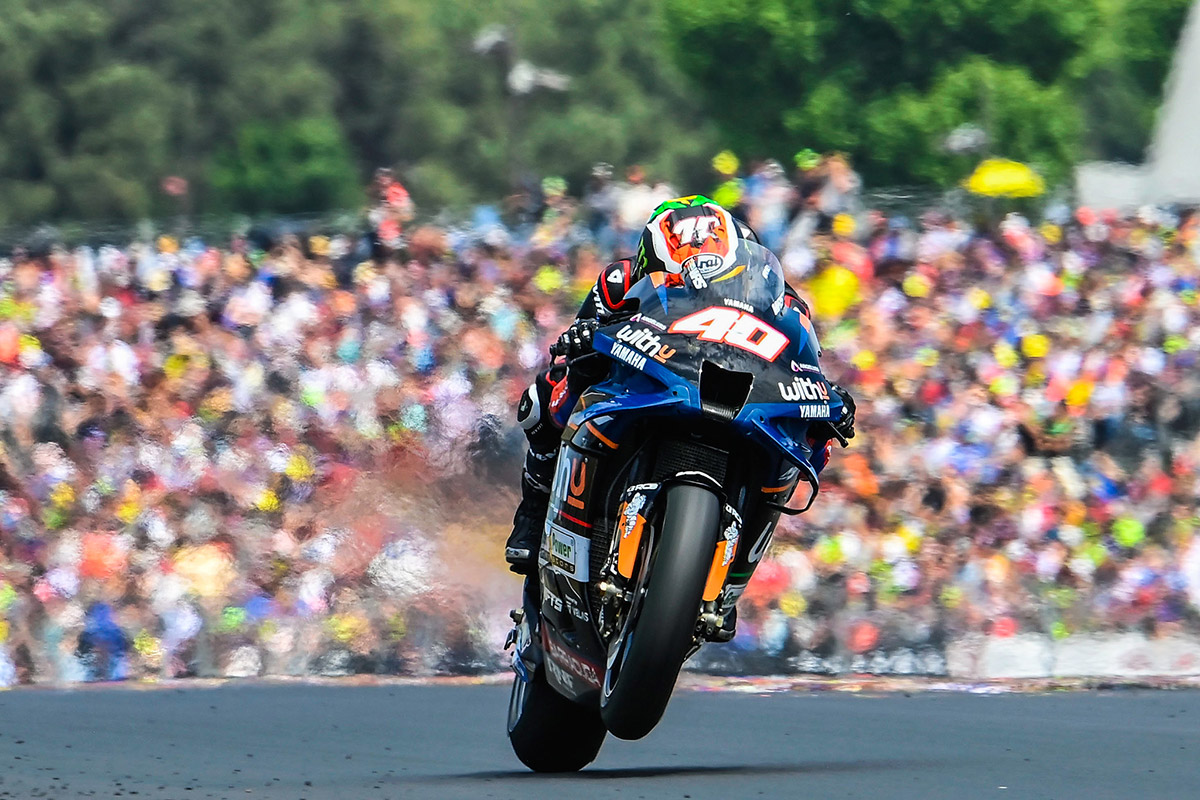 More than 100,000 fans attended Le Mans this Sunday to celebrate an incredible MotoGP race day and support the riders. For the premier class race this afternoon, even the weather was well-disposed to the spectacle and delivered hot conditions at the famous Bugatti Circuit.

WithU Yamaha RNF MotoGP Team’s Andrea Dovizioso kept it clean at the start of the 27 laps French Grand Prix and lost two positions from the start to conclude the first lap in 22nd. Until the final laps, he managed to keep a consistent pace and benefited from some DNFs in front of him, which lift him up to P16 on the line, just missing out on the points scoring positions.

Meanwhile Darryn Binder got off a flying start from 23rd position to shoot up to P15 in sector one, but quickly readapted in order to find his rhythm. The premier class rookie was back in 22nd by the end of the first lap and lost contact to the group ahead of him in the following laps, which made the last year’s Moto3 contender losing his reference points and some time. Yet, he managed to complete his sixth MotoGP race, being in 17th place at the end, still holding on to second in the rookies standings.

For WithU Yamaha RNF MotoGP Team, the next stop of the MotoGP World Championship is a special one, as the Italian Grand Prix in less than two weeks’ time means home race for Dovizioso and the team’s Title Partner WithU.

“I expected much more from this weekend. I’m very disappointed but it just confirms that the way to ride this bike does not match the way I ride it. At this moment I’m not able to change all that, I’m very sorry and disappointed. We move on to Mugello and see what can be done”

“Today was a difficult race for me. I’m a little bit disappointed with my performance. I really expected myself to do a bit better. I had a very good start, passed a lot of guys in the first corner but unfortunately, I made a mistake and ran wide in turn three on my second or third lap. After that, I really struggled throughout the race to be consistent and have a good pace. I have some things to work on and we’ll see in Mugello.”