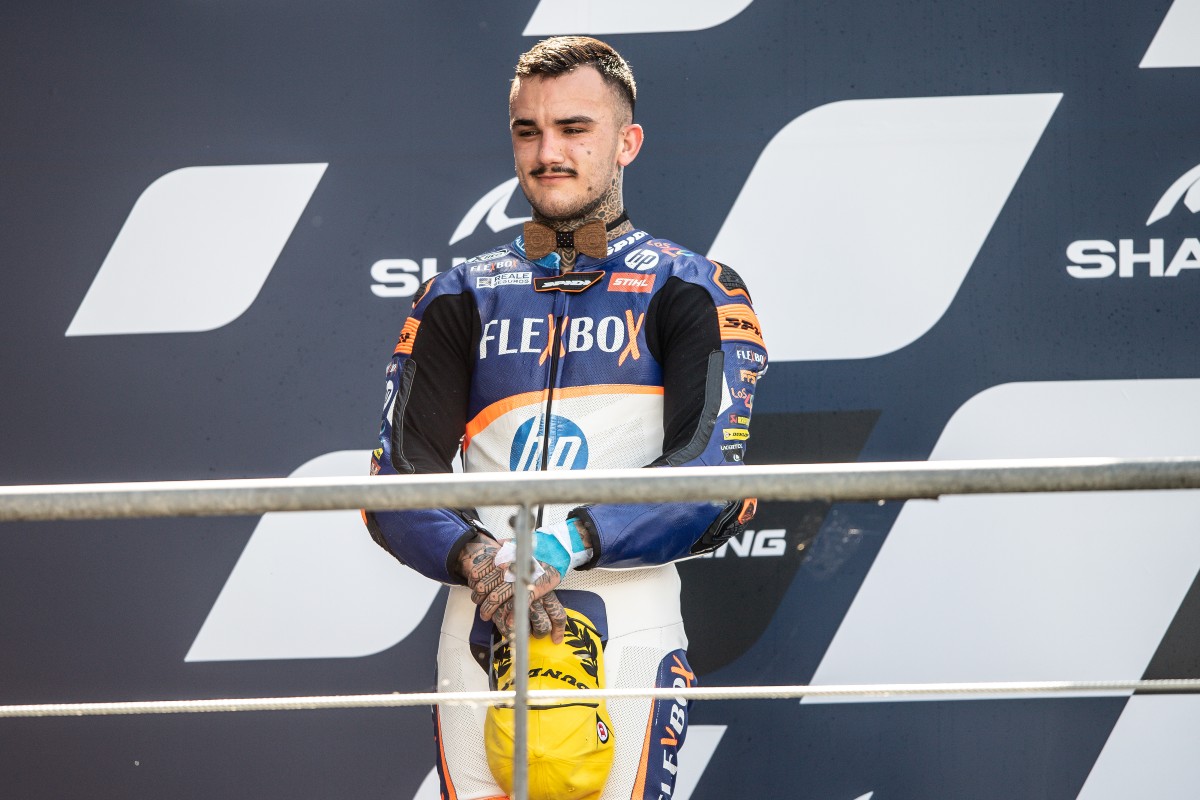 The FlexBox HP 40 has enjoyed a good Sunday of racing thanks to its two Moto2 riders, Arón Canet and Jorge Navarro.

After starting from seventh position, Canet quickly moved up to the front of the race. Knowing his good pace, with the passing of the laps the FlexBox HP 40 rider has been consolidating the second position and has not abandoned it until crossing the finish line. Excellent race of Canet who adds 20 more points to his box and climbs up to the third position in the overall standings.

Good race also of Navarro. The pupil of Sito Pons has climbed positions since the start, but in the middle of the race has suffered a lot driving his Kalex and, despite this, has been able to hold on to the second group of the race and finished in a good ninth position, the same position he occupies in the overall standings.

I’m very happy to be back on the podium again after just fifteen days after the operation. We have found a good line of work and we are achieving good results with the team. Now we go to Mugello, a circuit that has always been difficult for me and we must continue like this.

Today’s race was complicated. The good thing is that we started well and I got a good position, although halfway through the race the feeling got worse, especially feeling at the limit on the front. Despite this, we finished and scored good points. Now it’s time to improve in Mugello.