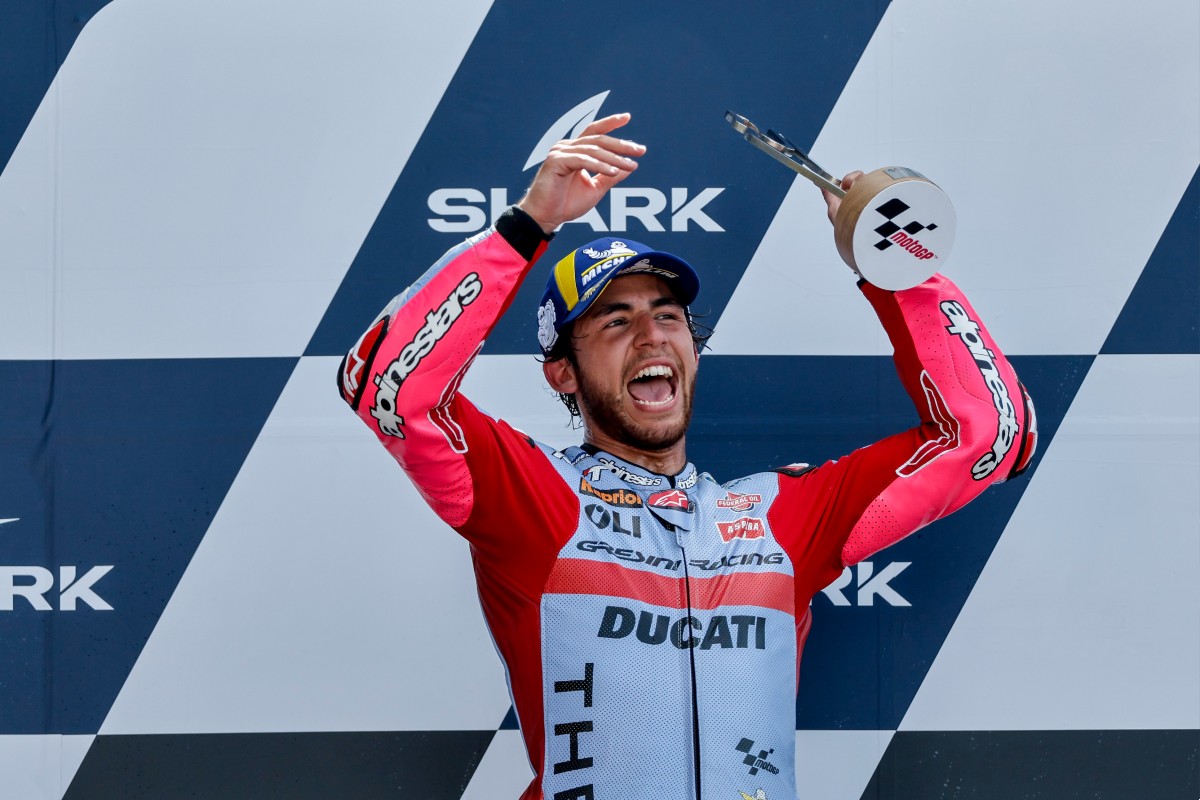 Enea Bastianini is back on the top step of the podium for the third time this year at the end of what was a masterful performance at Le Mans in France. This incredible achievement was labelled as ‘unexpected’ by the rider himself as it arrives at the end of a weekend which was marked by great speed (he set the new best lap on Friday) but also by three crashes thrice and a technical issue (on Saturday).

The win came after an excellent all-round performance from lights to flag: an incredible start, a relentless pace (low 1’32s) and an aggressive second half of the encounter against the official Ducati riders. First Miller and then Bagnaia had to surrender to the rider #23, who is back in contention for the 2022 title.

Courtesy of today’s 25 points, Enea Bastianini is only eight away from current leader Quartararo while consolidating his third place in the standings. These precious points also allow Team Gresini MotoGP to get in the lead of the ‘independent’ team standings and Ducati to be on top of the manufacturers one.

Fabio Di Giannantonio also scored his first points in the series after crossing the line in thirteenth place at the end of a great race. The Rome-born rookie can build the rest of the season on this first performance as a protagonist.

I’m surprised with this result, which shows the great work done by the whole team. This has been far from an easy weekend as I gave my mechanics plenty of work, but we gave it all on the track and this win is for all of us. We did well in finding the right moment to attack and we scored another key victory. Satellite teams can do really well in this championship, and we’ll continue to keep our heads down ahead of Mugello.

Finally, a real race. We battled from start to finish and now we’re aware we can put up a fight in MotoGP. Too bad for the small problem in my right arm, which prevented me from having full strength in the joint for the whole race. But we did well: we overtook many riders, so I make my way back to Italy in a happy mood.