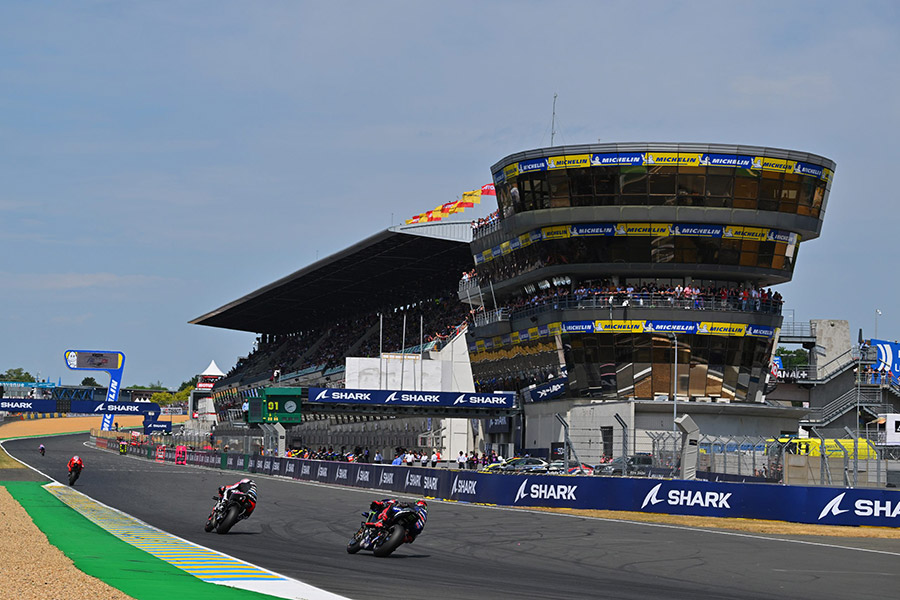 Following a dramatic first few laps in the French Grand Prix, Enea Bastianini made good use of his MICHELIN Power Slick tyres to win the SHARK Grand Prix de France, in front of a full house of spectators at the Bugatti Circuit in Le Mans. Jack Miller (Ducati Lenovo Team) came home in second place, with Aleix Espargaro (Aprilia Racing) taking the final step on the podium in third.

Rear tyre choice for the MotoGP race was unanimous, with all riders opting for the Soft MICHELIN Power Slick, and for the front the grid was split between the Soft, Medium and Hard options.

The pace during the weekend was very fast, with the top 11 riders in FP3 posting lap times under the previous all-time circuit lap record, which was set by Johann Zarco in 2018. Bagnaia beat this time convincingly in Q2, posting a new record lap time of 1’30.450.

In FP1 on Friday morning most riders used the Soft front and Medium rear combination, with some riders clocking-up more than 20 laps on the same tyres to check durability. As temperatures increased in the afternoon, FP2 saw the riders switching to Medium front with a Medium rear to continue doing longer runs and working on machine set-up, and this was followed towards the end of the session by time-attack mode for all riders.

The third and fourth Free Practice sessions on Saturday took place under similar dry and warm conditions to Friday. In FP3 the race to directly access Q2 continued, and the high number of yellow flag incidents during the sessions on Friday made setting an early fast lap time crucial. At the end of Q2 Bagnaia took pole position, with his Ducati teammate Miller and Aleix Espargaro taking the second and third places on the grid respectively.

Speaking after Michelin’s home grand prix, Piero Taramasso, Michelin Two-Wheel Motorsport Manager, said: “This was great weekend for us, with some incredible lap times and an incredibly passionate home crowd. Pecco beating the previous all-time lap record by more than seven-tenths of a second was impressive, but with so many other riders and different constructors under the previous record shows not only the versatility of our tyres, but that they are giving the riders the confidence to really push the limits.

“In the MotoGP race, the lap times were consistently good from start to finish, leading to a new race duration record which improved on the previous best by more than 15 seconds, and this included yet another lap record for Pecco.

“Finally, I was glad to see that the MotoE teams have got the set-up of the updated Energica bikes sorted, as we could see by the improvement in lap times this weekend compared to the first round.”

#FrenchGP, michelin
Get All Our Latest News Sent Direct To Your Inbox
Join 30,253 other subscribers.
Follow on Social Media
Get the VROOM Podcast