Great recovery to 8th place for Vietti in the #FrenchGP, DNF for Antonelli 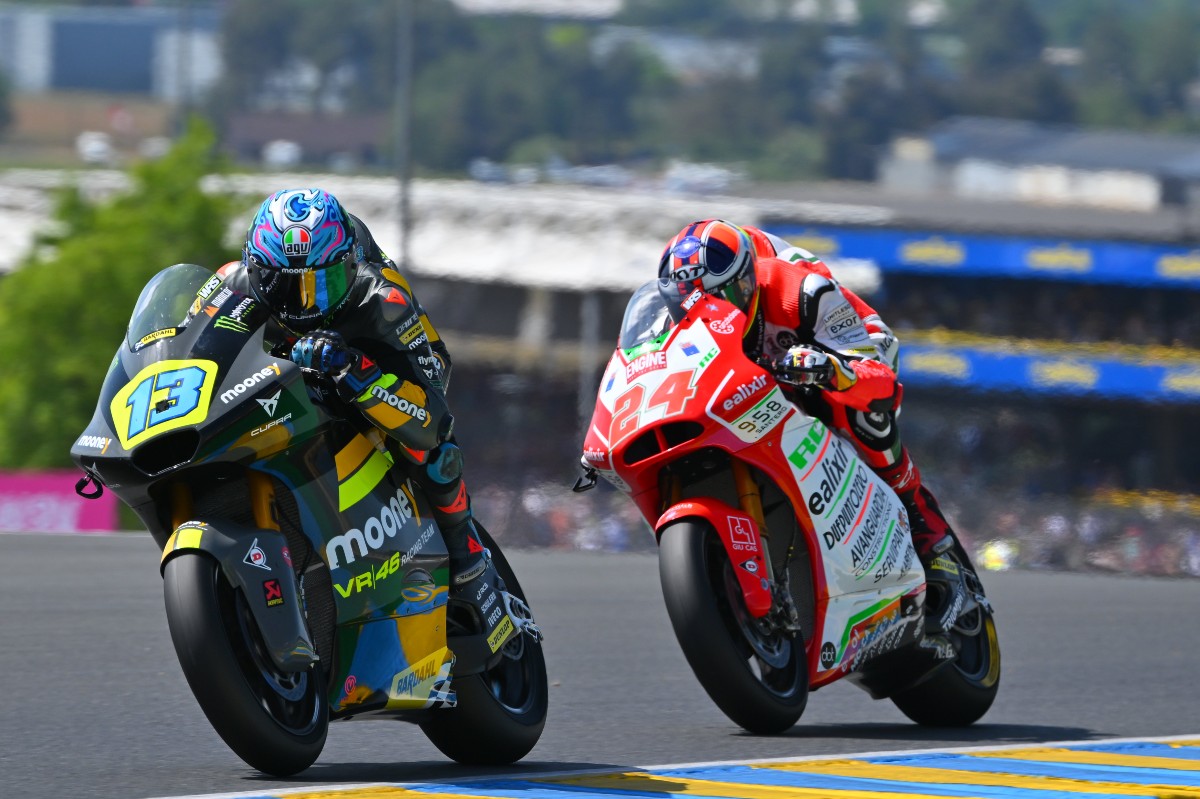 Celestino Vietti was the protagonist of a beautiful recovery at the French GP which took place today at Le Mans and crossed the finishing line in eighth place maintaining the top of the general standings. Unfortunately Niccolò Antonelli was forced to retire, in the battle of the first lap.

Starting from the P19 after a complicated qualifying yesterday, Celestino imposed his pace and recovered up to 11th place. A mistake on the tenth lap, then forced him into the gravel, but he managed to climb up the rankings again to hit the top 10. With today’s points, he is now at 108 points and remains first in the standings with a gap of 16 point to the second rider (Ogura, 92 points) before the Italian GP which will take place in two weeks at Mugello.

A Sunday to forget for Niccolò, in his first race weekend after the surgery on his arm, and at the start from the 28th position on the grid. After a good start, he crashed, with no consequences, following a race contact and was forced to retire.

I’m not entirely happy with today’s race: I recovered a lot of positions, I was fast, but I also made a mistake at the start and I went wild at mid race. A pity for the team, the guys did a great job over the weekend. I could have been further ahead in the standings today, maybe not the podium, but a few more points certainly yes. Let’s get back at work to get ready at Mugello.

I’m really sorry: it wasn’t an easy weekend after the surgery, but we made progress anyway and it was important to ride the full race distance also to understand my real conditions. I didn’t have a bad start, but in the battle of the first lap, someone touched me, I lost the front and I couldn’t do anything to avoid the crash. Such a pity.