Masterful victory for Masia at the #FrenchGP, 11th for Holgado 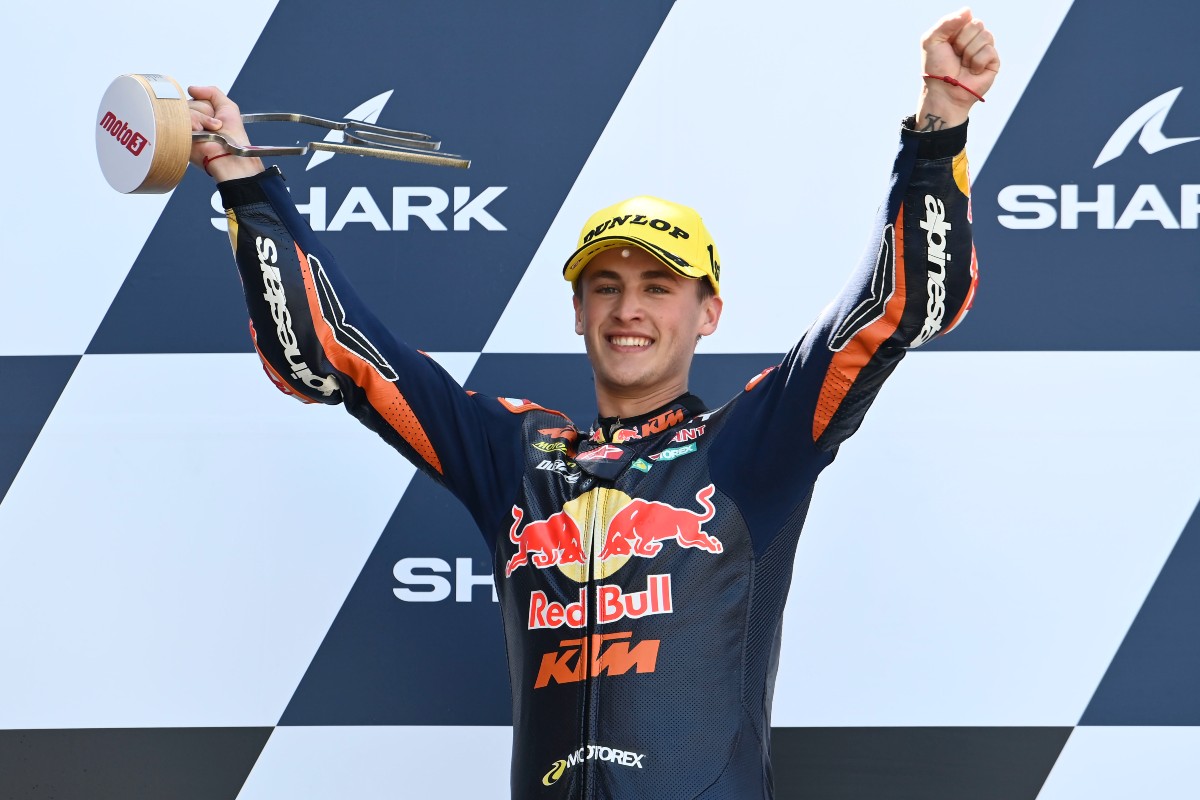 Jaume Masia continued his formidable form with victory at the French Grand Prix, his second win of the year and the sixth of his career to date. The result also extends his run of podium finishes to four contests. Red Bull KTM Ajo teammate Dani Holgado ended a solid showing in the 11th position, as the riders had to contend with a restart following a red flag on Lap 2 due to rain.

Before the red flag, Masia had enjoyed a good start to the race, beginning from the front row of the grid and riding with the leading group. The Spaniard took the second start from third place once again, following the original qualifying order, and pushed hard from the get-go. On Lap 4, he moved into the lead and tried to open a small gap over the large chasing group. However, his rivals hunted him down again and he began an intense fight for the victory until the final lap. Masia emerged on top and claimed the win.

Holgado was putting in a good performance before the red flag, but went down at Turn 2 of Lap 2 after contact with another rider. Fortunately, he was able to take the restart, again on the fifth row of the grid in 14th. The Red Bull KTM Ajo Moto3 rookie joined a large leading group, matching the lap times of the leader. Holgado remained firm in the shortened 14-lap contest, testing himself against some of the most experienced riders in the class. Finally, he took the chequered flag in 11th.

Masia is second in the Moto3 World Championship with 95 points. Dani Holgado is 15th with 28. The Red Bull KTM Ajo duo will now enjoy a week off before heading to the next round on the calendar, the Italian Grand Prix, from May 27-29th.

I’m very happy with how everything went today. I feel very good with the team and with the bike, we are working very hard and we are reaping the benefits of that. We have to continue in the same way, push as we have been doing and enjoy ourselves. I am looking forward to continuing to progress at the next few races. Today’s contest was a bit tough, since managing nerves after a red flag, and not knowing if the track was wet or not, is not easy. In the end, luck was on our side and the move turned out well for us.

It has been a very positive weekend, as we have been fast from the start. It was a very quick contest and shorter than normal, due to the red flag. I’m happy because we set a great pace in all every session and we’ve been consistent, and almost always in the top 10. We have to try to continue like this, take further steps forward and learn. We have to improve a bit in the races, especially on the last laps, in order to be able to be up at the front. Both the team and I continue to work hard, and I’m sure there will be good results in the future.