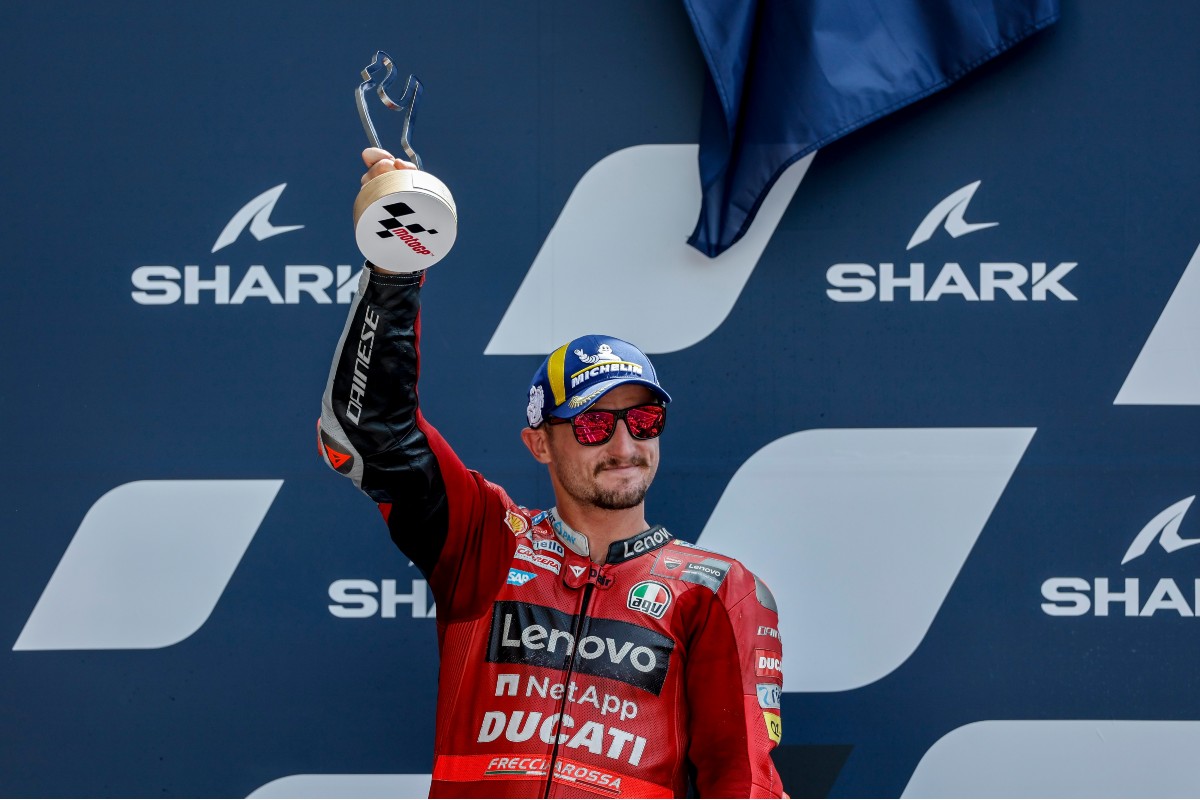 Jack Miller takes his second podium finish of the season at the French GP, held this afternoon at the historic Bugatti Circuit in Le Mans. The Australian rider made an incredible start from second on the grid, which allowed him to take the lead of the race immediately followed by Pecco Bagnaia and the Desmosedici GP of Enea Bastianini (Gresini Racing).

Bagnaia, who started from pole position, passed his team-mate on lap four and led the GP until lap 20 when he was overtaken by Bastianini, who had passed Miller ten laps earlier. Unfortunately, soon after, Bagnaia suffered a crash at turn 13 that ended his race.

Therefore, the French Grand Prix ended with two Ducatis on the podium, with Bastianini first and Miller second. Thanks to this result, the Ducati Lenovo Team rider climbs to fifth in the overall standings, 40 points behind leader Quartararo. Bagnaia, on the other hand, remains seventh, six points behind his teammate. Ducati remains firmly at the top of the manufacturer’s standings, 54 points ahead of the second, while the Ducati Lenovo Team is fourth in the teams’ standings.

With the soft tyre, I knew I had to stay calm, and I tried not to push too hard at the start. After ten laps, I started to struggle a little, but towards the middle of the race, I understood how to ride the bike to manage the problem. I managed to catch up with Pecco and Enea, but they had a better pace than me. It would have been nice to have three Ducatis on the podium today, but unfortunately, Pecco crashed. I’m happy with this second place because it allowed us to gain a lot of positions in the standings, so now it will be important to continue like this to try to shorten the gap in the Championship further!

Today, everything was perfect, until the crash! After going wide at Turn 8 and losing ground to Bastianini, I didn’t think about going to catch him right away because I knew I was fast, but at Turn 13, I made a mistake and crashed. Today we lose 20 important points for the standings, and it becomes more difficult to recover, although the Championship is still long: we can’t afford to make any more mistakes in the next races.

The Ducati Lenovo Team will be back on track from 27th-29th May for the Italian GP, scheduled as is the tradition, at Mugello Circuit.