Solid 4th and 5th in the #FrenchGP for Foggia and Suzuki 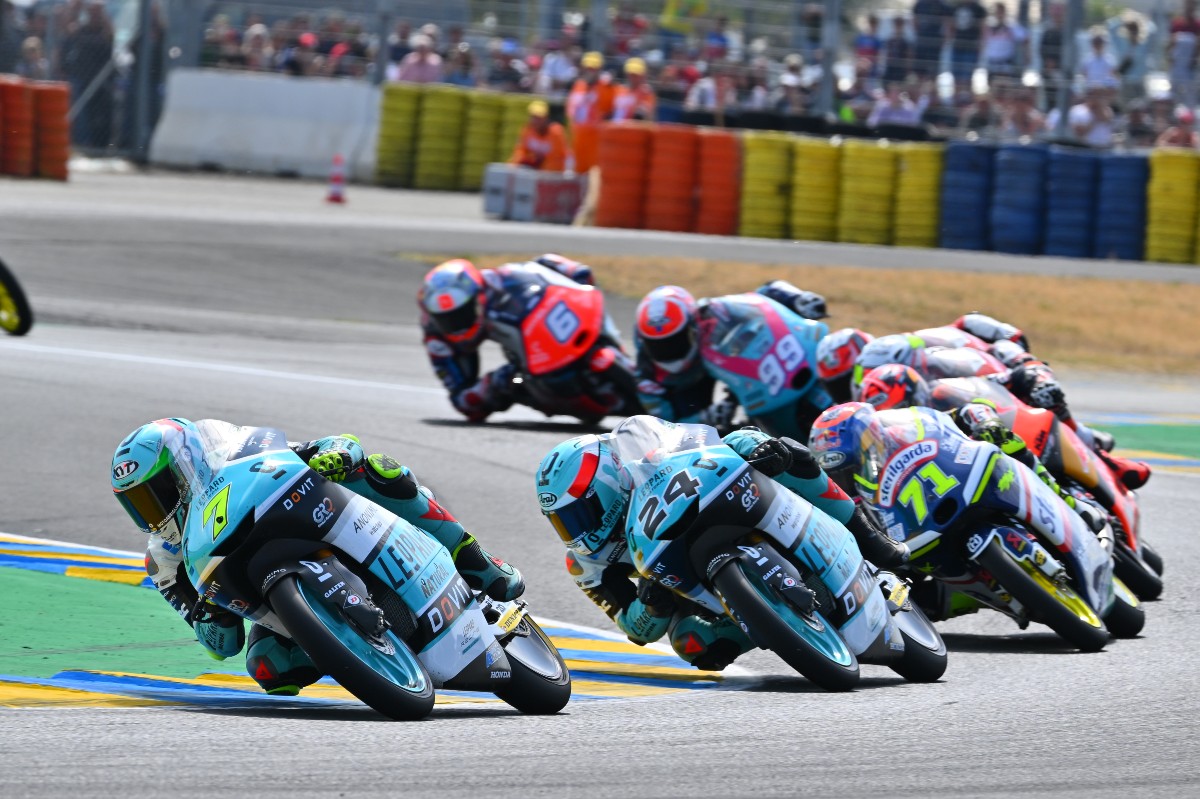 The Le0pard Racing has had a solid Sunday at the iconic circuit of Le Mans.

Dennis Foggia crossed the line 4th and team mate Tatsuki Suzuki 5th, after a tough battle for the podium positions.
The beginning of the race had been quite tricky, as right after the second lap it started to rain and immediately the whole grid had to stop due to the red flag.

Riders had to go back to the box, make decisions according to the expected weather, and then restart the race.
Both Dennis and Tatsuki have been strong, have fought and have demonstrated their speed. The Le0pards have been on top throughout the whole race.

Just at the very last lap, they’ve missed the options as other rivals have overtaken them. This is racing! The bright side is that they’ve finished in very good positions, gathering solid points for the championship.

After today’s result, Dennis Foggia is 3rd on the standings (95 points), and teammate Suzuki the 9th (38 points). The Le0pard Racing occupies the 2nd position on team’s standings (133 points).
See you all in Mugello in two-weeks-time!

I wanted to win, and I’ve commanded most of the race, unfortunately, at the end, it was impossible to overtake back. We’ve done a great job this weekend, and we’ll try again in Mugello.

I really wanted to get my first podium with Le0pard, at the end of the race it was quite difficult to keep the pace and fight back. We are closer, we’ll keep pushing in Italy.