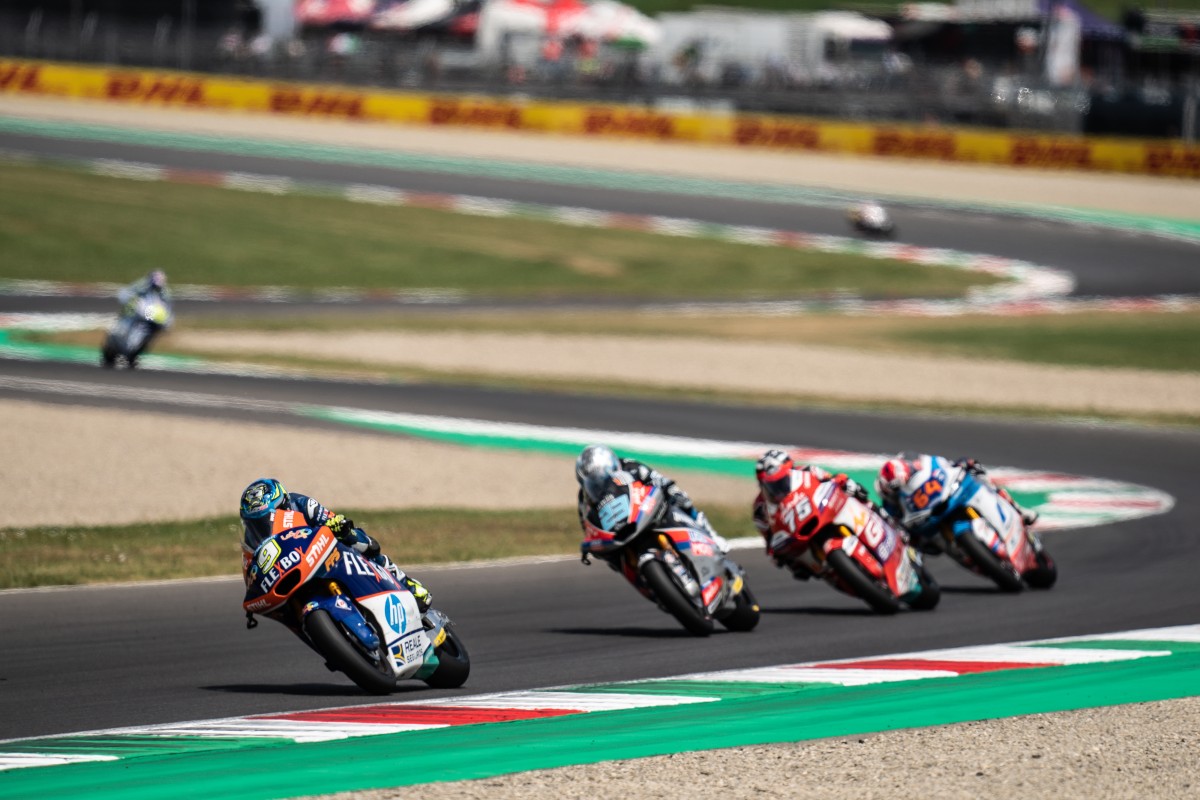 Difficult and complicated Sunday for the FlexBox HP 40 who hoped to say goodbye to Mugello with a better reward.

Canet, who started from pole position, has been all the race in the front group of two riders, formed by him and Pedro Acosta, who was leading. Opening a gap on his rivals, Canet was very comfortable in second position and looked strong enough to attack and achieve the first victory of the season, but a crash in the last corner ended all his aspirations. Despite the crash, Canet remains third in the overall standings, 19 points behind the leader.

Difficult race also for Jorge Navarro. In a weekend with a lot of feeling problems with his Kalex, Navarro found the sensations yesterday and went out to the race today ready to confirm them. He made a very good start, placing eighth and riding in the second group of the race, but the FlexBox HP 40 rider saw how he was running out of grip as the laps went by and could not defend his position. He crossed the finish line twelfth and adds four more points to his scoreboard, being ninth.

Today I had a very good start and some very aggressive first laps and I felt very comfortable. But I quickly saw that I was running out of grip and the bike became very unstable. I tried to fight with the other riders but I lost a lot of positions. In the end I crossed the finish line twelfth, scoring four more points and I’m already looking forward to Barcelona next week.

I’m disappointed after today’s crash because we had very real options to achieve the first victory in the category. However, we know that more and more we have the potential to be at the front in every race and that makes us not to be discouraged and we will come back stronger at our home race.

#ItalianGP
Get All Our Latest News Sent Direct To Your Inbox
Join 25,263 other subscribers.
Follow on Social Media
Get the VROOM Podcast