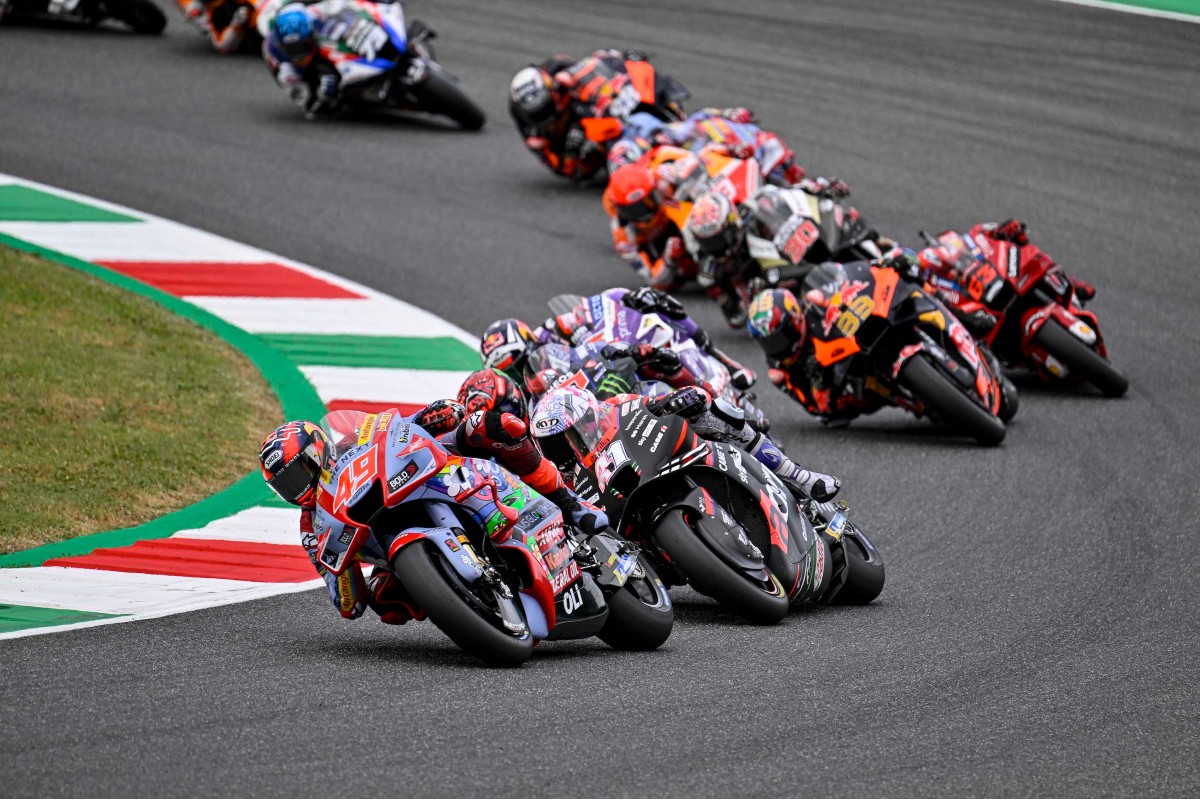 Enea Bastianini’s comeback drew to a close with ten laps to go as the Italian rider lost the front-end of his Ducati machine at turn four and found himself – uninjured – in the gravel. This is quite a disappointing result as the #23, who was the only rider with a soft rear tyre, was able to recover six places after what was surely not the best start to the encounter. Today’s DNF has a big impact in his championship situation, but with Montmeló around the corner there will be a chance to make amends.

Fabio Di Giannantonio’s result has a completely different taste, as the MotoGP rookie was starting from pole position in this year’s #ItalianGP. The #49 of Team Gresini Racing MotoGP was able to hold the pressure in the early stages and stay towards the front. He was eleventh at the finish line, his so-far best result in the premier class as he adds more points to his tally after the ones scored in Le Mans.

First of all, it’s great to start on pole at Mugello and lead on the opening lap. That and the Mugello crowed were really impactful on this experience. Too bad for the race, as I think a faulty tyre made things a bit more difficult. I never found the same feeling I had throughout the weekend and I struggled in keeping the bike stable. We could have stayed in the second group and battle for 7th/8th place, but we still made another step forward.

It’s a shame: we had a great pace, and I was fast. Unfortunately, I got sucked in by Aleix’s slipstream and got a bit too quick into turn four, and that led to my front-end tuck. With clear track ahead I was really fast, while it’s always hard in the slipstream at Mugello.