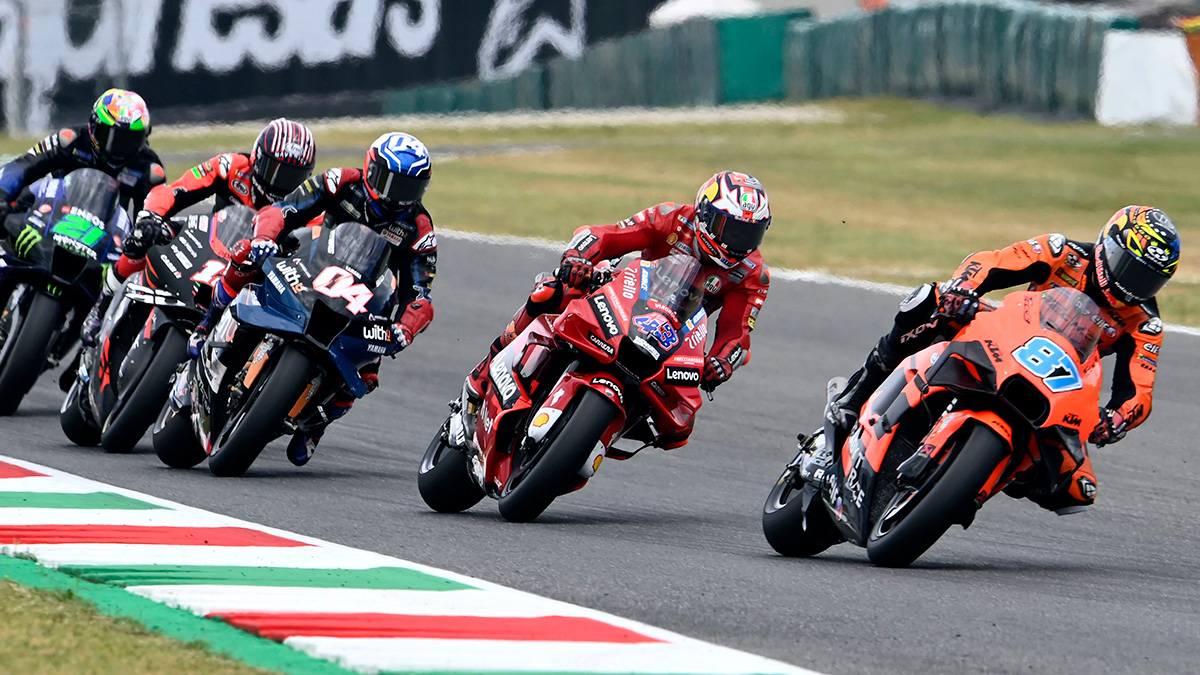 Mugello, Tuscany hills, Italian fans, the beautiful sound of MotoGP engines, cloudy sky with the uncertainty of the track conditions… All the ingredients were reunited to make the day an exciting race day as the MotoGP class was set to take its eighth start of the season, at the Italian Grand Prix. Tech3 KTM Factory Racing rookies Remy Gardner and Raul Fernandez were starting from the nineteenth and twenty-fifth positions.

After a tricky qualifying day yesterday perturbed by the arrival of the rain right on time for the qualifying session, the MotoGP class returned to the action this morning for the final twenty minutes of warm up on a track already dried up by the Moto3 and Moto2 classes despite the rain overnight.

Australian Remy Gardner did a good session which gave him a little boost of confidence for the race. When the lights went out at 14:00 local time (GMT+2), Remy started fine but lost a few positions within the first corners, which we will admit can be impressive for a rookie with twenty-five other world class riders trying to find their space. Either way, he did not lose his focus and progressively got to a race pace suiting him. The Australian native but adopted by Spain classified nineteenth today, and will be heading to what can be fairly considered as his home race next week, the Catalunya Grand Prix.

Raul Fernandez was going through another tricky weekend here in Mugello. On Saturday, the rain caused some confusion in the tyre strategy to adopt during the qualifying session, meaning that he was unable to produce a fast lap and was starting from the final row today. After making his final adjustments in the warm up this morning, Raul Fernandez took his eighth MotoGP start and maintained his position, focusing on getting his race pace set. He passed the final line in P21 and will now be looking forward to trying to improve next week in Barcelona.

“I am happy that I finished the race because I was feeling very good physically. Mugello is a very difficult track, and even in Moto2 last year, it was difficult. Today I was able to give my best at every lap, so I am happy with myself. The MotoGP bike is a big beast to ride so it was a positive step we made this weekend.”

“It was a difficult race today. The start was not too bad but then it got complicated quickly until the end. I was not feeling good on the bike, was struggling to turn properly, and was unable to give my best. We will work on trying to get a different setting for the Catalunya Grand Prix which I hope will give us more potential to be faster and more efficient. I felt a big drop of grip with my rear tyre which was difficult to deal with towards the end of the race. Hopefully we’ll find solutions for next week.”