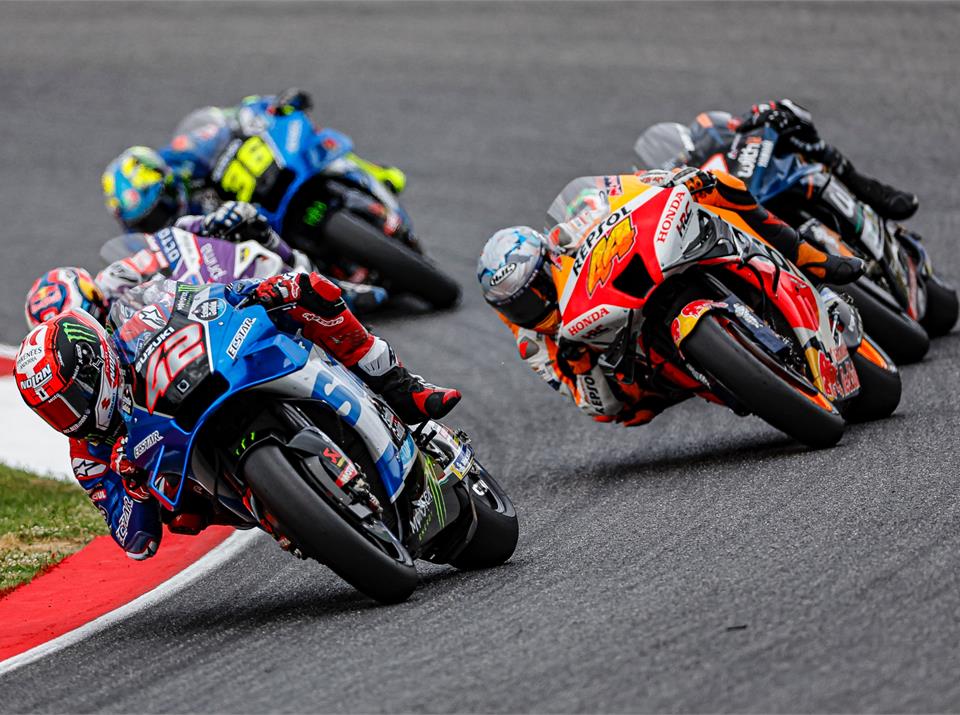 The Italian GP ended in disappointment for Team Suzuki Ecstar as both riders suffered falls on Lap 8 of the race at the Autodromo Internazionale del Mugello.

Despite struggling to find feeling throughout the demanding weekend, and qualifying a long way down the grid, Joan Mir and Alex Rins felt determined to gain as many positions as possible. The lights went out shortly after a stirring rendition of the Italian national anthem rang out around the Tuscan hillsides, and Rins was quick to build up pace, slotting into 15th on the first corners. By the fifth lap of the race Rins was up into 13th and Mir was running in 17th.

As Mir began to settle into a rhythm and look to gain more places on Lap 8, he suffered an unfortunate off at Turn 1, ‘San Donato.’ Although it’s a fast place to crash, he was fortunately uninjured. Just moments later, on the same lap, his team-mate Rins was also down and out – this time at Turn 12 – when a collision with another rider ended his hopes of scoring points.

The team will move directly onto the ninth round of the season, which will take place next weekend at the Circuit of Barcelona-Catalunya; a favoured spot for both riders.

“I was unlucky today, because I was gaining positions and feeling good, but then I was taken down by another rider. For me the move was too aggressive, and I went to Race Direction to express my concerns. On the previous lap between corners 10 and 11, I overtook Nakagami and he opened the throttle and blocked me. The next lap he did the same; he came round the outside and then we collided. Luckily, I’m not injured, but it was a shame for me. The next race is at a track I really like, I want to enjoy it, and we all want to return to form and show what we can do.”

“This has been one of the worst races in my top class career, because I never managed to achieve the right feeling and it’s a real pity. I came to Mugello feeling very optimistic and we’ve been competitive here in the past, but things changed and it was the opposite to what I expected. Unfortunately I crashed out today, whilst braking a bit late on angle after taking a slipstream, but I’m OK. Now we need to investigate everything in detail before moving onto Barcelona, where I want to recover my feeling and achieve something nice.”