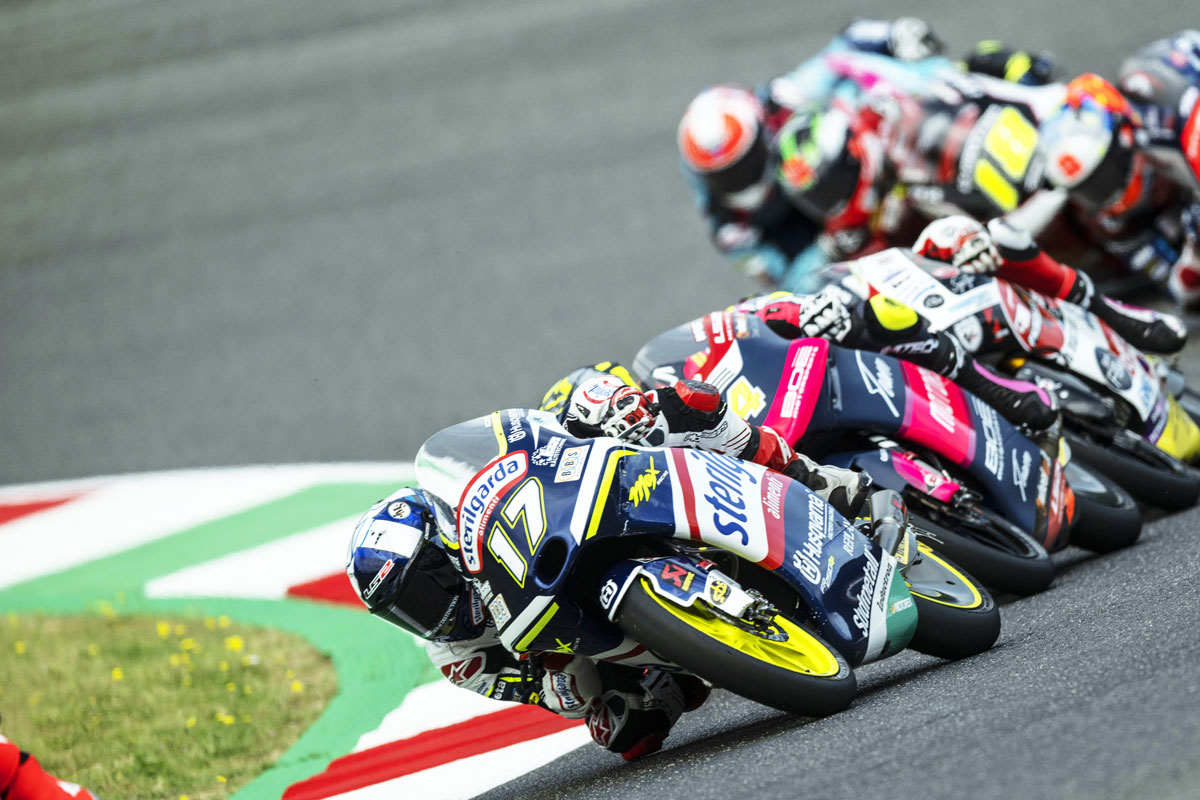 The Italian Grand Prix ended with a crash on lap 11 for John McPhee, fortunately without any physical consequences. The British rider slipped at turn 14 during lap 11. The driver who followed him hit John’s Husqvarna, but luckily there was no impact with the pilot.

Until then, John was running a good race. In fact, even without a very good start, starting from the sixth position on the grid, he passed on the first lap eleventh, during the following laps he climbed up to the seventh position.

John until the fall was in the lead group and fighting for the podium. Unfortunately, at turn 14 he lost control of his FR 250GP and it was a good thing that D. Holgado, who followed him closely, did not hit him. I

JOHN MCPHEE :
“Overall, until race day I think we had a very productive weekend. We managed to show that we have come back strong from the injury, and we were there in the top 10 in all sessions and this is very good. In the race unfortunately, I struggled a bit from the beginning just to keep my position and it was a little bit difficult to make a pass. Finally I made a mistake, it was completely my fault, I made a high side and crashed. I am very sorry to the team about that. The good point is that we showed that we have the speed, we are only now in the third race of the season for me, so I just need a little bit more time to adapt a little bit more. Anyway I think there is a lot of positives although it was a negative end to the weekend. I look forward to Montmeló, and having another strong weekend there.”