No reward for Masia and Holgado, 17th and DNF at #ItalianGP 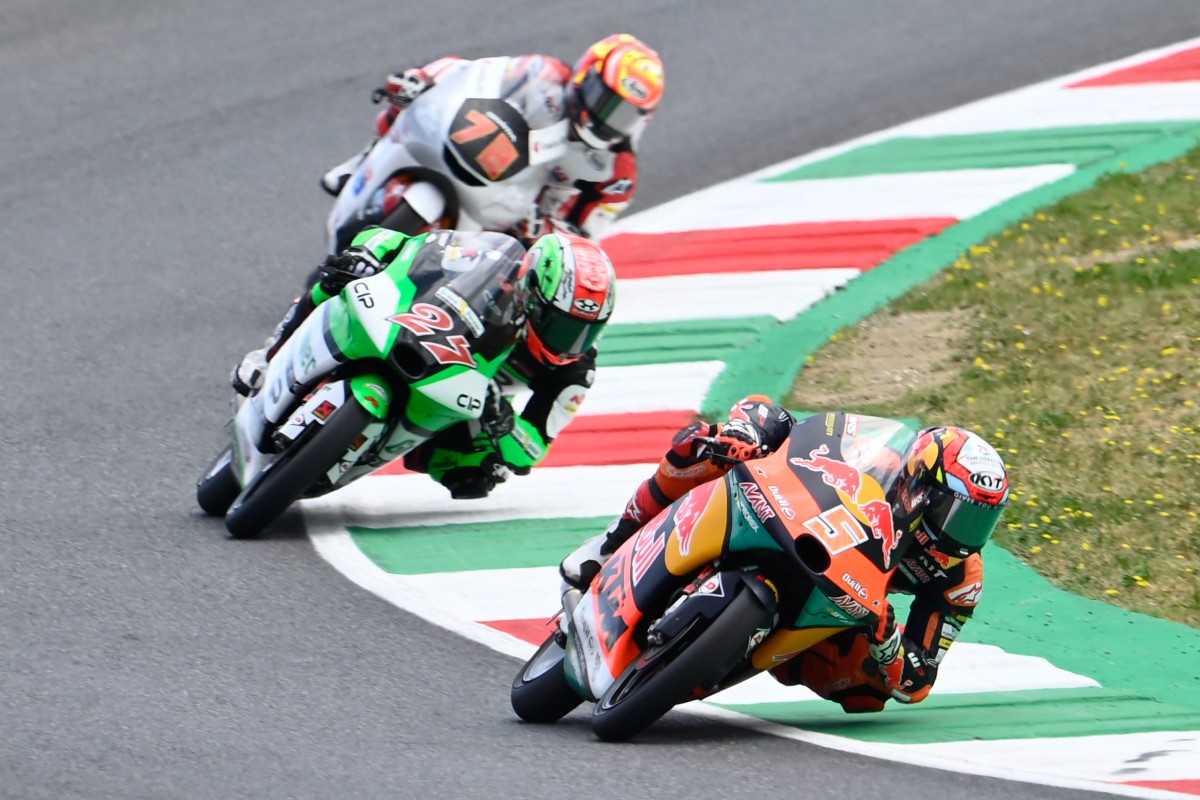 The Autodromo Internazionale del Mugello hosted the eighth round of the 2022 Moto3 season this Sunday. Jaume Masia would suffer misfortune with an early incident at the Italian Grand Prix, fighting back for 17th position. Red Bull KTM Ajo teammate Dani Holgado crashed when fighting in the front group and was not able to remount.

Masia experienced the difficulties involved in starting in the middle of the grid and, in the first corner, gave up several positions. From 16th, the Red Bull KTM Ajo Moto3 rider pushed to climb the order, setting the fastest lap of the race on Lap 3. However, shortly after, he went off track after colliding with another rider and lost places. From 25th, he rallied for 17th at the chequered flag.

Starting from second – his best grid position to date – Holgado dropped down to fifth at the first corner. The rookie pushed hard within the chasing group and helped stop the three riders at the front from breaking away. An intense series of passes followed, in which Holgado had to fight against some of the most experienced riders in the class. Unfortunately, on Lap 12, he crashed when inside the top 10, unable to avoid another competitor who went down in front of him. Holgado’s race came to a premature end as a result.

Masia occupies 3rd position in the Moto3 World Championship with 95 points. Holgado is 15th with 28. The Red Bull KTM Ajo duo now travel to Barcelona, for the Catalan GP from June 3rd-5th.

It was a tough race. It was a shame that we got caught up with another rider at the start of the race, but that’s the way racing is -and even more so in this class. We hope that luck will be a little more on our side in Barcelona, where we will try again and continue fighting as we always do. I’m looking forward to starting the next round and putting today behind me.

It was a very positive race, since we were in the group. The crash was a shame, since the rider who was in front of me fell to the ground and I couldn’t avoid him. We were having a great weekend, in which we had been taking steps forward, so I’ll take that away – as well as how we were doing until the moment the incident happened. I want to thank the team for their support. Today we saw that a top 5 finish was possible. It wasn’t meant to be, but next week, in Barcelona, we’ll have another chance and we’ll try again.