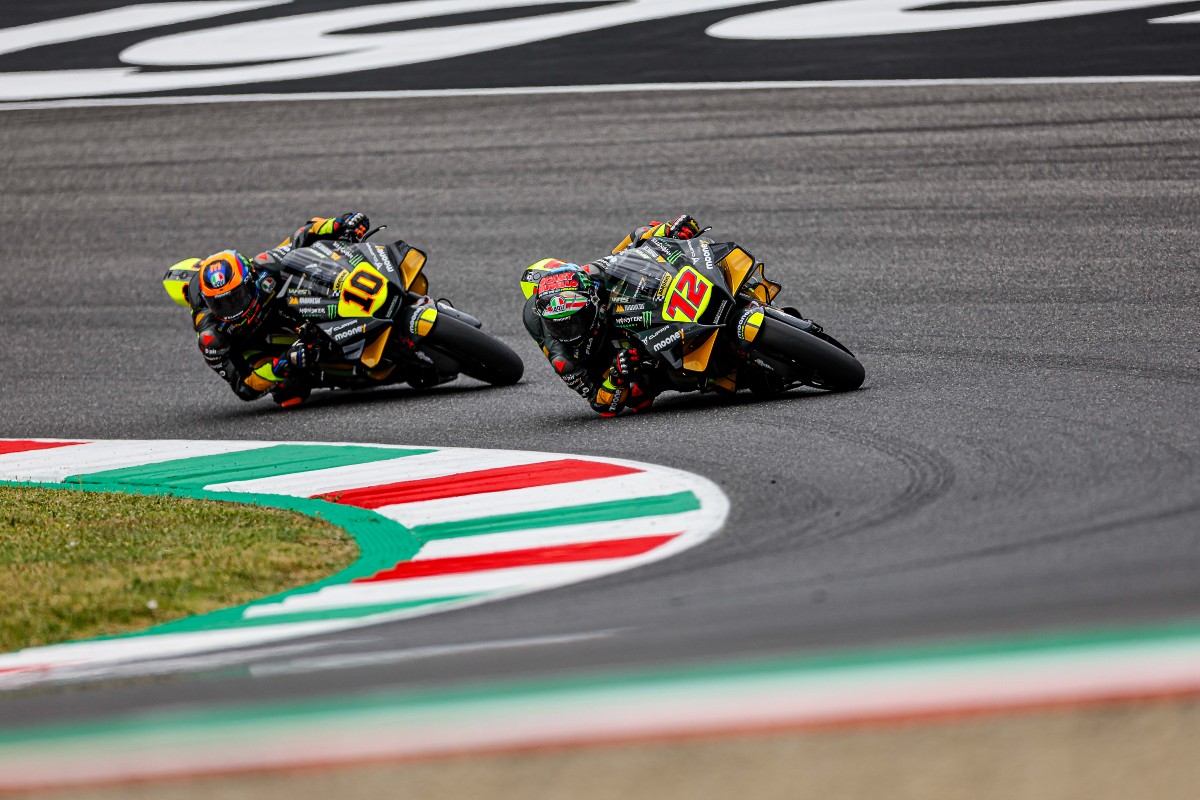 A no more SCARY Mugello, as written on Marco Bezzecchi’s special helmet at the start of the Italian GP, for the Mooney VR46 Racing Team that achieves the best result of the season so far on the Ducati Desmosedici GP with both riders in the top 6. A weekend to frame for Marco Bezzecchi and Luca Marini: first 2-3 in qualifying and today respectively in P5 and P6 on the finishing line.

Starting from the second position of the grid on his 100th GP in the World Championship, Marco imposed his pace leading the group for eight laps and remained in the fight for the podium until seven laps to go. Constant and fast throughout the long run, he was the first rookie under the chequered flag. With today’s points, he confirms the P1 among the rookies (30 points) and the P17 in the general standings.

Second consecutive top 10 and best placement of the 2022 also for Luca (P16 in general standings with 31 points and always at the finishing line during the season) who was in the slipstream of the group fighting for the podium after the P3 in qualifying.

I am very happy with this Sunday: a great race, I really enjoyed it. I got off to a good start, I tried to give my best. And then what an emotion to have been leading the MotoGP race for the first time right at Mugello. Before the start I said to myself: I want to make the most of the great job of the whole team and Ducati and entertain the fans in the stands and at home. I have done my best. Many thanks to all of you for the incredible support.

A good race and a good result, especially if we look at the gap from the P1 which has been greatly reduced. We got closer to victory and the podium and this is the result of the work done by the whole team in the last few GPs. We knew from yesterday that we were missing something to fight for the top three, but we tried to give our best in front of the home crowd who supported us all weekend. Let’s start from here to make other steps forward in Catalunya and get closer and closer.