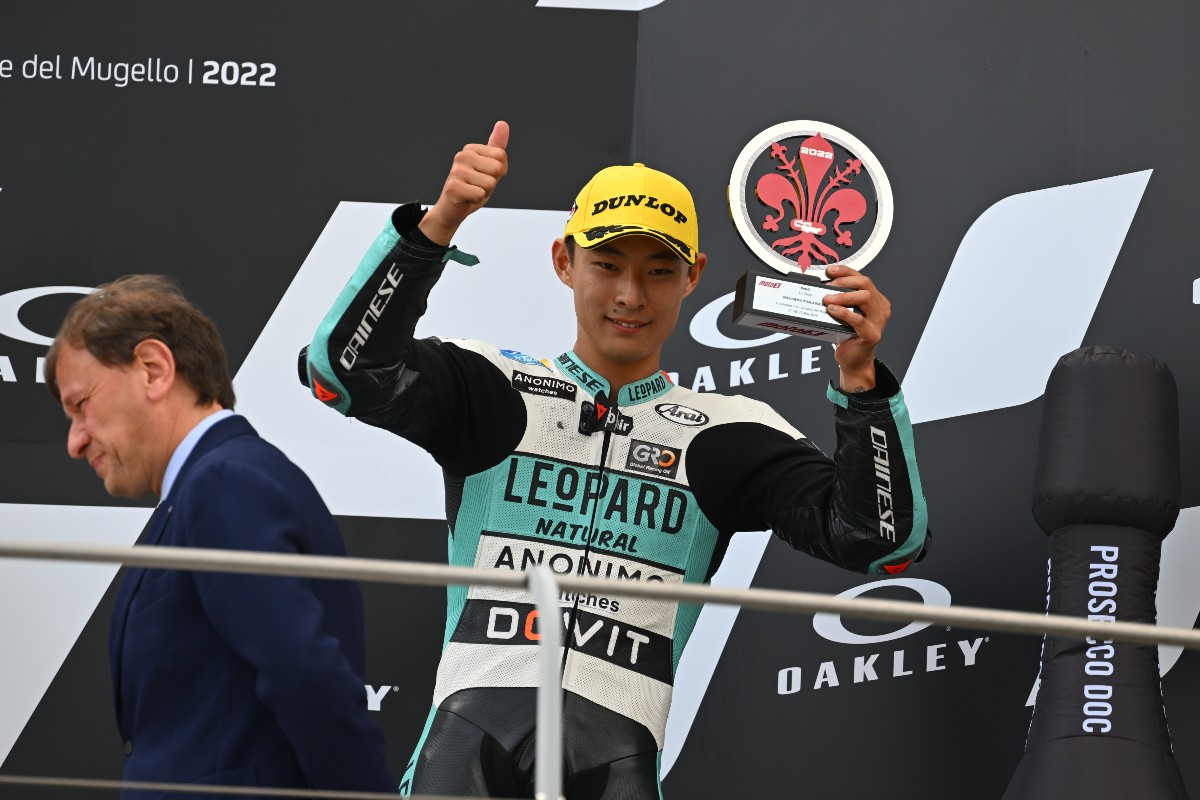 Tatsuki Suzuki takes his first podium of the season with Le0pard Racing.

Dennis Foggia started from the 3rd spot of the grid. The Italian was leading the race and imposing a tremendous pace, when suddenly, after having opened a gap, ended up on the gravel. The rider is fine, which is the most important.

On the other side of the box, team mate Suzuki has carried out the best race of the season so far, as he’s crossed the line 3rd after an amazing battle with rivals.

Tatsuki Suzuki occupied the 11th spot of the grid and did a great comeback. He even led the race, received a long lap penalty due to a contact with another rider, but nothing stopped the Japanese on his way to the podium.
The #24 has been aggressive, clever and fast. He’s done the exact movements when needed and has been able to reach his first podium of the season.

After today’s results, Dennis Foggia is 4th on the general standings (95 points) and Tatsuki Suzuki the 8th (54 points). The Le0pard Racing is 2nd (149 points).

See you all in less than a week in Barcelona!

The podium was something we’d been looking for so long, and we finally got it. I want to thank the team, my sponsors and all the people supporting me. I’m really happy, and I felt strong during the race, we could’ve won, but in any case I’m super pleased!

I had opened a gap, and I was being fast when I suddenly crashed. It could have been a great race, but we’ve given our best and we’ll try again in Barcelona!