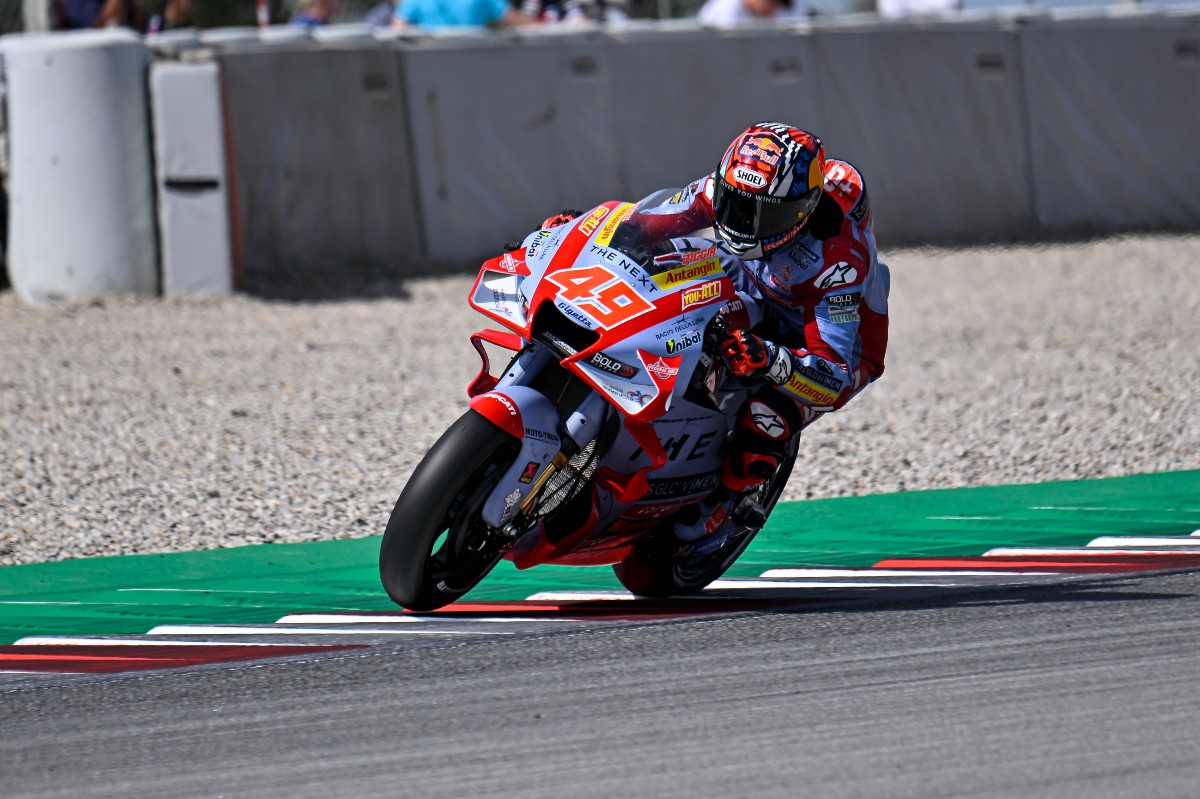 Was Mugello’s pole position a coincidence? Not really. Coincidences do not really exist in MotoGP, and Fabio Di Giannantonio proved it by showing some scintillating form on the single-lap again as he qualified fifth for tomorrow’s Catalan GP race – and was only 0.357secs shy from Espargaró’s pole position.

This is a true display of power for the rider #49, who has always been better known for the race comebacks than the qualifying performances. The wind is changing, however, and the Rome-born rider will sleep tight tonight knowing he will line up close to the front of the grid.

Enea Bastianini, on the other hand, had a much more challenging Saturday, as he narrowly missed on Q2 first in FP3 and then in Q1 – as he was only 0.023secs shy of making it through. With a good race pace on his side, however, the Italian will try to get a good start and be aggressive early on – for what hopefully be another successful comeback.

Even though we don’t have to prove anything to anybody, it was important to confirm our growth and what better way to do so than by putting together another good qualifying such as today. We’re working well, changing very little on the bike and we can do well tomorrow. Surely we still need to improve our pace a bit more, especially in the second half of the race. The warm up will give us some reassurance also on tyre selection.

Too bad, because we had another type of result in mind. It’s a shame also for the last lap because I found a rider ahead of me at turn 3 who was roaming around, and I couldn’t improve. We should have made it into Q2 already from this morning, but it didn’t happen. The pace is good, the race is long so we can recover many positions. We will surely need a strong start and some attack-mode early on.