Another beautiful 6th place for Marini in #CatalanGP, DNF for Bezzecchi 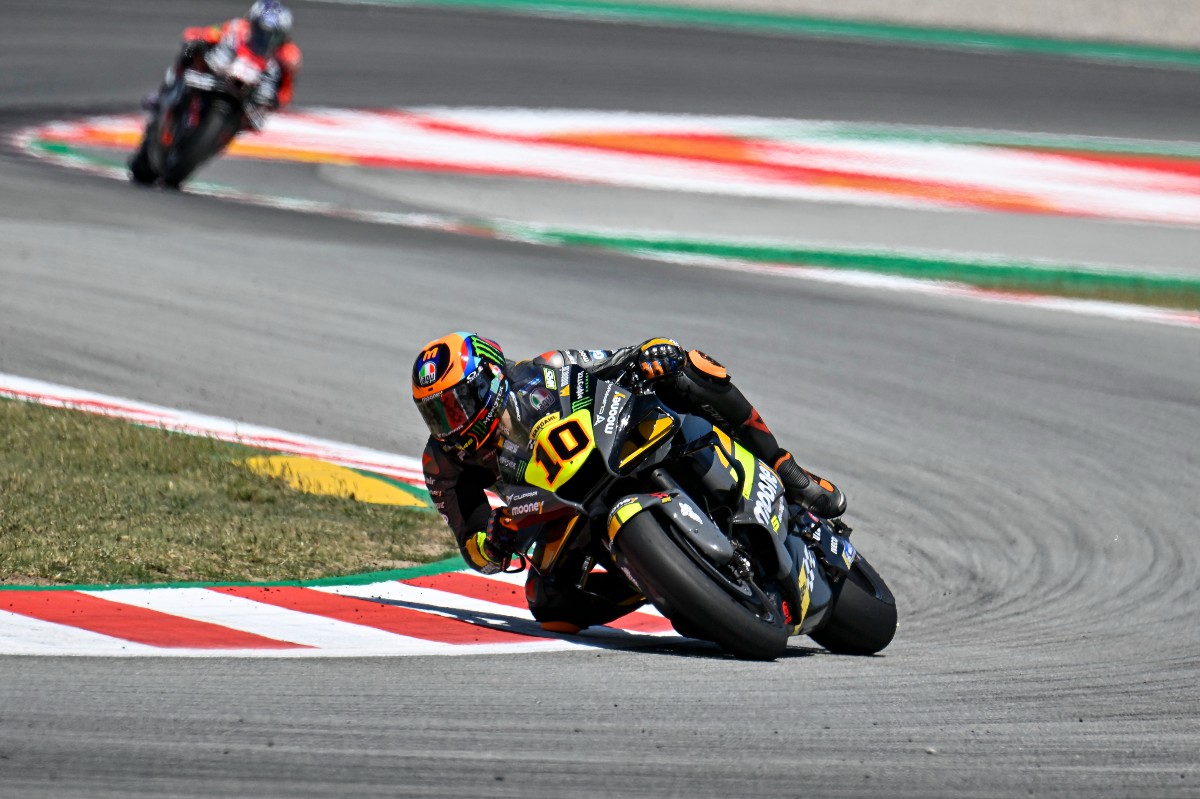 Another proof of solidity for Luca Marini on the Ducati Desmosedici GP and second consecutive P6 for the rider of the Mooney VR46 Racing Team who crossed the finishing line of the Catalan GP in the slipstream of the group of the very first guys. Marco Bezzecchi was forced to retire after a crash when he was in P13.

Starting from the ninth place of the grid and capable of a good start, Luca immediately recovered ground and moved close to the first guys in the initial stages of the race. With a good pace on the long run, he equalled his best result of the season so far. With today’s points, he climbs to the 14th place in the overall standings with 41 points.

On the other hand, a more complicated Sunday for Marco, forced into the P15 after the battle at the start and then forced to retire, after a crash, during the fifth lap. He is in the P17 in the overall standings, always first among the rookies on the eve of the two races in a row between Germany and the Netherlands.

I am very happy with today’s race: I made no mistakes and I kept a good pace. I lost during the first two laps a little too much, I was behind Espargaro, there were the yellow flags and so I lost the contact with Zarco who then climbed up to the podium. Then I tried to force a bit, but I stressed a lot of the rear tire and I preferred to manage it. Despite this, the last 6 laps the tire was finished and I had no traction at the exit of the corners. A positive momentum for me and the Team, very little is missing to be there fighting for the podium and we will work hard tomorrow in the testing session to make this last step forward that separates us from this goal.

It wasn’t an easy start, but I was trying to recover and not put too much stress on the front tire. I was getting a lot of hot air in slipstream and, even if I didn’t force much the braking at that point at Turn 10, I crashed. A real shame for the whole Team, they did a great job. An aspect on which I have to work and make a step in order not to run into these mistakes again.

#CatalanGP
Get All Our Latest News Sent Direct To Your Inbox
Join 30,271 other subscribers.
Follow on Social Media
Get the VROOM Podcast
Download our Vroom.GP App