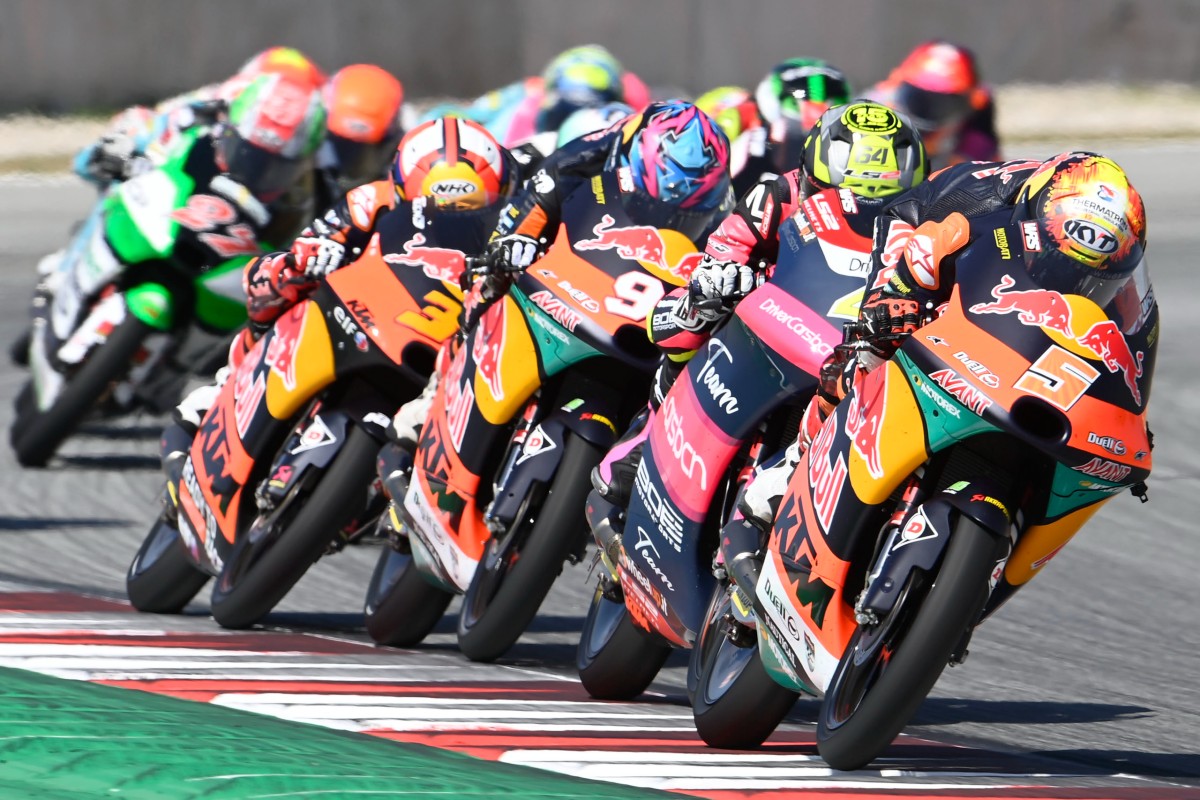 The Moto3 Catalan Grand Prix race took place this Sunday in Barcelona, with the Red Bull KTM Ajo riders Jaume Masia and Dani Holgado taking off from the fifth and sixth rows of the grid respectively. Both riders would perform strongly during the contest: Masia came home eighth, with Holgado crashing out before the end.

Masia, who started the Moto3 race from fourteenth, dropped down several places early on, but was able to recover quickly, setting the fastest lap and matching the pace of the frontrunners. He gained ten positions in the space of just four laps and moved into the Top 10, then caught the leaders and battled for the podium – including a spell in the lead. In the final stretch of the race, the group broke up and, despite the fact that Masia pushed hard, he finished eighth.

Holgado recovered his good feeling during the morning warm-up. In the race itself, the Red Bull KTM Ajo Moto3 rider got a good start that allowed him to climb positions off the line. Part of a very large group, in which he rode within the Top 10, Holgado got caught up in a crash involving several other riders with ten laps to go, forcing him to retire when he had been in eighth place. Despite the setback, he showed great pace over the weekend and took a step forward in his adaptation to the class.

Masia occupies 3rd place in the overall standings, with 103 points. Holgado is 15th with 28. The next round of the Moto3 World Championship will be the German Grand Prix, held from June 16-19th.

I felt very good, but at the end of the race I lost some grip with the rear tyre. It was very difficult for me to be competitive, which was a shame because we were able to be at the front and even compete for the win after fighting our way back. In the next race we will be stronger.

It’s difficult to assimilate today’s result, because crashing out through no fault of your own is always tough. This is racing and it can happen, and I know that it’s not something that is done on purpose. I was doing a very good job all the weekend and we were at the front. I’m sorry for the team because they deserved a good result here at home and I wanted to give them that. It wasn’t possible but I’m sure we’ll have many more opportunities this year. We will keep our heads up and keep working.