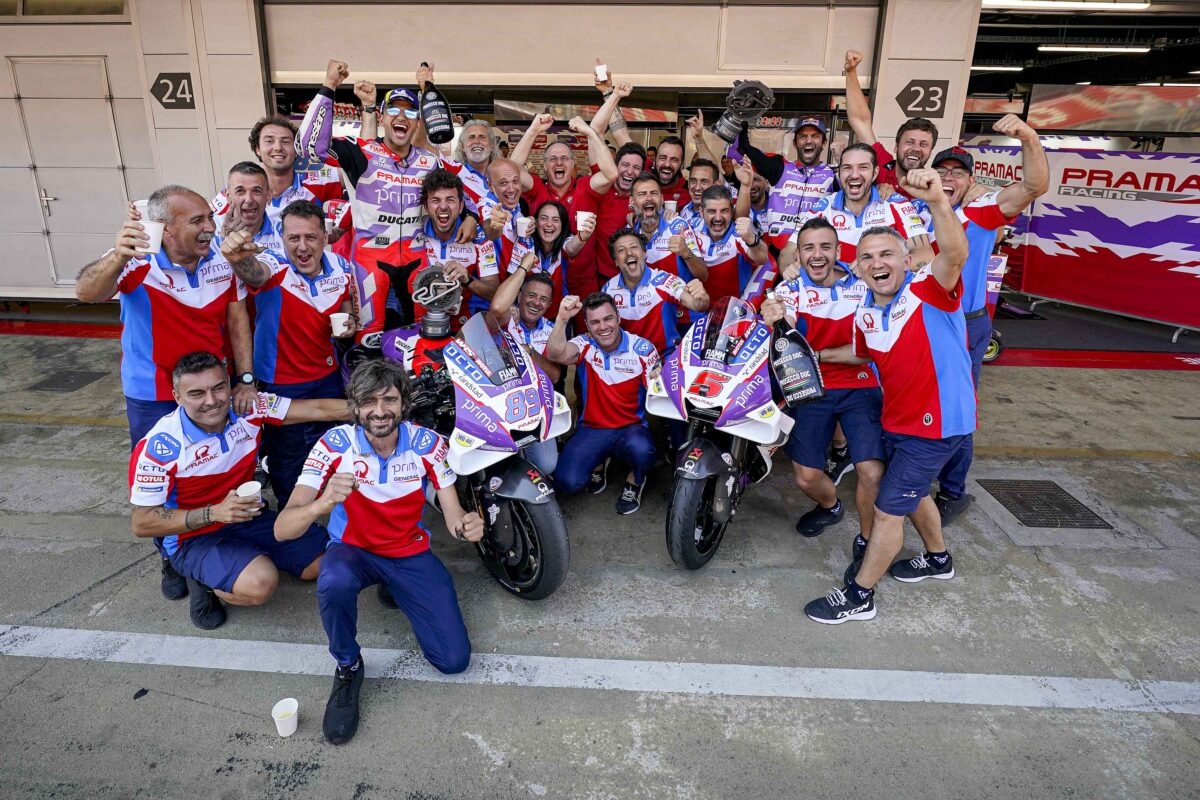 Fantastic double podium in the Gran Premi de Catalunya with Jorge Martin (P2) and Johann Zarco (P3). The Prima Pramac Racing team celebrates in full under the podium at the end of a Sunday to remember.

The Gran Premi de Catalunya ends with a fantastic result with Jorge Martin and Johann Zarco respectively second and third under the chequered flag.

The Spanish rider was the protagonist of a great duel with Aleix Espargaro (Aprilia), taking second place on lap four. Espargaro’s response came halfway through the race before a mistake on the final lap allowed Martin to take the second step on the podium.

Johann Zarco, the only one in the leading group to start on hard tyres, stayed glued to the podium zone throughout the race, even trying to attack Espargaro before taking advantage of his mistake and finishing an exciting third.

I didn’t come back because I never left… I am so happy, it was needed for me and for the team. We have worked so hard and we deserve this podium.

I am happy, we were strong all weekend and I took advantage of Aleix’s mistake to get on the podium. We have taken a step forward this weekend and now we have to continue like this.