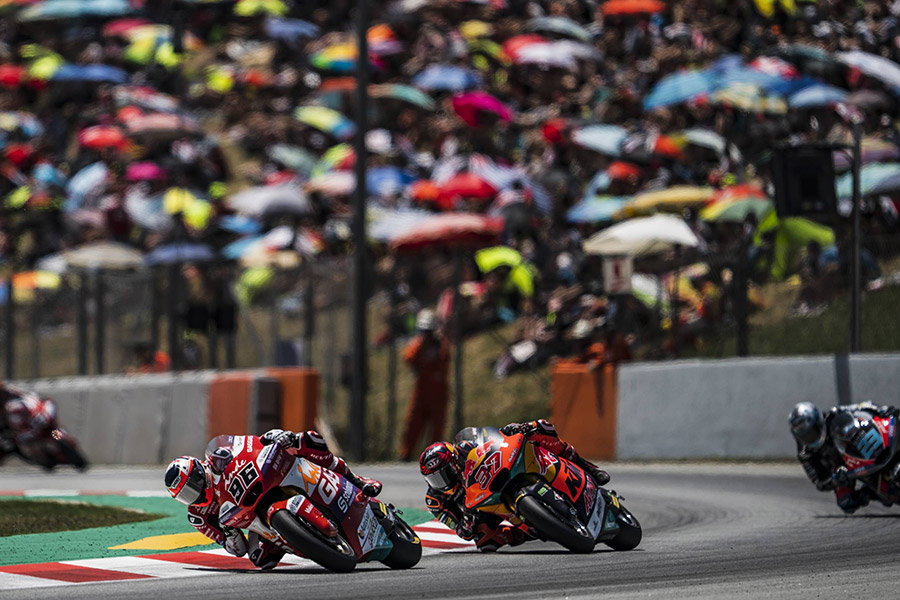 Jake Dixon was one tenth off from being able to offer a double podium finish for the Inde GASGAS Aspar in Barcelona after Izan Guevara’s win in Moto3. The British rider was fourth, six tenths of a second behind the winner of the Catalan Grand Prix, Celestino Vietti, who with this victory increases his lead advantage to 16 points over Ai Ogura and 24 over Aron Canet, who was second today.

The Inde GASGAS Aspar riders shone yesterday in the qualifying practice, by getting second row positions, and they shone during the race today, fighting in the front positions. However, the end has been very different for them. Jake Dixon has finished 21 of the 22 laps of the race in podium positions, and has even led a couple of laps. However, on the most important lap, the last one, he has seen Augusto Fernández overtaking him to finish third. On the other hand, Albert Arenas, who was third halfway through the race and was sixth with three laps to go, had a technical problem with the fuel, and this prevented him from closing the home race with a great result.

4th Jake Dixon (+0.646):
“Annoying to be at the front the whole race and then to lose a podium on the last lap! Anyway, I gave everything today. We know where we need to improve. We finished 0.6 from 1st and now we need to get our heads down for Sachsenring and do better and be stronger next time.”

Albert Arenas (DNF):
“I’m still frustrated. Just two laps from the end and we had a problem with the fuel. Overall, I guess I’m happy with how the weekend went because we were competitive for the podium and at the front of the pack. We worked well and had a good rhythm. We also found more things we know we can improve. All we can do now is think of the next race.”