Miller finishes 14th in the #CatalanGP, DNF for Bagnaia 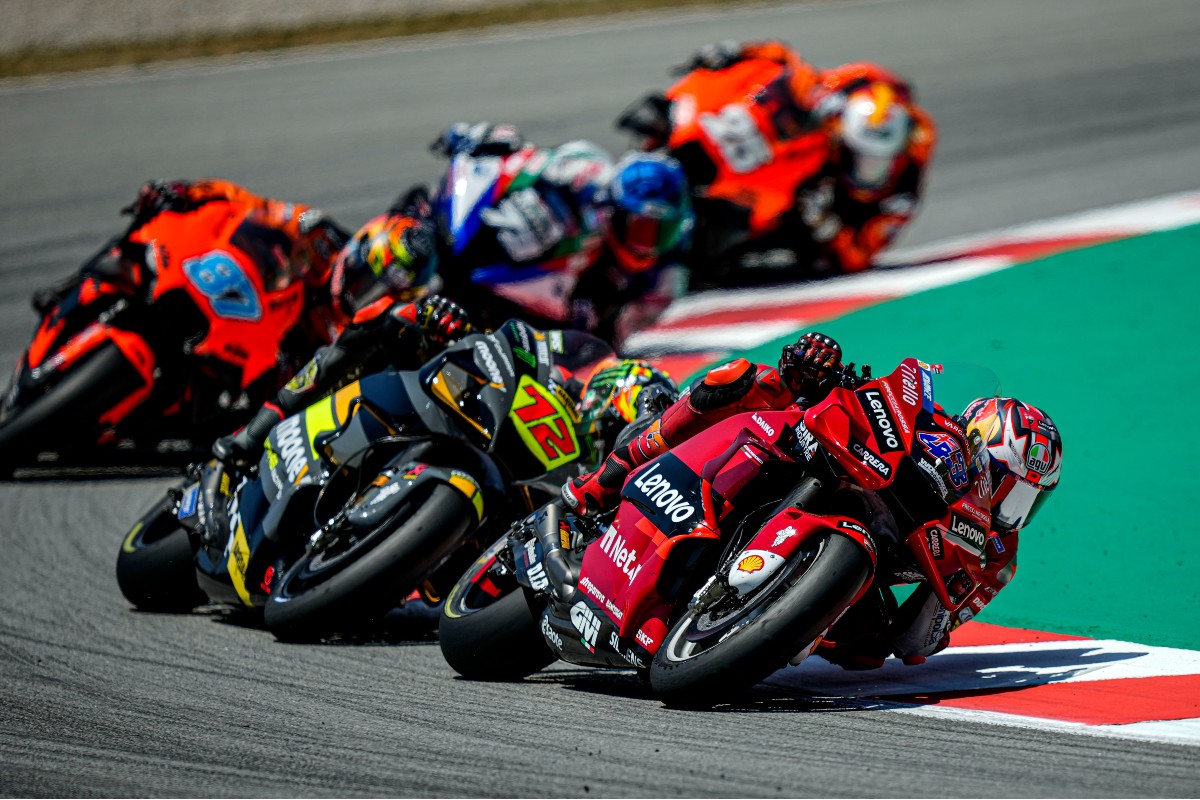 The Catalan GP, the ninth round of the 2022 MotoGP season staged this afternoon at Montmeló near Barcelona, did not bring much satisfaction to the Ducati Lenovo Team riders.

Starting from eleventh on the grid, Jack Miller dropped back into seventeenth position in the opening laps. Despite the lack of grip that slowed him down from start to finish, the Australian rider was still able to climb back up to eleventh, but, in the final stages, with the tyre drop, he was unable to defend his position, eventually ending the race fourteenth.

It was an unlucky race for Pecco Bagnaia, who was forced to retire after being involved in an accident at the first corner. The Italian rider, who started from second on the grid, was in third place when Nakagami hit the rear tyre of his Desmosedici GP, dragging him to the ground along with Rins.

After today’s race, Pecco finds himself fifth in the overall standings, 66 points behind leader Quartararo, while Jack occupies the ninth position, 16 points behind Bagnaia. Ducati maintains its leadership in the Constructors’ Championship, thanks to the second place obtained today by Jorge Martín (Pramac Racing) ahead of teammate Johann Zarco.

It was a really strange and disappointing race. I suffered a lot from the lack of grip from start to finish. I decided to race with the hard tyre hoping that I could be strong at the end, but it didn’t work out that way. The rivals were able to pass me both on the inside, and the outside and the rear tyre was so worn that I couldn’t keep my lines. It’s a pity.

First of all, I’m happy to hear that Nakagami is OK after the nasty crash. In my opinion, he went a little overboard, considering it was the first corner of the first lap, and he had already made up several positions. These are races, and I don’t have much to add. Now, we have to work heads down and stay focused for the next races. We can do well in the upcoming Grands Prix and make up some points. It won’t be easy given the consistency of Quartararo. Still, even last year, we had a significant disadvantage, and we managed to finish the season 26 points behind him, so everything is still open.

The Ducati Lenovo Team riders will be on track tomorrow at the Circuit de Barcelona – Catalunya for a day of collective testing, while the next Grand Prix will be held at the Sachsenring, in Germany, from 17th-19th June.

#CatalanGP
Get All Our Latest News Sent Direct To Your Inbox
Join 30,271 other subscribers.
Follow on Social Media
Get the VROOM Podcast
Download our Vroom.GP App