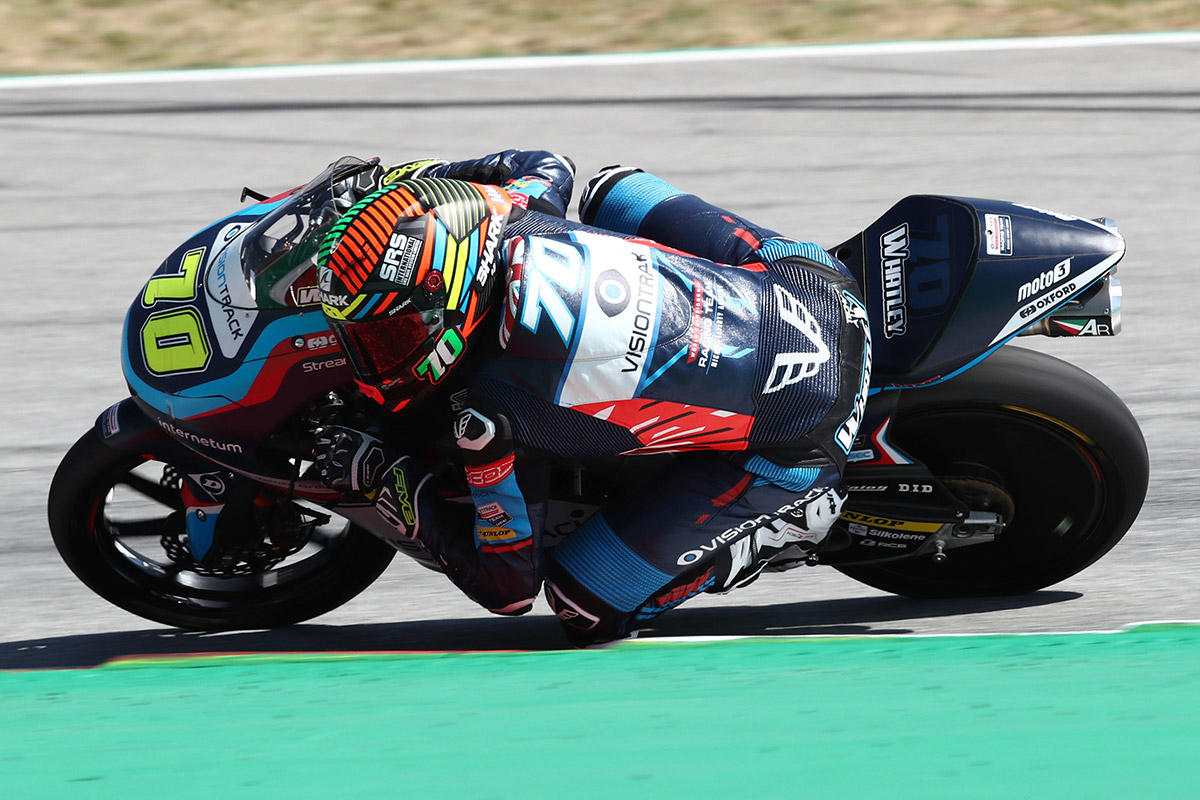 VisionTrack Racing extended their points haul at the Barcelona Grand Prix. After a strong start on Friday for the team, things became a little more complicated in the qualifying session. Dramatically both Josh Whatley and Scott Ogden made small mistakes and crashed out in the first stint. Thankfully Scott Ogden had already posted the fastest time to advance through to the Q2 stage. The mechanics worked flawlessly to repair the bike in only five minutes to ensure Scott could get straight back out for Q2.

The hard work paid off as Scott posted the 13th best time to qualify on the 5th row of the grid. Syarifuddin Azman joined the team as a wildcard and qualified in 26th. After showing such strong pace in practice, crashing out early meant Josh didn’t post a time and subsequently found himself down in 30th on the grid.

Race day provided another frantic Moto3 race, after initially coming round in 14th position Scott made a small mistake and dropped back to 22nd position. He fought his way back through but unfortunately a crash in the front pack split the group apart and he crossed the line in 14th position. Syarifuddin hung on to the coat tails of the main pack in the early stages of the race and crossed the line 20th. 12 laps into the race Josh received a long lap penalty and retired from the race.

Scott Ogden
“I was pleased with the pace we showed in particular sessions, it’s really coming together now. I feel like I have the pace to be in the front but there’s a little bit we need to battle with them now. Overall I’m happy with the team and how everything is going.”

Josh Whatley
“Eventful weekend! Showed we have decent pace to be up there. I’m really disappointed with today. Thanks to the team for the non stop hard work and support!”