British Talent Cup: Belford back on top, drama hits for Garness and Brown at Knockhill 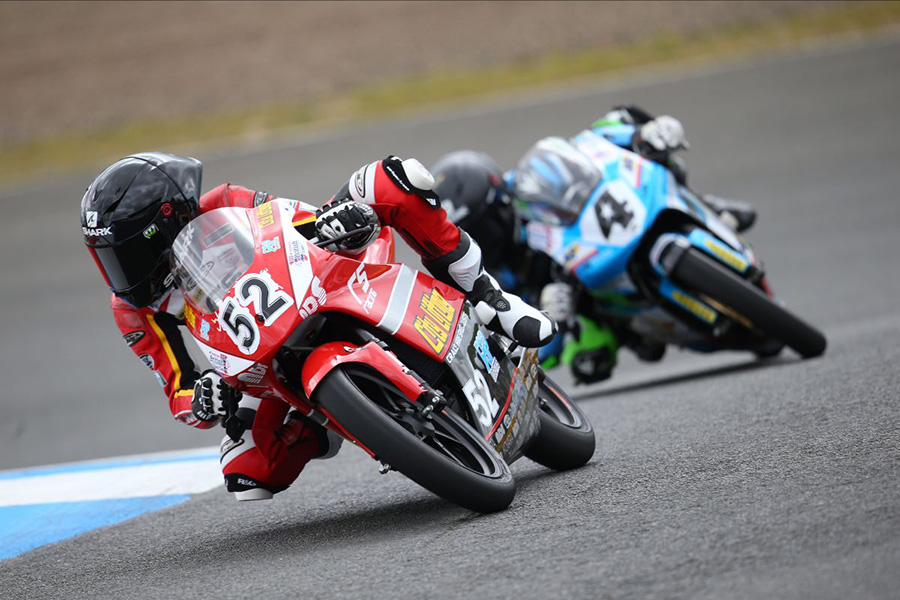 Race 1 at Knockhill boiled down to a duel between the returning Evan Belford (City Lifting by RS Racing) and Sullivan Mounsey (Wilson Racing/J&S Accessories) on Saturday – with the number 52 just able to stay ahead over the last lap and secure his first win of the season. Local rider Troy Jeffrey (ThorneyCroft56 Racing) impressed to complete the podium on home soil in Scotland, pulling clear of Bailey Stuart-Campbell (Team 151s/Lextek) by just under a second by the flag.

The key drama was two fold, however, as Johnny Garness (MLav VisionTrack Academy) initially pulled clear with more than three seconds in hand before sliding out, seemingly giving teammate and closest rival for the crown, Carter Brown, a chance to close in. But a handful of laps later that chance disappeared as the number 74 then suffered a technical problem, taking him out of the fight for the win.

Up ahead, Belford vs Mounsey pounded on in the lead, and the two were closely matched until the former was able to make a small gap on the final lap and stay ahead over the line, returning from injury in some style. Mounsey impressed with another showcase at the front, however, and this time is rewarded with a podium.

Behind, Jeffrey converted a good qualifying, great start and top pace into third place and a first podium, edging clear of Stuart-Campbell in the latter stages.