5th and 7th for Aldeguer and Lopez in the #GermanGP 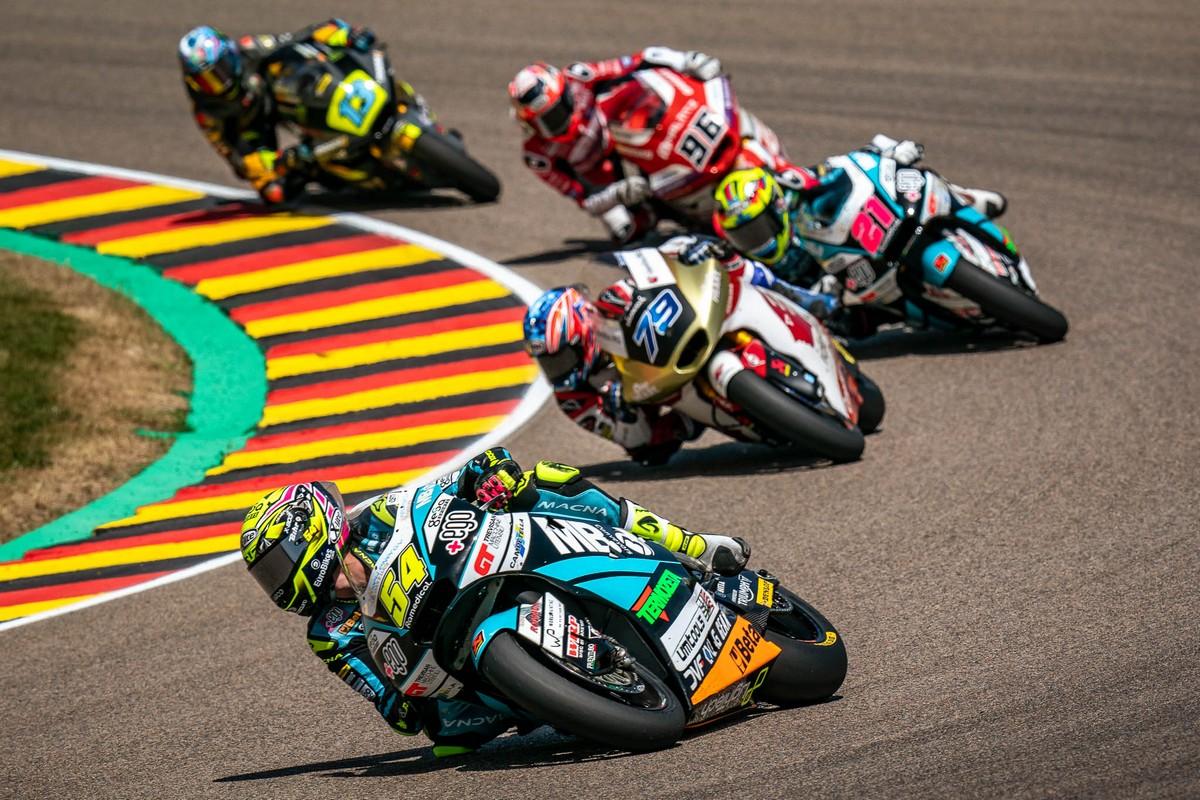 A very emotional Sachsenring today. It was a weekend of revelations in which Aldeguer and Lopez went beyond expectations by closing the German Grand Prix in fifth and seventh place.

Surprising Fermin who staged an incredible comeback: from p13 to p5, signing his best result in the World Championship. Excellent start for number 54 in which he recovered 4 positions and later managed his race well, gaining space and reaching the leading group up to the fight for the podium in the final laps.

Lopez completed the 28 laps of the Moto2 race on German soil with a well deserved seventh place. Some insecurity at the start made him lose two positions but he was able to recover immediately. The number 21 maintained an excellent pace until the last laps of the race where he was slowed down by the loss of feeling at the front, but continued to control the bike and secured an excellent p7.

Magnificent race! Starting from the thirteenth position we climbed back up to the fifth! Our pace was to win or at least 100% for the podium, but obviously having to recover a lot of seconds and when I reached the first group I couldn’t go any further. However, I am really very happy with the work done this weekend, we have found confidence, having fun on the bike and this is the most important thing!

I’m really happy with today’s race! I felt good on the bike especially in the first laps where, despite the traffic, we managed to get away and put many riders behind us. In the last few laps, it is true that we suffered quite a lot on the front, but I’m happy because it’s my best result in the Moto2 category and I can’t wait to get back on track in the Dutch Grand Prix!