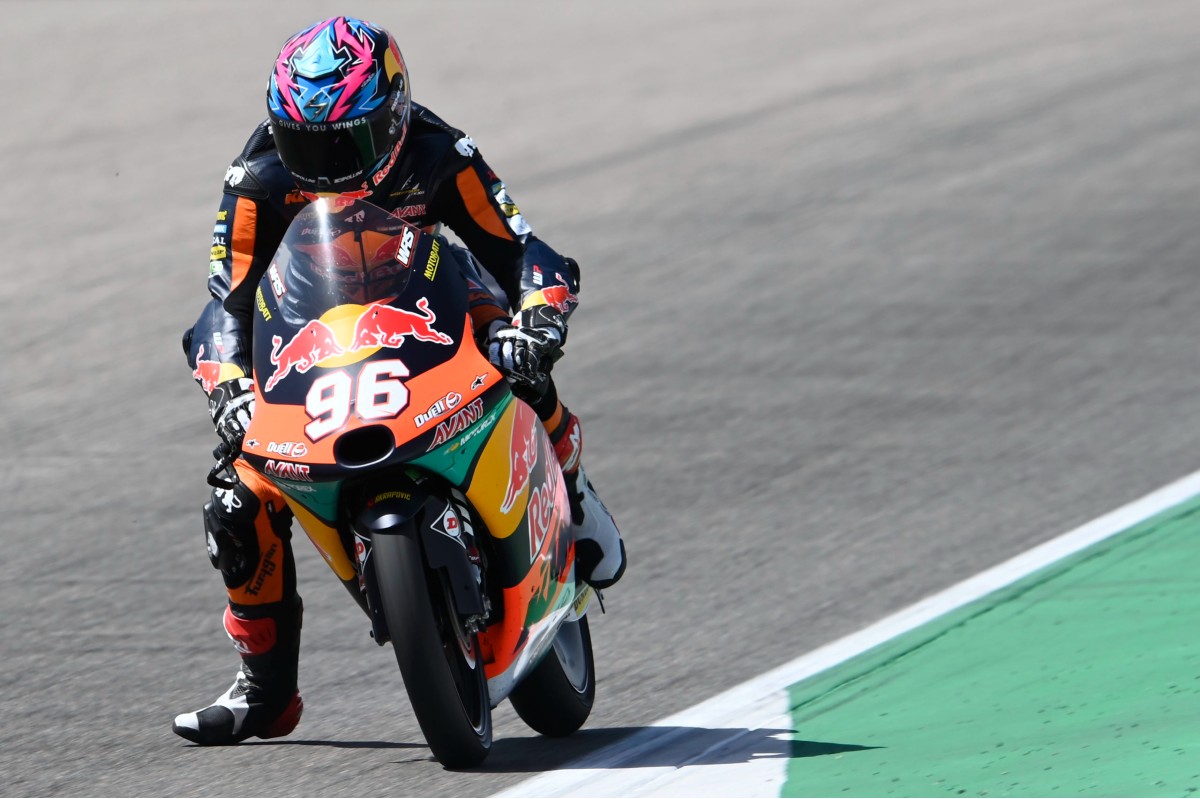 The Moto3 German Grand Prix was held on Sunday, and saw the Red Bull KTM Ajo Moto3 riders contending with high temperatures at Sachsenring. Dani Holgado finished in sixth position, his best result of the season so far, whilst Jaume Masia crossed the finish line in twelfth.

Holgado started from the front row of the grid, in third place, and dropped several positions off the line. However, he quickly managed to recover and rose to second place. Following the early going, he remained in the front group, but lost touch with the Top 3 as the pace rose, and eventually took the chequered flag in sixth place.

Masia was eighteenth on the grid, but his strong pace took him up ten places in just five laps. Midway through the race, he fought for seventh as the group split up due to several crashes, then on the final laps he held out as high temperatures began to take their toll. Masia eventually claimed twelfth.

Jaume is fourth in the overall standings with 107 points, while Dani is fourteenth with 38 points. The next round of the Moto3 World Championship, the Dutch GP, will take place on June 23rd-26th.

It was a difficult race, with a very fast pace from the start. I was a bit far back and I decided not to take too much risk, because I didn’t want another DNF. I felt comfortable in the group and wasn’t making any mistakes. This is a short and demanding circuit, and the heat also had a big influence on the tyres. We’ve learned a lot from this race and we hope to get another good result at Assen next weekend.

I felt very comfortable at the start of the race, but there were several crashes and the group broke up as a result. It was difficult to close the gap without slipstreaming and towards the end of the race the tyre dropped off quite a bit. I tried to fight to get into the Top 10 on the last lap, but it wasn’t possible. Now it’s time to review the data and focus on Assen.