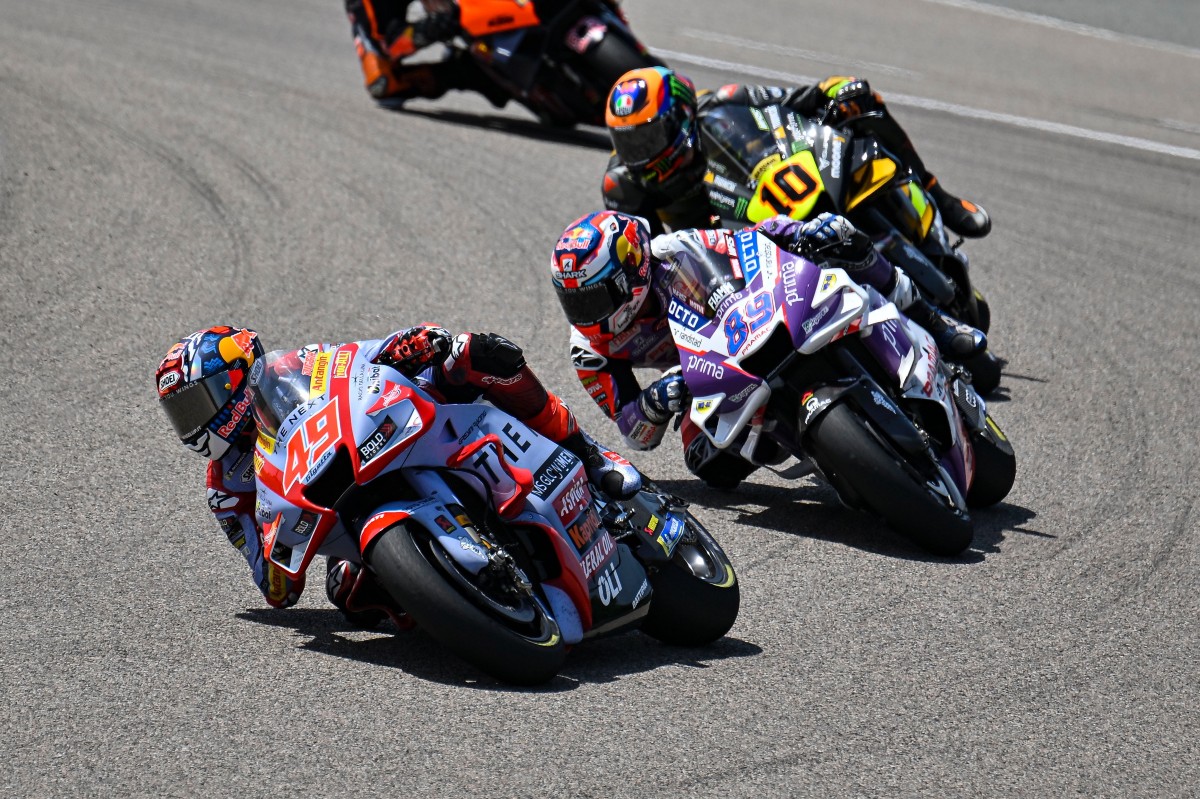 The explicit goal was the top ten, and the result was an eighth place. Fabio Di Giannantonio’s season keeps trending upwards: from the incredible performances on the single lap in recent encounters, he now secures a strong result when it matters the most at the Sachsenring.

He had a good start, a great pace, a super form and despite the allergy, the #49 showed he can battle near the front. With not even halfway of the season reached, he is back in contention for the Rookie of the Year award, with Bezzecchi only 19 points away now.

Enea Bastianini also had a strong performance which led to a top ten finish. Compared to other type of results achieved this year it may not sound much, but it was a really important one after crashes in Mugello and Montmeló. The #23 loses one place in the championship standings as he is now fourth after being overtaken by Zarco – but he still managed to reach the 100-point milestone.

We had a super weekend. We were always quick, and we did set a great lap-time in qualifying. I was feeling good for the race: I started strong and was in control in the first part. In the second half, with the heat and the tyres that were sliding a lot, I lost a few battles. I have must say that this has been the first race where I could fend off the attacks coming from my opponents, so I say goodbye to Germany with really great feelings.

I’m only half happy: I didn’t have a great start as the bike did a wheelie. I lost many places, but little by little I was able to recover. I really wanted to bring the bike home and tenth is good confidence-wise. It’s without a doubt a positive Sunday, especially if we consider the absence of Alberto and yesterday’s unlucky qualifying. It has been a difficult weekend, but one on which we have built a good result.