Double crash for Vietti and Antonelli in #GermanGP 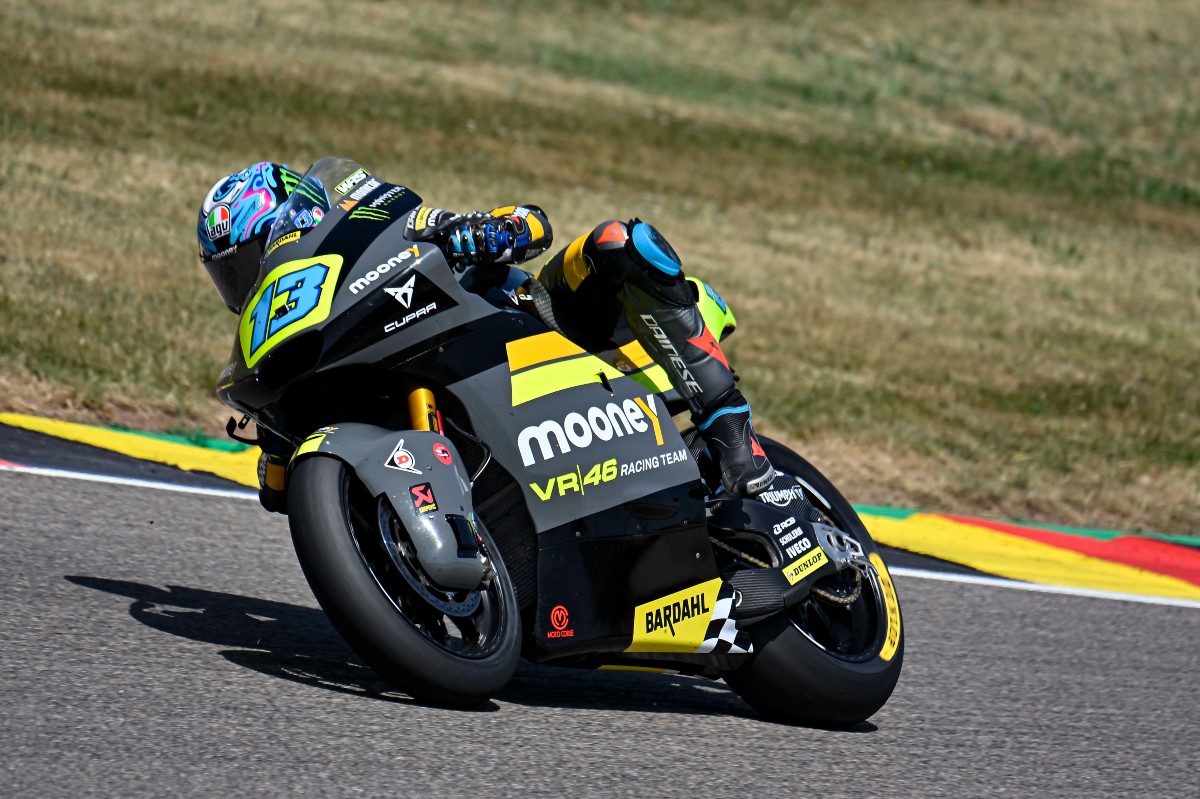 A Sunday to forget with a double crash for the riders of the Mooney VR46 Racing Team Moto2 at the German GP, which took place today at Sachsenring.

Starting from the third row of the grid and in P10 after a less than perfect start, Celestino Vietti tried to recover on the group fighting for the very first positions. 11th with 7 laps to the chequered flag, he was the victim of a crash at turn 1 without being able to get back on track to complete the race. With today’s zero, he maintains the top of the general standings with 133 points (P2, Ogura 125 points) on the eve of the last GP before the summer break (Dutch GP, next June 26th).

Niccolò Antonelli was also forced into the pits prematurely, in the gravel after a crash at turn 13 when he was in P26 after a particularly complicated weekend.

A difficult race, complicated and compromised by the crash. I didn’t have a great start, the first corner I went a bit wide and immediately I started to have no grip at the rear and even at the front I was struggling to have the same confidence as yesterday. In the warm up I tried a change, but I couldn’t find myself at ease and we took a step back. I couldn’t push as I wanted, I was at the limit with these temperatures, but I tried not to lose the contact. I’m also really sorry for the team, they did a great job, and I can’t wait to turn the page in Assen in a week. We analyse the data to understand what happened.

A very complicated race, especially after yesterday’s qualifying. The temperatures complicate a bit the situation, even physically, and I have struggled a lot on the pace. From the first laps, I tried to keep up the pace, but I had no rear grip, I took some risks, and at turn 13 I lost the control of the bike without being able to do anything to avoid the crash. A real shame, let’s get back to the data for next week’s GP.